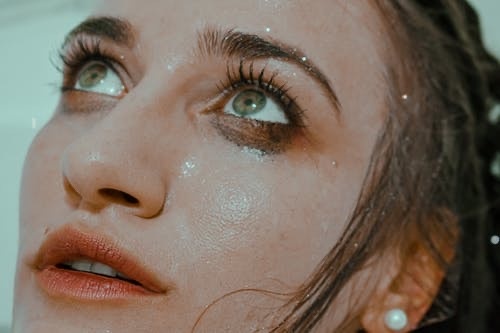 After politician Beppe Grillo published a video in defense of his son, Italian women decided to speak up.

The social media hashtag #ilgiornodopo was born in the fight against abuse in Italy. Italian women had to defend themselves against the attacks of Beppe Grillo. Aka, when politics hurts its people. Instead of helping them.

Ciro Grillo and his father: the case

Beppe Grillo is an Italian comedian and politician, the founder of the Movimento Cinque Stelle. In 2019, his son Ciro was accused of gang rape. The evening started at the famous Sardinia club Billionaire, where Ciro and his friends were partying. Before dawn, the group left the club with two girls to head to Grillo’s residence.

According to the victim, her friend fell asleep. And that’s when the abuse started, on both women. Alone and awake, the victim was raped by all four boys. The girls (one named Silvia) went to the police right away to denounce the abuse. Meanwhile, the boys maintained it was consenting sex.

The public attorney begged to differ and called the fact “gang rape.” In their reconstruction, the investigators claim that the first victim was forced to have sex in both the bed and the shower. Three of the boys were standing by and watching, while the other girl slept.

After, another abuse occurred by the rest f the group. During this time, the girl was forced to drink half a bottle of vodka. Then, she passed out.

The investigations ended in November 2020, after almost two years. The officers wiretapped the phones of the four boys and the phone of Parvin Tadjik, the mother of Ciro Grillo. In fact, she was in the residence the night of the rape. But she has always claimed she was sound asleep, so she didn’t hear anything. Still, rumor has it there is a video of that infamous night.

The public attorney should soon decide on either the dismissal of the case or the indictment.

The four friends claimed it was consenting. To prove it, they cited their nightly run to get cigarettes. According to them, the girl accompanied them to the store. Once they got back home, she willingly had sex with them. Furthermore, the following days, she sent friendly and nice message to the four.

The girl stayed in Sardinia for her vacation. When she went back home to Milan, she went to the police. According to the boys and her families, the girl’s behavior proved there wasn’t any abuse. To highlight the concept, Beppe Grillo released a video.

The Italian politician published the video on Facebook. While sharing it doesn’t help the cause, here are a few excerpts.

”My son and his three friends are in the media as abusers. I wonder why, if they really are abusers, they are not in jail. They’ve been free for two years, why didn’t you arrest them? Because you realized they are innocent. Nothing happened because someone who was raped and reported it eight days later, well, that seemed weird to you. We are devastated.”

Of course, Grillo’s comments didn’t fly well with women and victims of violence.

#ilgiornodopo because there is no expiration date on abuse

According to Beppe Grillo, waiting eight days to report rape and abuse equals lying. In fact, victims report it right away. Or do they?

That’s how the social initiative #ilgiornodopo was born. Literally, the day after. Because there is no manual for women nor is there a correct and acceptable time or behavior. Victims react and act when they are ready, not when entitled politicians tell them.

“It happened, shut it inside a drawer and never open it again. Because you know how much it could and would hurt you.” The day after her rape, Federica went on holiday with her parents. She was in denial and it took her almost five years to admit what had happened. More women shared their stories after Grillo’s video.

The day after, I went to the beach. #ilgiornodopo

Latest updates on the case of Ciro Grillo

On Monday, May 3rd, the public attorney closed the investigations. As a result, the four boys are accused of sexual abuse, while three of them are also accused for the sharing of obscene pictures (the ones of the sleeping girl). Now the defense has 20 days to request any additional interrogations. After that, it’s either dismissal or indictment.

We agree, and that’s why we are following this story and giving it voice: to promote change. There are actually some developments that we’ll publish soon.

Always the same stories again and again. We need more movement like #ilgiornodopo to help all the women over the world

I wish all the best to this poor victims…