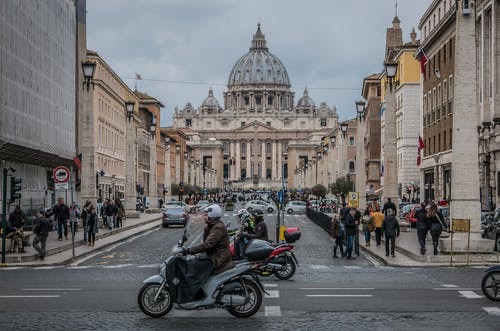 The ancient Romans said it first and they said it better:

Aka, give food and entertainment to the people and the people will be happy. Hence, the gladiators, to keep the “ordinary” crowd quiet. If they are having fun and they tummies are full, then they won’t ask questions.

The first question is: why does Italy keep changing executives?

The reason behind this rollercoaster

The short explanation is the division among parties. They create coalitions before the elections and they fight during the administration. A vote of confidence gets called and the winners of the elections lose the mandate. The Prime Minister and its cabinet members don’t have enough votes in the Parliament and Senate to keep ruling.

The government falls and the boiling potato passes to the President of the Republic. He has to nominate a temporary executive with a leader who holds talks with the parties. They are still looking for coalitions that can lead to a new executive or, if there is no agreement, to a new election.

Here are a few numbers that say it all. Italy has been a democracy since 1948, so for 73 years. In these decades, it has had 66 executives (counted until 2018). For an average of one new government every 1.14 years. When a mandate is supposed to last five years. The Economist has a few more numbers to explain this trend in Italian politics.

“At the root of Italy’s political instability is the readiness of Italian lawmakers to abandon the parties for which they were elected, “ the article states, “of the 945 deputies and senators elected at the last general election, 147 had changed parties by the end of 2020.”

This is the question for Italian politicians. The “poltrona” is the chair, the chair of power in the executive. It’s the stuffed, velvety chair that politicians want to hang on to, even if that means changing parties -sometimes drastically.

Indeed, the “poltrona” is worth a lot. More than voters? Perhaps Italians feel this way, since in the fall of 2020 they voted to reduce the numbers of chairs. Now, in the Parliament will sit 400 members, while in the Senate will sit 200 of them.

However, the salary hasn’t changed.

The main parties in Italian politics

Italy has many political parties but the general tendency of the country is socialism. That’s opposite to the USA, a country that leans towards capitalism. This means that, in the Peninsula, the right wing is pro-state healthcare. The same goes for education, since most universities in Italy are supported by government funds.

You can already see the difference between the two countries, right?

While going all the way back to the Romans would be useful, looking at the past decades can explain a lot.

Silvio Berlusocni founded it in 1994, to later change its name to The Freedom of People (PDL) in 2007. It’s a center-right party which has always centered around Berlusconi’s charisma. It had a short sniff of power between 1994 and 1995, but the real executive happened in 2001. For the next five years, Forza Italia ruled with its agenda, pushing a judiciary reform from the media’s mogul.

Founded by Umberto Bossi in 1989, this party is currently ruled by Matteo Salvini. It used to form coalitions with Forza Italia, until the marriage between the two founders ended. This is an Euro-skeptic group, centering around populism and the fear of immigration. Its latest stint with power was just in 2020, with the unsuccessful coalition with the Five Star Movement.

The comedian Beppe Grillo founded this movement in 2009. While it wasn’t born to be a traditional party, it quickly turned into one. Especially when it swept over Italy in the 2013 election. The M5S believes in non-traditional politics and it doesn’t like the label of “party.” They were born with the idea of no alliances, ever. Until the “poltrona” called and its members formed a coalition with the Lega Nord after the 2018 elections.

The PD was born in 2007 from a merger of different leftist parties. One of its most controversial figures is Matteo Renzi, who became the Italian Prime Minister from 2014 to 2016. The ideology of the Democratic Party has shifted through the decades, but common themes are taxes for the wealthy and attention to the environment.

The list of Italian political parties seems endless. As people leave the ship, they create a new one. And it’s all theirs. In the last elections, in 2018, the count reached 14. It’s the systemic, decade-old issues that create chaos in Italy such as too many parties, too many politicians, but always the same faces. And the “poltrona,” like a magnet.