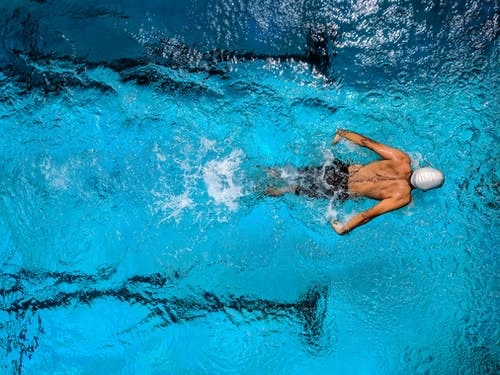 But barely anyone is talking about it.

The European Aquatics Championships have been taking place in Budapest. They started on May, 10th and they will end today, on May 23rd. Despite the victories and success of Italian swimmers, no one is taking about it. So, Life in Italy is taking a look at the tricolor champions.

Italians at the European Aquatics Championships

Here are the athletes that represent Italy. All of this while waiting for the Olympics in Tokyo.

Surely, one of the main protagonists has been Simona Quadarella, who won the 1500 freestyle swimming race. Her winning time was: 15’53”59. And this happened only a few days after she triumphed at the 800 freestyle swimming race. After these two victories, she managed to swim in the 4×100 relay race. The team of four also included Stefania Pirozzi, Sara Gailli, and Federica Pellegrini. They gained the bronze medal, tireless after weeks of competitions.

”My goal was to win another gold and confirm my status as European champion,” Quadarella said to Rai Sport, “and i made it. I even cried a little for happiness.”

Someone who did cry and who showed emotion during the European Aquatics Championships was Federica Pellegrini, a pillar of Italian swimming. Afraid of being too old to compete or to be competitive at all, she proved everyone wrong. Even herself. Her silver medal in the 200 freestyle swimming counts as a gold, for the 32-year old.

”This silver is a confirmation,” said Pellegrini, “I was tired after the relay and the qualifiers, but my coach and i decided to make matters more complicated with a solo race, which will be the last one before Tokyo. It was a risk but I’m very happy. This medal wasn’t a given.”

But the Italian women of swimming didn’t stop here. In fact, the young 16-year old Pilato won the 50 breaststroke and she even set the new world record. Plus, Barbara Pozzobon won the bronze medal at the 25km race. Her time was 4h54’58’’ and it was worth her the first European medal of the career. Another success came from Martina Caramignoli, who gained third place in the 1500 freestyle -indeed, the same one Quadarella won.

The most successful was Gregorio Paltrinieri with his two gold medals. Once in the 5km race and the other in the 10km. He confirms to be a true champion, never afraid of a new challenge. After winning the 10km, Paltrinieri couldn’t believe it.

”I was so tired, but it was a great race,” Paltrinieri said to Sky Sport, “in the last 100 meters, I saw stars, but it was worth it. I am thrilled: two races, two gold medals.” What else could he ask for? To see his teammates triumph too.

Like the silver medal of Alessandro Miressi in the 100 freestyle or another silver, gained by Federico Burdisso in the 200 butterfly specialty. More medals came from Matteo Furlan, who ended second in the 25km, with a stunning finish time of 4h36’05”.

So far, Italy ended the championship a total of 44 medals, third in the general medal count. Of these, 10 are gold, 14 are silver, and 20 are bronze. Indeed, this is a great result for Italian sports, waiting for the Olympics.

Only 16 and she establish a world record, what a life lol