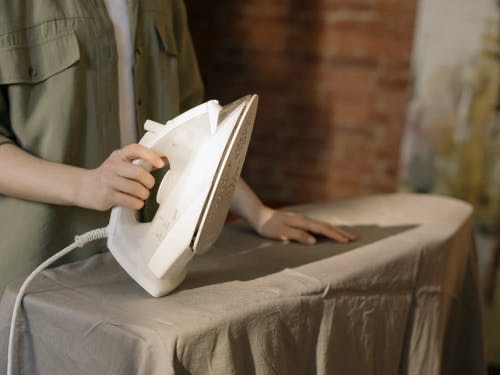 He took his marital complaints to court. But the judge agrees with the wife.

Wash, iron, clean, do the laundry, cook, and look after the kids -and pets. Without a doubt, being a housewife isn’t easy. But being a housewife in Italy can also mean being sued by your own husband. And yes, this is a true story.

What happened in Foggia

He wanted to get a legal separation because his wife didn’t comply with her wifey duties. Indeed, he wanted to end the marriage because, according to him, the woman wasn’t taking care of the house and of him. Even worse, she was damaging the interests of the family.

The man said that the marital duties are “clean, iron, and cook.” Plus, some washing, here and there. So, he went in front of the judge full of confidence. But the joke was on him. In fact, the judge of Foggia sided with the woman. Here’s what the final decision stated:

“It is inadmissible to create a situation of submission. A situation in which one takes care of all the house and domestic chores, which include the care of the kids. But this should be a responsible education approach.”

Hence, the husband can’t ask the wife to do the domestic duties, without ever helping. Especially when it comes to kids. Teaching sharing responsibility and collaboration is a key element to education. Motion for separation dismissed. Now it’s up to the woman to take the next step.

The reality of a housewife in Italy

This is a full time job. What is Italy doing for its housewives?

In 1995, a ruling from the Supreme Court established that “being a housewife is a job.” So much so that it was even introduced in the Constitution for its social and economical value. At the same time, the Constitution includes the responsibilities and duties of a housewife in Italy. But they don’t have the same legal protections as other workers.

The protections, according to the law

In 2020, the Italian government established a bonus for any housewife. The goal is to promote personal training and education. Plus the promotion of the cultural opportunities for the housewives, to get them more involved in the community.

This is not a check that arrives in the mail. In fact, this bonus has specific requirements and conditions. While it also applies to men, this is a credit. Beneficiaries can spend it in classes or for professional and cultural events.

So, being a housewife in Italy is a job. But an unpaid one. While there are a few protections and recognitions in place, these might not be enough. Hopefully the ruling from the judge of Foggia will at least change the men’s perspective.

How in the 21 century can you do this and think it’s gonna work ?!

0
Life in Italy > News > “My wife doesn’t cook and iron,” he goes to court. The judge sides with her.