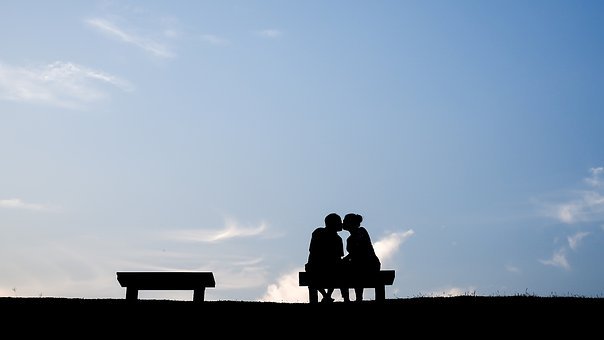 In the Tuscan city, three boards invite people to kiss. After the pandemic, there is no better way to reconnect.

The seaside city of Follonica has introduced three Kiss Zones. From the idea of a local to the implementation of the mayor. And it’s not just a way to advertise this Tuscan destination. It’s a way to take back what we lost during the pandemic.

What are Kiss Zones?

The name might say it all, but this initiative is also inclusiveness. In fact, the boards feature the rainbow of the LGBTQ community. A symbol that Follonica doesn’t discriminate.

”Kissing is a universal gesture, always subject of poems, songs, and movies,” said local politician Mirjam Giorgieri, “now, it’s the subject of Follonica’s street signals. The invitation is simply to love, in all shapes and against any prejudice.”

A local graphic designer proposed the Kiss Zones idea to the municipality. He drew two kissing figures and the rainbow. The community liked the concept right away. Now, there are three signs all around Follonica. One is on the panoramic seaside, the other in Mazzini Square, and the third one in Levante Beach. So couples of all genders and sex can kiss by the Mediterranean.

The municipality also launched a social media campaign. Anyone taking a picture or video by the Kiss Zones can post it with the hashtag #Follove. Indeed, Follonica love. It’s both a way to promote the Tuscan destination and to promote normal life.

“Kissing at sunset or with the sea as a background,”said Giorgieri, “is a signal to promote our territory, but above all the hope of a newfound normalcy.” After 2020, it’s time to get back to hugging, kissing, and to restart life. The goal of the Kiss Zones is just that.

The pandemic effects on intimacy

Without a doubt, lockdowns and movement restrictions have changed the way people feel and interact. Italians aren’t immune. According to a research by the Italian Federation of Scientific Sexuality(FIIS), the pandemic has felt like a “forced vacation.”

Couples living together discovered a new and slower intimacy. But distant couples struggled and suffered. Singles had even a harder time and they turned to the online world. During this research, the 20% of people admitted to breaking the rules of lockdown to get together.

The fear of catching Covid-19 through saliva meant a decline in kissing. But it led to more talking and open communication between partners. And safe conversation led to the realization of many fantasies, at least for 18% of the people interviewed. Plus, 11% of couples tried a new position. The more imagination and time, the more female orgasms. In fact, the FIIS research reports that 22% of women reached climax, against the 17% of pre-pandemic times.

So, couples stayed together, despite being forced to do so. But singles lost intimacy. What did they miss the most? Hugs, smiles, and kisses. Italians started missing things and gestures that they used to take for granted. Sure, they exchanged kissing for smiling with the eyes and elbow gestures. However, that’s not enough.

And that’s why Kiss Zones are innovative campaign. They support a specific location, but they also remind people that things are going back to normal. And kissing without a mask is the first step towards normalcy. One couple at a time.

A nice place to visit as a couple ☺️

Is this the new Paris? 😉

It’s a good thing for LGBT people, maybe it will help things to move