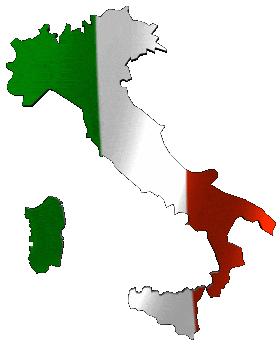 Italy is known worldwide for a variety of reasons. Personalities, art, food and music are just some of the tip-of-your-tongue facts people who go on Jeopardy know all too well. Here are some fast facts about Italy for anyone interested in their mecca of culture.

Italy has several volcanoes, and a few that are still active even into our current century. Mount Vesuvius is one of three active volcanoes in continental Europe (the other two, Etna and Stromboli, are also in Italy); it is also considered one of the most famous volcanoes in the world. Its name is recognized in many places, even when volcanoes aren’t even an after-thought. Pompeii, an Italian city, was destroyed by Vesuvius in AD 79; the city was buried under ash and thousands of people were swept up in the molten mess.

Can you imagine the size of the state of Arizona? You see it? That’s just about the size of Italy. Italy is shaped like a panhandle, much like the state of Florida. However, unlike Florida, Italy’s population has more than 20 per cent over the age of sixty-five. While Florida is a hotbed of retirement, for the most part, seniors that move to the state are retiring there as opposed to living there for the duration of their lives. 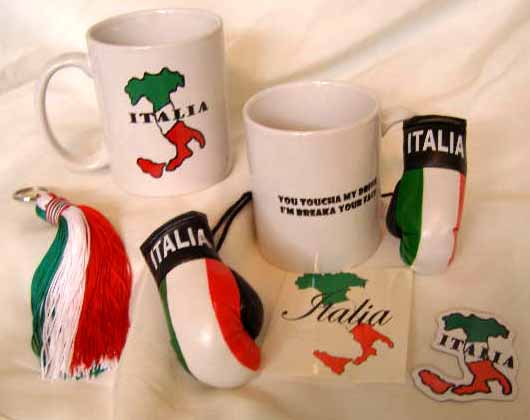 The Azzurri, Italian for light blue, represents the name of their soccer team. Though, don’t call it soccer overseas! In Europe, especially places like Italy, it’s called football. Azzurri refers to the color of the national soccer team’s home jersey, and now fans cheer them on with colorful chants alluding to the blue of their home country.

You’ve heard a lot in the news about the selection of the Pope. Well, this conclave takes place in Michelangelo’s Sistine Chapel, in Rome. Michelangelo painted the roof of the chapel on his back, lying high above the floors, which caused him much distress. Just imagine lying on your back for four years!

Speaking of the Pope, more than 97 percent of Italians are Roman Catholic. Vatican City, the home of the Pope, is located in Italy but is considered an independent city-state. They have their own police force, government and are recognized worldwide as their own country.

Who hasn’t seen pictures of the leaning Tower of Pisa? It’s one of the most well-known paper weights sitting on desks across the world, as it’s an eye-catching building that everyone loves talking about in conversation. However, do you know why it’s leaning? Well, when first built, the top soil the foundation was built on wasn’t entirely stable, but the builders didn’t know it at the time. They built the entire tower, and as the years went by, it began to slowly tip to one side. It’s said that eventually it might just fall over, but there is no timeline as to when those standing under it should run.

Italians have very small families, not including the Mafia, of course! Keep in mind that the Mafia is just an organization or a group of people come together for a common goal. It doesn’t always associate itself with The Sopranos and other illegal operations. The average Italian nuclear family is made up of five people, whereas the extended family – such as the Mafia – can be comprised of hundreds.

Italy is the fourth most visited country in the world, which means there’s a good chance that someday you’ll get to see all the sights and sounds of the country in your lifetime. More than 40 million foreigners touch down to visit some of the most amazing places in the world during just one year. Don’t be left out, be one of them before you hang up your passport.

Pasta, one of the world’s most consumed foods, was invented in Italy. It’s also their national dish! Each Italian consumes more than 25 kilograms of pasta in just one year. Needless to say, there are not many leftovers in an Italian family’s refrigerator.

Milan is considered the fashion capital of the world by designers and fashionistas alike. Many flock there throughout the year for fashion line launches, previews and other walkway run-throughs to catch up on the latest trends, fashions and other clothes hitting the stores during the year. Such designers as Armani, Versace and Gucci all launch clothes from Milan at some point during their business year.

“Italy is a democratic republic, founded on labor,” is the official state motto. While not very robust, as many other mottos are throughout the world, it is a statement left over from the Roman foundation that is the country. Many buildings, government or otherwise, are branded with the initials SPQR that denote that they are recognized by the Imperial Senate and the people of Rome. Many facets of ancient Roman culture still dwell in the city, though you won’t see many spears and shields lying around, except in museums.

As you can see, Italy is filled with fun facts for everyone, and many of these facts are learned by many more people than just those who are Italian. There’s a wealth of information out there for anybody who seeks it, and Italy has some of the most interesting history for those who read into it.