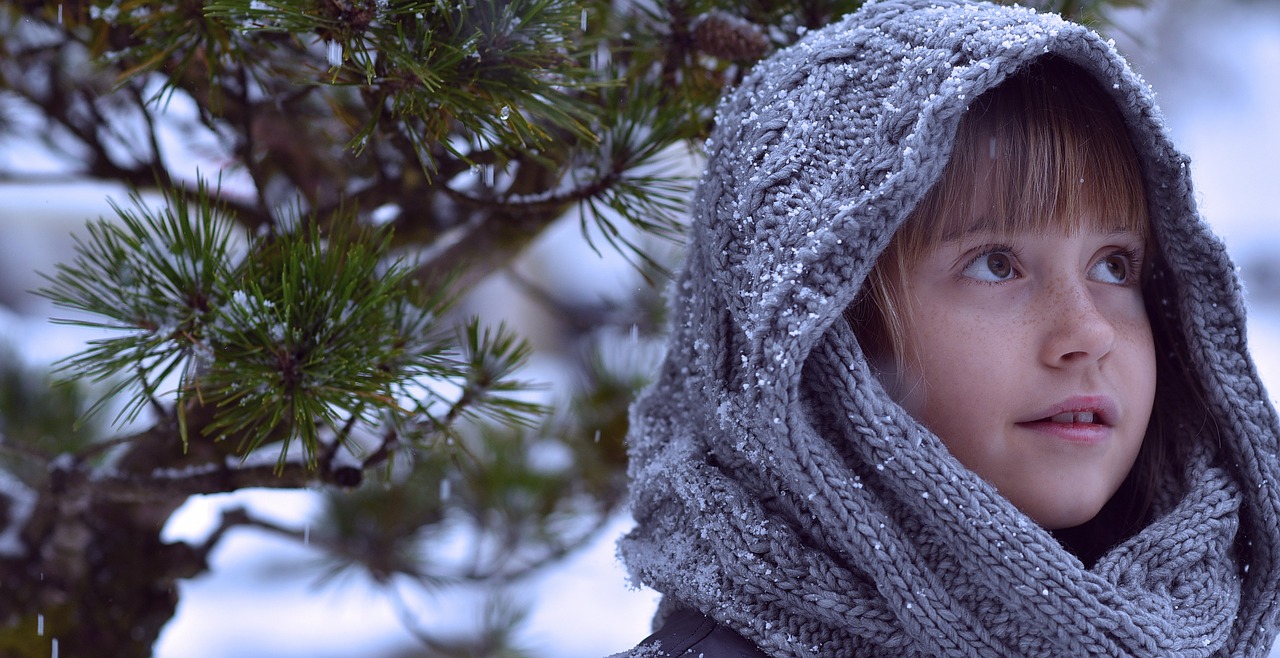 Growing up in an Italian family doesn’t only mean being fed like a king at any given opportunity. It also means becoming acquainted with a series of ailments and dangers to your health that seem to exist only in Italy.

Rise your hand if your mother or grandmother made you leave the house with one of those ribbed tank tops underneath your shirt well into the Spring, for fear you could catch a cold. Or if they forced you to wear a scarf when it’s sunny and warm for fear of throat infections, and a woolly hat in the middle of April to avoid earache, “just in case, because there is a bit of a breeze outside.”

Fond childhood memories for many of us, I am sure, but also a bit of a conundrum, when you think of it, especially if you experienced life outside of the Italian borders and realized that not everyone grew up with these habits.

Let’s take a look, then, at some of the most common, Italian health-related ideas, those that shaped our childhood and keep on popping up in our lives as adults: how many of them are you familiar with?

This is, hands down, the most common of all special Italian ailments. Il colpo d’aria (a “wind blow,” or “air blow,” literally) knows no season, age, gender or location; it can hit anybody, at any time and, in spite of its name, it even manages to get into your bones and muscles when there’s no wind at all.

How? Well, I don’t know. You should ask an Italian mother because, without a doubt, proper understanding of what a colpo d’aria really is comes with birthing a child. Grandmothers are possibly even better at detecting the risk, because they have more experience.

Il colpo d’aria can cause everything and anything: from a cold to a sore throat, from stomach aches (“you didn’t walk outside in that cold, straight after lunch, did you? Without wearing a heavier jumper!”) to muscular pains and headaches, a colpo d’aria is the cause of all familiar, no-doctor-appointment-needed health issues.

When it comes to it, prevention is the best weapon, so in come scarves and hats, with jackets and coats always zipped up, especially after eating and especially if it’s sunny, but not hot.

In case it’s too late, then, your colpo d’aria can be cured with pastina in brodo (tiny pasta in vegetable or chicken broth), hot tea with lemon and sugar, rest and, if nothing of that helps, good, old fashioned aspirin.

Prendere freddo is the colpo d’aria’s first cousin, but it’s much sneakier, if you ask me. You see, il colpo d’aria, by definition, is something you catch outside, but with prendere freddo, the risk is everywhere, including the cozy comfort of your own home.

Literally, prendere freddo means to get cold and that means it can happen anywhere. So, you can prendere freddo while on the couch watching tv, because you only wear a t-shirt, just as easily as outside, without a scarf — scarfs and hats are a constant, you may have noticed: they must be the number one Italian form of prevention for 95% of all illnesses.

One of the most common ways of prendere freddo is walking barefoot around the house, even if the floor heating is on. If you –God forbid! — sashay in the living room sock-less, then you’re just looking for trouble: cold feet are the number one cause of prendere freddo and of all consequent health issues associated with it.

However, every Italian knows that a “non prendere freddo!” coming from a parent or a grandparent while you’re heading out the door is just a camouflaged way to say “be careful, sweetheart. And don’t forget I love you” so, in many a way, it’s really one of the sweetest things you can hear.

“You must have eaten something bad:” this is a more targeted, more precise version of the colpo d’aria and it’s used for stomach aches, bowels problems and headaches. Avere mangiato qualcosa che ha fatto male is the quintessential reason behind every basic health issue involving the digestive system and it usually comes with the ubiquitous use of tea with lemon and loads of sugar or, in case the pain is in your belly, gallons of hot lemonade.

The latter can be a dreadful choice: if, indeed, your stomach ache is caused by bad food, hot lemonade will heal you, but not before gifting you with a few hours of hell.

Be careful, though: having eaten something bad is not quite the same as indigestion, which is the cause solely for upset tummies. For this, water with lemon and laurel leaves is usually suggested, along with the dreaded bicarbonato, which you’ll find in every Italian household.

If you’re lucky, you’ll be given its fancier form — the traditional one, that used by our grandparents, comes in silver and blue sachets and has a mild lemony flavor — but most of the time you’ll just get a teaspoon, a glass of water and the white, light and dark blue box of baking powder we use to cook, clean, scrub and pretty much everything else that comes to our mind. Good like with it: it works, but it’s nasty!

Now, don’t get me wrong, the science behind Italy’s idea we can’t — especially when small — jump in the sea straight after having stuffed our faces with caprese, insalata di riso and an ice cream is solid. To balance out the colder temperature of the water, blood would be sent to the skin instead than our stomach, where it’s needed to make sure we digest everything well.

The problem is that Italian mothers and grandmothers of all generations and age would keep you away from the refreshing waves of the Mediterranean for at least 3 or 4 hours after your lips touched any edible substance. That makes sense, as that’s how long it takes for us to digest a meal, but there would be pretty viable alternatives, like, for instance, sticking to a lighter lunch.

But alas! No! That’s not an option: never should be said that grandma didn’t feed the child a full, three course meal while minding him on holiday last week! And so, a four hours wait it is.

I admit I use this one a lot myself, mostly because I do, in fact, suffer from cervical osteoarthritis, in spite of being much younger than the average sufferer. In Italy, however, “avere la cervicale” doesn’t necessarily mean having arthritis at all, because the expression came to designate a plethora of different aches and pains that cause discomfort anywhere from the head to the tip of your fingers.

Because la cervicale (the real thing) usually starts at the bottom of the neck and often causes severe headaches, Italians like to say they have it when the head feels a bit heavy, or when their neck creaks a little.

Most of the time, we don’t have an attack of cervicale at all, we’re just a bit stiff because of the weather or because we keep an awful posture while sitting at the computer or on our favorite armchair. But any real Italian doesn’t care: when the pain comes from the neck and gives you a sore head, it’s always, always cervicale.

It is of the uttermost importance to realize and to know that cervicale is often caused by a colpo d’aria, the type you get when you leave the house without wearing a scarf.

So, you see… it all makes sense.

With il colpo d’aria, I think il cambio di stagione (change of season) is the most popular of all explanations for ill health in Italy.

As in all the other examples in this article, there is a factual truth behind the myth: we do tend to get a bit moodier when the seasons change and we are more at risk for colds, allergies and all that. Yet, in Italy, il cambio di stagione is way more dangerous than anywhere else in the world: it can cause anything from the above mentioned colds and allergies, to headaches, hitches, sore throats, weepy eyes, incontinence, blurred vision, mental breakdowns, ingrown nails and everything and anything in between.

You know that funny game where you type something into your search bar and let Google complete it for you? Well, if you do it with il cambio di stagione, the first thing you get is “does make you fat?” and I won’t list all the others, but believe me when I say Italians think it can affect anything.

You’re working in your garden, lifting a box, carrying the groceries from the car to the kitchen door and, bang! Your back just stops functioning. The pain is excruciating and you’re there, frozen as the David, unable to breathe or move.

Possibly because anyone who experienced this situation felt like being victim of a maleficent curse, this form of muscular contraction is commonly known in Italy as colpo della strega, or “a witch’s blow.” Images of an evil elderly lady, clad in black and with a hooked nose come to mind: in Italy’s collective imagination, she hits our lower back with a spell as wicked as her smile, as painful as a violent beating.

Il colpo della strega is just as sneaky and devious as all the other ailments on this list: it causes a whole assortment of back issues, regardless to their medical origin. You’re particularly at risk in specific moments of your daily routine — like, when you are lifting weights — or, of course, if you have a manual type of job.

The expression is probably the most creative and peculiar of all those we mentioned, and it’s as dramatic as you would expect from a country where being colorful and exaggerating things is ordinary.

In the end, who can say to be hit by a witch every time they get an ache?

Final thoughts on Italy’s own illnesses

So, you must believe me now: there are ailments that exist only in Italy out there. Or at least, that are particularly common here and not as much in other parts of the world. Be aware of them, when you come visit, a colpo d’aria could be around the corner any time!

What about the famous malocchio “evil eye” 😉 this also seems to prevail in Italians households.

Growing up in an Italian house hold I can relate to much of what was written,If I came down with a chest cold and a cough ,it was because,my Mother would say she saw me from the window running around the street like a maniac with my jacket unbuttoned at the collar and the wind rushing in hitting my chest .causin me to get Sick. My father had the best remedy ,a cup of hot tea no milk or sugar just a shot of whiskey.just what a 10 year old needed but I certainly did feel better huddled under the covers.