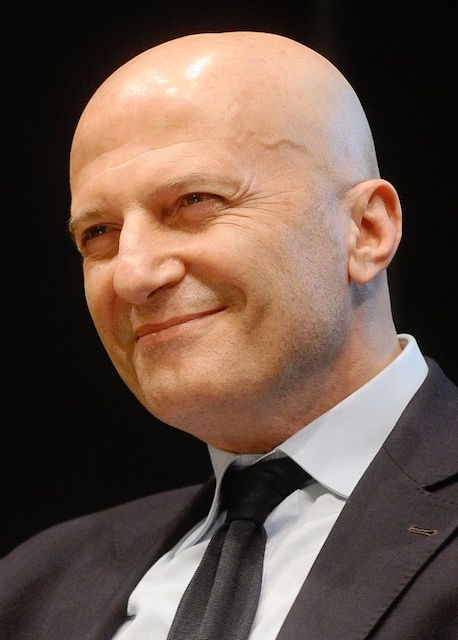 One thing we can’t certainly say about Augusto Minzolini‘s life and carrier is they have been uneventful. Known to the general Italian public as a journalist and (no longer) a politician, Minzolini cuts a very strong, if controversial, figure.

A life dedicated to journalism

Born in Rome in 1958, his first brush with notoriety comes in the late 1970s, when he briefly appeared in two Nanni Moretti movies. But it’s journalism he wants to dedicate his life to: in 1985, he works for Panorama, a popular Italian current affairs magazine. In 1990, he moves to La Stampa, one of the country’s most renowned dailies.

And it is in the 1990s, while working for the Turinese newspaper, that he shows his great skills as an investigative reporter. Indeed, getting the scoop becomes the soul of his work, an aim to which he continuously strives.

A journalist and a politician

And, oh! Did he achieve.

It was him who found out about an otherwise secret agreement among Berlusconi, Fini, D’Alema and Mancini to change the Constitution. It was him again who managed to interview, in 1998, Bettino Craxi, voluntarily exiled in North Africa to escape what he considered an unjust prosecution in Italy.

Famous also became his views on the duties of politicians: they shouldn’t have any privacy, he would say, their lives should be pristine and crystal clear, to the point they shouldn’t need to hide any detail.

Excessive, maybe, and certainly controversial, but how Italy would love to have such type of politician. With the passing of time, his journalistic style became so famous – or infamous, some may say – that a neologism was coined in his honor: minzolinismo.

Minzolinismo was nothing more than a type of journalism based on non verified, often informally gathered, information.

Truth is, however, that Minzolini hasn’t always been as abiding to ethics and the law as he wanted Italian politicians to be. Indeed, his direction of Italy’s most important TV news outlet, the TG1, which lasted for two years from 2009 to 2011, was characterized by a series of questionable events and choices.

Among them, the one Italians remember the most is certainly the accusation of under reporting information related to Silvio Berlusconi’s sex scandals investigated in 2009, in specific relation to facts purportedly happened in Villa Certosa and Palazzo Grazioli.

In this occasion, Minzolini loses the support of his colleagues at TG1 and RAI, who spend harsh words against him and his professional ethics, stating he should remember that “the nature of his job as the director of a public news outlet is that of telling and representing, from every possible point of view, all the facts relevant to the life of a Country, certainly not that of covering news up or reporting them incorrectly and incompletely.”

In spite of the scandal, Minzolini doesn’t change his ways and continues his work at TG1 among criticism. He fires a number of his anchormen and anchorwomen in 2010; in the same year, he only partially reports the news of Marcello dell’Utri’s – a man of Berlusconi’s entourage – conviction in relation to Mafia crimes.

If that wasn’t enough, he makes his allegiance to Berlusconi even more evident by failing to report on the wide criticism received by the tycoon after an anti-semitic and blasphemous remark, criticism that came even from the Vatican’s own media voice, L’Osservatore Romano.

In 2011, Minzolini is removed from his position as TG1 director. He sues RAI.  RAI offers him a position as head correspondent from New York, but he refuses. In 2013, his case against RAI is dismissed. It’s the end of Minzolini career in RAI.

In 2013, Minzolini enters the political arena along the Popolo delle Libertà party: it’d been its leader, Silvio Berlusconi, to ask him to join.

When, towards the end of the year, the Popolo delle Libertà cease its political activities, he joins Berlusconi’s Forza Italia. After being found guilty of embezzlement while he was director at TG1, Minzolini resigned from his senator position. His resignations were accepted on the 20th of April 2017.