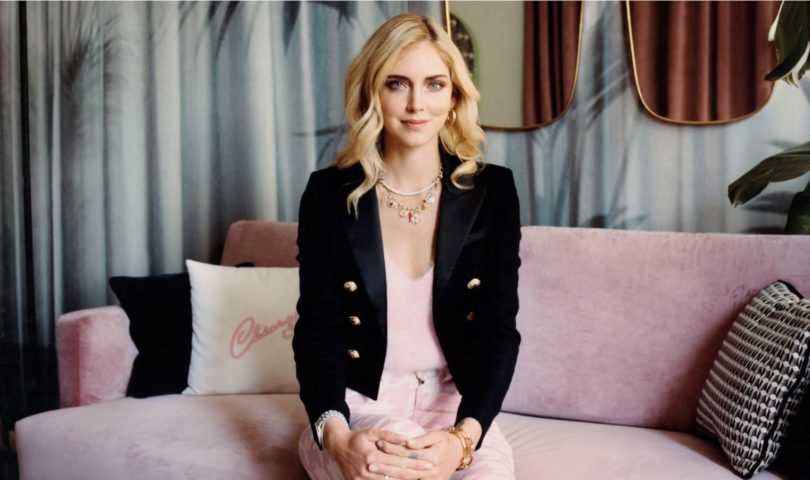 Chiara Ferragni. A name that every girl and young woman knows in Italy, but not just! When we speak about fashion influencers and fashion bloggers, Chiara is by far one of the most famous of all! But how did this happen? How she became famous, how Chiarra Ferragni built a fashion empire?

Chiara Ferragni at age 33 is the owner of The Blonde Salad fashion blog, her fashion brand, as well as she now joined Tod’s Italian luxury fashion company’s board. Don’t forget the Instagram of Chiara Ferragni, where she has more than 20 million followers. That’s the number of inhabitants of the state of Florida in the US! And her journey to a fashion empire actually begun with this fashion blog, The Blonde Salad.

Chiara Ferragni – the road from a fashion blog to an empire

The Italian fashion enthusiast, Chiara started the fashion blog TheBlondeSalad.com in 2009. This was before Instagram became the hall of fame for bloggers and influencers. The Italian fashion blogger launched her own clothing brand only a few years after the blog launched. The Chiara Ferragni Collection launched in 2013, and we must say that its success is unquestionable! If you’re following Chiara Ferragni on Instagram, you can see, that whenever she’s launching a new collection, it’s selling out so fast, especially online that it’s absolutely fabulous! In 2013 she also moved to Los Angeles, California. She’s been living there for a few years, owning also a Beverly Hills house.

The rise of Chiara Ferragni in the fashion industry

Just two years after launching the Chiara Ferragni Collection, in 2015 Harvard Business School has dedicated an entire case study to her career. This was reviewed later in 2017, adding in her two companies. Also, Forbes listed Chiara in the 30 under 30 young people in the Style and Art categories. Following this nomination, Forbes also nominated her as the most powerful fashion influencer in the world. If this wouldn’t be enough, Instagram has announced that Chiara Ferragni’s Instagram has the second most engaging stories in the fashion category. No wonder, I have started following her after moving to Italy, and there’s not one day that I wouldn’t open her stories… I’ll get back to this at Chiara Ferragni’s life and family section.

In 2016, theBlondeSalad.com turned from a personal blog into a lifestyle website adding in an e-commerce platform as well for the Chiara Ferragni Collection. Also, at this time The Blonde Salad was expanded into a talent agency that’s managing Chiara Ferragni’s sisters, Valentina Ferragni and Francesca Ferragni, but also Manuele Mameli and Marina di Guardo.

We also can’t ignore the biggest new challenge for Chiara. In 2021 she joined the board of Tod’s, the Italian luxury fashion company. This event brought the luxury brand an income that has covered all the losses that they had during the covid period. The influence and the continuous work that she’s doing needs extra attention, as we’re sure that she’ll continue to grow and build!

As a businesswoman, Chiara seems unstoppable. While at the age of 33 she has a global fashion empire, she’s also married and mother of two. Chiara Ferragni married the super famous Italian singer, Fedez who won second place at Sanremo 2021 Music Festival with his amazing song Chiamami per Nome.

Fedez and Chiara’s wedding took place in Noto, Sicily, with a civil ceremony in the Palazzo Ducezio, a grand 18th-century building on the 1st of September 2018. The wedding ceremony was held 6 months after their son, Leo was born. Chiara Ferragni’s wedding dress gained huge global attention, as the fabulous Dior wedding dress was indeed a dream.

As I mentioned, in March 2018 the first child of Chiara Ferragni and Fedez, Leo was born. In April 2021 she gave life to their second child, the cutest baby girl, Vittoria. Being a mother, and paying attention to both her kids while leading a fashion empire, as you can imagine isn’t the easiest thing to do. And this is why I can’t hide my admiration for her, and I won’t!

If you’re interested in her everyday life, you can follow her stories on Instagram where the couple shares many funny stories to make you laugh. They share what they do as a family, with the kids, as well as about fashion, business, society issues, and even politics. The main reason I started to follow her, and Fedez as well was because I love the way they think, the way they live their lives, that enormous amount of love they have for each other, and also because they make me laugh all the time.

Mother and sisters of Chiara

Marina di Guardo, the mother of Chiara is an Italian writer. She worked as deputy director of the Blumarine fashion house. Since 2019, she has been a columnist on the “Mattino Cinque” television program, on Canale 5.

Valentina Ferragni, also being a fashion influencer. She’s now owning her own brand, the Valentina Ferragni Studio. For now, they are selling high-quality, made in Italy by artisans jewelry (earrings). But we’ll keep an eye on her and where she’s evolving!

Francesca Ferragni, Chiara’s other sister followed their father’s footsteps, and she’s working as a dentist. Though, since the whole family is in the spotlight, she’s also a popular Italian influencer.