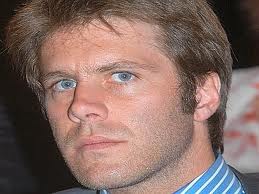 The history of the Savoia family, and its relationship with Italy, is long and complicated, and both positive and negative. The House of Savoia is the former Royal House of Italy, which was responsible for the unification of Italy more than 150 years ago. At the beginning, the vision of the Savoia’s was strong, but unfortunately towards the end of their dynasty, they were not as protective of the country and handled World War II in a way that wasn’t exactly regal. A combination of their actions and leftist opposition to the monarchy forced the male line of the Savoia into to exile. Prince Vittorio Emanuele IV grew up outside of Italy, and his son Emanuele Filiberto was also born abroad without the possibility of setting foot on Italian soil until a change was made in the Italian constitution in 2002.

Emanuele Filiberto grew up in Switzerland, very close to Italy, but only able to see the country his family once ruled on television. Through television Emanuele also got the Italian people acquainted with his face, participating in Italian shows live from Geneva. While at the beginning these shows seemed like an innocent look into his life, in reality they morphed into a multimillion dollar career that easily replaced his earlier occupation as a financier. Emanuele’s popularity really grew once he was allowed to return to Italy, and the networks battled to get him onto their shows.

After marrying French actress Clotilde Courau in Rome (the couple has two daughters), Emanuele Filiberto began appearing on all number of talk and variety shows as well as commercials. Against all rules of royal etiquette Emanuele portrayed himself as a rather common and banal B-level showman, who clearly had the intent of climbing the show business ladder. Emanuele gained the majority of his popularity and buzz from appearing on, and winning, the Italian version of Dancing with the Stars (Ballando con le Stelle).

Emanuele’s presence on Ballando opened many doors, including that of the music world. In one of the most controversial San Remo’s ever Emanuele entered with a song he’d written himself and came in second. The song was sung with the Italian singer Pupo and the two also hosted a major prime time variety show together.

Emanuele Filiberto had truly arrived and began demanding top dollar for the shows he appeared on, however his experience and talent are really close to zero. Still, Emanuele seems to have staying power.

Besides being an entertainer, Emanuele Filiberto also tried to be a politician. He first tried to be elected to Italian Parliament as a congressman and later on he tried to be elected to the EU Congress. Emanuele’s results were almost embarrassing, but it was his attempt to legitimize his position with the Italian people and with the Italian Republic. The problem is that while Italians may watch him on TV they are not that forgiving and many still remember the sins of other members of Emanuele’s family. In gaining the goodwill of the Italian people Emanuele carries a big burden, one that his show business career seems to be easing. One thing is certain, the road to redemption for Emanuele and the Savoias is still long.