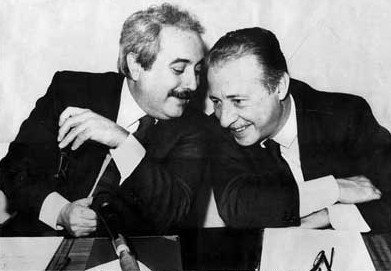 Not many people have the courage to stand up for their ideals and fight for the better interests of society, but Giovanni Falcone, along with his friend Paolo Borsellino, is certainly one who has. Born in Palermo in May of 1939, Falcone would go on to graduate with a law degree from the University of Palermo and become an Italian magistrate seen as a hero in the Italian fight against the mafia. Due to his drive and actions, Falcone will always have a place in the political history of the Italian Republic.

Falcone is an excellent example of a man, and a statesman, who was devoted to his country and believed in the institutions set forth by his government. Throughout his career Falcone was seen as unique because few dared to speak out about the mafia in Sicily and there were even fewer who dared fight against it.

One of the turning points in Falcone’s career was the murder of Judge Cesare Torrenova, after which Falcone asked to work for the Investigative Branch of the Prosecution Office (Ufficio Istruzione) in Palermo.

It must also be noted that Falcone made a huge contribution to developing the methods of investigation that helped to gain an understanding of the mafia and to begin the fight to defeat them. Falcone understood that in order to really get to the bottom of how criminal networks operated investigators and judges had to analyze the patrimonial organisation and banking activities of these criminals. Knowing where the money was going, and getting an overview of the organisation and its structure, came to be seen as very important. Falcone’s own investigations uncovered large drug smuggling operations especially to the United States.

These investigations culminated in the so-called Maxi processo di Palermo, the most important trial against the mafia in Italy. During the trial, testimony was given by Tommaso Buscetta, a pentito (the literal translation is someone who has repented). Buscetta was a man who belonged to the mafia and then provided evidence to the state. As stated in the book Cose di Cosa Nostra, the inside knowledge gleaned from Buscetta–including how things worked within the shadowy crime families and how to interpret the actions of the mobsters–was quite valuable.

The Maxi processo is certainly one of the most famous trials in the history of Italy against the mafia. It led to 360 convictions, 2665 years of jail and 11 and a half billion liras of fines.

The success of the trial was largely credited to Falcone, Borsellino and their team. Of course, Falcone had made a lot of waves and the mafia targeted him. The first attempt on Falcone’s life, known as attentato dell’Addura, was unsuccessful. On June 21, 1989, a bomb in a bag was left on the rocks next to the house Falcone had rented for a holiday. It is unclear why the bomb failed.

The second attempt on Falcone’s life, in May 23 1992, had a more tragic outcome. Falcone, his wife Francesca Morvillo and their bodyguards were murdered in what is known as the Strage of Capaci (The Capaci Massacre). Under the orders of Salvatore Riina a half-ton bomb was placed under the highway leading from Palermo International Airport to the city of Palermo. Riina’s men hid in a building overlooking the road and detonated the device. The explosion was so powerful it registered on local earthquake monitors.

Falcone will always be remembered as a man brave enough to stand up for what he believed in and to fight for justice. Tragically this campaign to weaken and eventually defeat the mafia in Sicily, and in Italy as a whole, meant that Falcone was cut down in his prime.

Falcone and his partner Borsellino will never be forgotten for their contribution and courage in fighting organized crime.

The bravery of such a stance is evident from statements made by Falcone that predicted his death at the hands of the mafia. “My life is mapped out: it is my destiny to take a bullet by the Mafia some day,” Falcone stated. “The only thing I don’t know is when.”

And while Falcone is now gone and the mafia (including the Sicilian Cosa Nostra, Camorra and the Calabrese ‘Ndrangheta) remains, this inspiring man should not be forgotten. As Falcone once said: “The Mafia is a human phenomenon and thus, like all human phenomena, it has had a beginning and an evolution, and will also have an end.”