Italy is by many considered a very romantic country, where people decide to spend time with their partner. Some Italian towns and cities are truly special for those in love, also because they have been the backdrop to some of the most famous historic, literary and legendary love stories of all times. Whether real or not, every Italian knows the names of these lovers, some of them famous because sang by our poets, others simply because they automatically spring to mind when thinking of Italy and love. Let’s take a look at some of them!

… “That branch of the lake of Como”: these are the very first words of the Promessi Sposi (The Bethroted), the  anguished and turtuous love story of Renzo Tramaglino and Lucia Mondella, a young couple whose relationship is obstacled by the cruelty of Don Rodrigo, a local lord enamoured of Lucia. Don Rodrigo, through blatant displays of power and arrogance, forbids Father Abbondio to celebrates the young couple’s nuptials and works actively towards the elimination of his rival, Renzo. In the end, the couple manages to get married and freely love each other. We Italians often refer to Renzo and Lucia when we speak about couples whose love is obstacled and difficult: truly, two literary characters who became more real than reality!

…” O Romeo, Romeo! Wherefore art thou Romeo?”.  Who has never heard about the balcony in Verona, where Juliet would lean from and call for her beloved, Romeo?  Shakespeare’s work deals with an impossible love because of the rivalry between their families, the house of Capulet and the house of Montague, which will bring to the death of both lovers. Through a stratagem, Juliet pretends to kill herself with poison, while she in fact only swallows a strong sleep inducing concoction. But when Romeo sees her asleep, he truly believes her dead and poisons himself. When Juliet awakes, she discovers her beloved has died, and decides to stab herself to death, and to lie in eternity beside him. The two are, all over the world, the symbol of the most tragic consequences of love.

…”Love, which absolves from loving none that’s loved

seized me so strongly for his love of me

that, as thou see’st, it doth not leave me yet.”

Paolo e Francesca  are the emblem of passion and unrestrained love, as represented in the Divina Commedia by Dante. They are condemned to hell for eternity because, in spite of being in-laws, they became lovers.  Francesca’s husband – and Paolo’s brother– kills them after discovering the betrayal.

They may not be literary characters, but this couple is well loved and known by  we Italians. They have also marked the history of Italian television, as they often worked together. The famous tv series “Casa Vianello” put their love on stage, with the pair often arguing and complaining about each other. The famous sentence “che barba, che noia” (I’m so bored!) uttered by Sandra at the very end of each episode (where usually extraordinary events, not at all boring, did take place!), became a true tormentone. As tired with each other’s company were their tv personas, as in love the real Sandra and Raimondo were thorughout their lives, fifty years of which they spent married. Even in death, the two did not separate: Raimondo died in April, 2010 and Sandra in September of the same year. 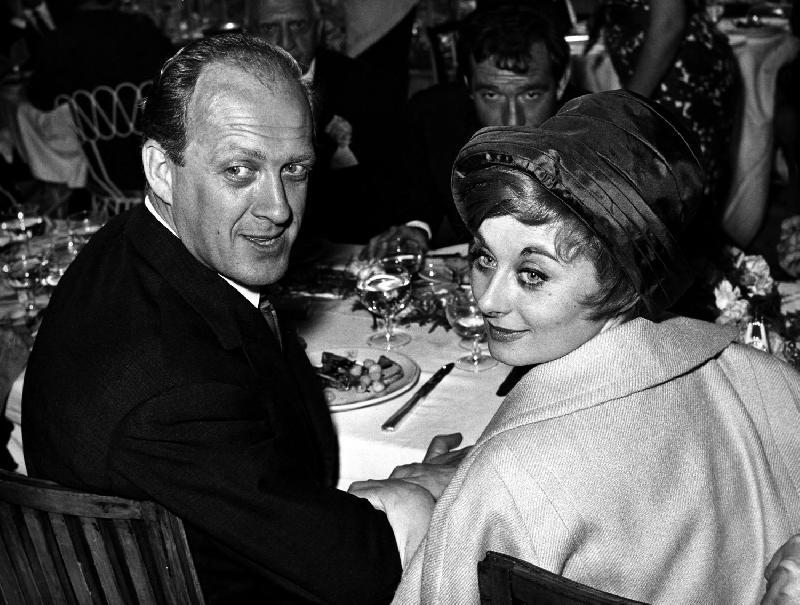 The association of Italy and love, then, it’s not only based on how popular the country has become throughout the decades as a lovers’ destination, but also with a more literary and historical truth. It seems that love, Italian style, has been trending in the world for centuries.