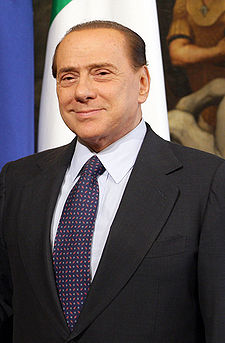 Since an early stage in life Silvio Berlusconi has shown a very entrepreneurial attitude, as the legend says that he used to sell his homework and exams to his classmates, but if they didn’t get a passing grade, he’ll reimburse the money. This is the first of many stories that go along Berlusconi’s life, some are true and some fake, some created by his enemies and some created by himself for publicity. The truth is that when dealing with a person of such complexity and so many implications, things become out of the ordinary.

Many don’t understand him, many are afraid of him, while others adore and worship him and take advantage of him for personal gains. History will tell us if he will be remembered as one of the best person lived in our time, or instead a crook, who shaped the world around him for the sole purpose of profit. Attacks and personal criticisms have been addressed to Silvio Berlusconi, especially since he entered the political arena, but let’s try to analyze the doing of Italian Prime Minster.

Berlusconi started making serious money in United States, building in Houston Texas, this experience allowed him to do the same in Milan and since he was always attracted by America and its culture, he adapted the American television to Italy. This move broke the government monopoly, allowing today a broader TV market, which includes 3 major network conglomerates, a strong satellite TV presence and one of the most variegated TV systems in the world. Although, Berlusconi controls a great deal of this market, there is still a wide share controlled and available to others.  However, what truly made Berlusconi strong and capable was his gain of the commercial space for advertising, to the point that he makes money even  when sells his opponents airtime to express their ideas. However, they also benefit tremendously in high salaries and promoting their businesses, a multi billion Euro affair that makes the liberal extremely rich and sitting on cash, exactly like Berlusconi, no more no less.

Lots of gossip and accusations have been addressed to Berlusconi, the most scandal ones involving him and sex, others in terms of his personal use of the government to create laws to skip prison. So far, nothing concrete has been proven, but if Bill Clinton was entitled to entertain his female friends, why Mr. Berlusconi should be any different? Jokes aside, politics is surely more important and serious than a few orgasms. On the more important aspect of the laws, the considerations must be addressed properly. There is a strong conflict between the Judiciary power and the Executive Power, a conflict that exists since the writing of the Italian Constitution and the line that defines the boarders among the two is very hard to find. Since his entrance in politics, Berlusconi has been under scrutiny and he had a tendency of defending and shifting the Legislative Power on his favor, but at the same time it is clear to every Italian that there is a legal system that is broken and deserves a major restructuring, for the sake of the entire nation. And the left wing often finds ways to use this broken system for its advantage.

On an international level, Berlusconi’s personal relationship and friendship with many world leaders helped resolving many critical moments. For those very close to him, Berlusconi is a man of solid believes that understands the problem even before the rest of the world faces it. Of course, he has also his many limits, like any other human being. The first great issue is his self-confidence. Politics is a complicated matter and having  answers and solutions doesn’t always mean being able to implemented them. This often leads him to choose wrong partners or over trust people and also to overreact to criticism. The second problem is that a great leader must step down when still capable of guiding the new generations. As the world is today, we might need the Berlusconi businessman back, because governments and politicians had their time and corporations must be guided into a new capitalism that must be socially righteous and solid, not dependent by the real economy and not by Wall Street. Berlusconi has the skills to do that, because he has a human touch and a human sense of things exactly like, if not even more, Bill Gates, Warren Buffet or Ted Turner, who seem to have embrace the post capitalism and post politic society we all need.