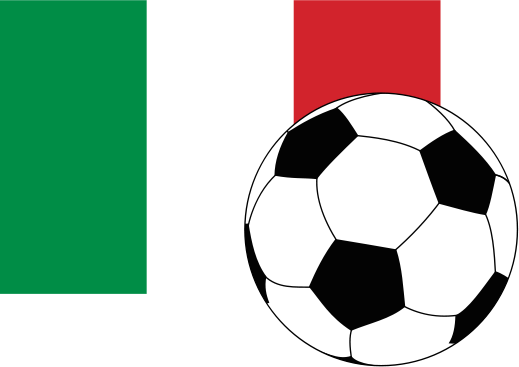 Every culture is associated to stereotypes often hard to dispel, and the Italian’s is no different. While we often hear about them, it’s important to remember that we can’t generalize, and think that the whole of a country acts the same way. People abroad often seem to think of Italians along certain lines, and expect stereotypical behaviors to be always true: this is not always the case.

Of course, some of what people consider “stereotypically Italian” correspond to reality, but let’s face it, there’s a lot of myths to be debunked!

That image of an Italian in the kitchen or walking down the street spontaneously bursting into a song? We are all familiar with it, right?  Sure, Italy is well known for its singers and traditional music, still, many other cultures are known for their musical creativity, yet they are not expected to sing at every occasion.

This cliché was born from a superficial knowledge of Southern Italian popular culture and is now so deeply rooted in the collective imagery that it has generated strange situations: picture being in Venice and getting a musician on a gondola singing traditional southern arias. These types of performances, put on for tourists, just help to feed the stereotype, generating in turn a deep misunderstanding of Italian heritage and tradition.

It is true that Italians love pasta and miss it when they are abroad, but foreigners should know and understand that Italians do not always eat it. Actually, this habit changes from family to family: some may eat pasta every day, some other only do so once or twice a week.

3. Italy’s Economy is Based on Art

Italians are really proud of their artistic heritage, art however isn’t the only driving force of Italian economy. Art-based tourism is certainly a  relevant sector for the country’s economic well-being, but Italy can count on other resources like agriculture, industry and services, to bring in the bucks. When analyzing Italian and American economies, it’s easy to see the two are founded on similar premises,  especially if we take into account the last 50 years, during which Italy has tried to emulate America as an example for productivity and progress.

4. Italians Must Tackle the Daily Problem of the Mafia and Brigate Rosse‘s Terrorism

No one can deny that the mafia and other local criminal organizations like camorra and ‘ndrangheta are still a national problem. In fact, the police and other justice officials have had to fight against the phenomenon constantly, with the last 10 years seeing a change for the positive. Despite the fact these lucrative organizations definitely do exists, it’s not true that ordinary Italians have to deal with a mafioso on a daily basis.

As far as the Brigate Rosse are concerned, we can safely say this type of terrorism is now an ancient memory, and it has almost disappeared. We hear about it in relation to the events of the 1960s, ’70s and early ’80s, when the BR ruled their reign of terror over the country.

Former Liverpool FC manager Bill Shankly once said, “Football isn’t a matter of life or death, it’s much more important than that.” Do many Italians feel the same way? Sure. Do all? Of course not.

Football (soccer as it is known to Americans) is certainly the most popular sport in Italy, and while Sundays in the US are often reserved for what Italian call Football Americano, American football, many Italians start watching soccer in the early afternoon and finish up at night, with review programs like the Domenica Sportiva. Still, there are Italians who don’t like football and those who prefer other sports, from F1 racing and basketball to bike racing and rugby.

Of course, things change when the national soccer team is involved: when the nazionale hits the pitch, all Italians become true, hard core soccer fanatics!

6. Italians Drink a Lot of Coffee

Coffee is certainly one of the best loved drinks in the country. Italians drink coffee, rigorously ristretto (strong), several times during the day: at breakfast, after lunch and during the famous pause caffè, coffee breaks. Not all Italians, however, drink coffee: some prefer tea, others stick with water.

Some foreign cultures believe Italians are poor. Actually, it is important to understand that the economic situation and conditions of Italians change extremely from place to place. There is a considerable gap between the North and the South of Italy, but the average Italian population is far above the poverty line.

Things have changed for the worst for many families since the economic crisis has hit the country: this is, however, not peculiar to Italy, but rather an unfortunate status quo for the majority of countries in the world.

People believe Italians are always late. Sure, there may be many Italians who are, but for each one there are others who manage to be bang on time and some of us even arrive early!

It is true that Italians generally recur to body language to express themselves better, however, it must be noted that the habit of using hands to emphasize what one’s saying belongs more to Southern than Northern Italians. Neapolitans are particularly famous for gesticulating when talking.

So far we have talked about national streeotypes, but there is something many foreigners may not know: to each Italian region, there are specific, stereotypical behaviors. Let’s take a look!

Apulians – Pugliesi, Apulians, are said to be proud and ironic opportunists.

Calabrians- People from Calabria are considered mistrustful and stubborn.

Genoeses and Ligurians, in general – People from Genoa  and, more in general, from the region of Liguria, are said to be tirchi or stingy.

Milaneses – People from Milan are renowned, following the cliché, for being arrogant, cold and efficient in the working world.

Neapolitans – people from Naples are considered noisy, superstitious and good at making pizza.

Piedmonteses – There is an Italian saying referring to people coming from Piedmont: Piemontese falso e cortese, which means Piedmontese are kind, but false.

Romagnoles – People from Romagna are famous for being passionate, greedy and feisty.

Romans – Two adjectives are often attributed to people from Rome: noisy and burini, the Roman dialect equivalent of being a hillbilly.

Sardinians – People from this gorgeous island are said to be proud, stubborn hicks.

Sicilians – People from Sicily are labeled as omertosi, meaning that they don’t talk especially when it comes to denouncing offenses. Sicilians are also famous for their jealousy.

Umbrians – The children of Umbria are associated with kindness and reserve.

Veneti – People from Veneto are said to be heavy drinkers and not patriotic at all.

Yes, these beliefs are part of Italian popular culture, but it’s easy to see how most of them play upon people’s negative connotations and should be all taken with a pinch of salt: be careful to mention any of them when you come visit!