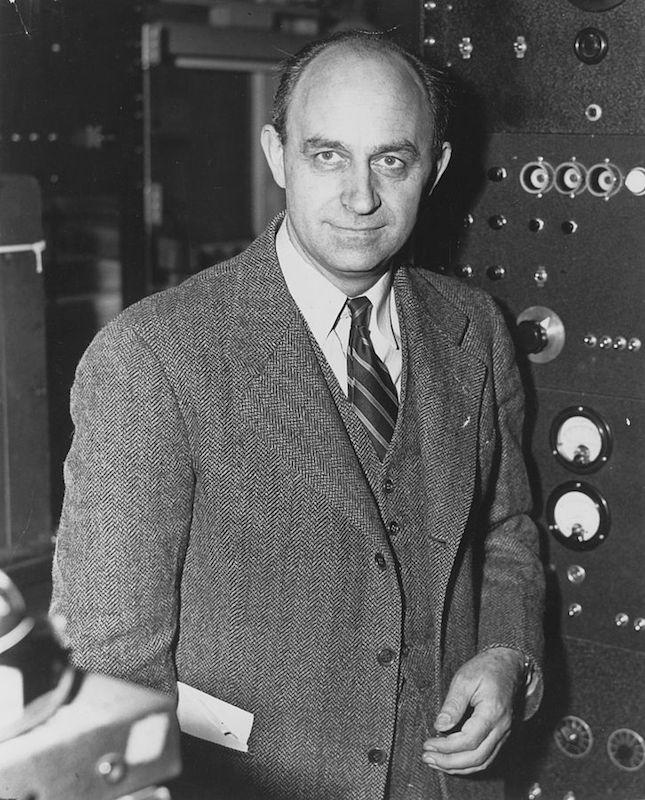 The Nobel Prize is universally considered the most prestigious – possibly because the best known – among all prizes. Born off the will of notable Swedish chemist and businessman Alfred Nobel (who, by the way, invented dynamite), the Nobel Prize is assigned each year to members of the science, art, political and economic communities, in six categories: peace, literature, medicine, physics, chemistry and economics.

Italy and Italian descendents have earned their share of Nobel Prizes since they were first assigned in 1901. Let’s see who they were, when they won the Prize, in which category they were recognized, and the motivation they were given to them.

It was a great year for Italy at the Nobel Prizes, as two Italians brought home the prestigious prize.

Camillo Golgi won it for medicine “in recognition of his work on the structure of the nervous system.”

Giosué Carducci brought it home for literature “not only in consideration of his deep learning and critical research, but above all as a tribute to the creative energy, freshness of style, and lyrical force which characterize his poetic masterpieces.”

This was the year Italy received its only Nobel Prize for Peace. It was awarded to journalist and patriot Ernesto Teodoro Moneta. Moneta took part to Garibaldi’s “Impresa dei Mille,” which unified Italy in 1861. Throughout the last 30 years of his life (he died in 1918), he actively worked in favor of peace, especially through the diffusion of pacifist ideals and the creation of peace keeping associations, such as the Società per la Pace e la Giustizia Internazionale. He produced also a large body of literature related to the concepts and ideals of peace and peace keeping.

We all know the name and the deeds of Guglielmo Marconi, winner of the Nobel Prize for Physics in 1909. Inventor of wireless telegraphy and, also thanks to the work and inventive of Nikola Tesla, considered widely the developer of the radio, Marconi was awarded the Nobel “in recognition of his contributions to the development of wireless telegraphy.”

Grazia Deledda wins the second Italian Nobel Prize for Literature, after Carducci’s. Deledda was born in Nuoro (Sardinia) from a wealthy family in 1871. Active as a writer since adolescence, Deledda’s literary style maintained a decise individuality, in spite of numerous attempt from critics to box her in one of the many literary currents of her years, from Verism to Decadentism, to Regionalism. Her Nobel was awarded “for her idealistically inspired writings which with plastic clarity picture the life on her native island and with depth and sympathy deal with human problems in general.”

Italy’s third Literature Nobel Prize arrived thanks to Luigi Pirandello, seminal figure of 20th century world theatre and literature. He left several novellas and short stories, and forty theatre pieces, the last unfinished at the time of his death, in 1936.

Creative, visionary, yet led by profoundly ideological and philosophical themes, Pirandello won “for his bold and ingenious revival of dramatic and scenic art.”

Enrico Fermi is as known in the USA as he is in Italy, as he spent a good part of his professional career working in the States. He lead the creation and construction of the first nuclear reactor, where the first nuclear reaction took place. Fermi is very much associated with the world of atomic energy and also, sadly, largely remembered in association with the development of the atomic bomb. He received the Nobel in Physics before the Second World War “for his demonstrations of the existence of new radioactive elements produced by neutron irradiation, and for his related discovery of nuclear reactions brought about by slow neutrons.”

Daniel Bovet is the second Italian to win the Nobel Prize for Medicine, in 1957. His research focused greatly on pharmacology and it is to his work we own the development of modern chemotherapy and many medications such as antihistamines and sulfonamides, as well as muscle relaxants and sympatholitics. Bovet received the Nobel “for his discoveries relating to synthetic compounds that inhibit the action of certain body substances, and especially their action on the vascular system and the skeletal muscles.“

Italy hit the jackpot twice in 1959, winning the Nobel Prize for Physics and Literature.

Emilio Gino Segré brought to Italy her third Nobel Prize in Physics “for his discovery of the antiproton.” Segré was part of the Manhattan Project, along with Fermi, which is behind the creation of the atomic bomb. He spent a long part of his career in the US, where he escaped after anti-semitic laws became active in Italy, before the Second World War. In 1944, he was naturalized American and taught Physics at Berkeley University for many years. Segré was also an accomplished photographer.

Salvatore Quasimodo won in Literature “for his lyrical poetry, which with classical fire expresses the tragic experience of life in our own times.” Quasimodo is considered, along with Giuseppe Ungaretti and Eugenio Montale, the foremost Italian poet of the 20th century. A major representative of Italian Hermetism, Quasimodo’s poetry is characterized by a clipped, straight to the point language, used to sketch images and evoke feelings and sensations. His style evolved, in later years, in what is considered by literary critics as Post-Hermetism; such evolution was caused also by the events and horrors of the Second World War, which profoundly influenced the poet and his creativity.

Giulio Natta won the first Italian Nobel Prize for Chemistry in 1963. Natta is remembered for his work on polymers and the creation, along with his collegue Karl Ziegler, of the Ziegler-Natta catalyst, used for the synthesis of polymers of 1-alkenes. Natta officially received his Nobel “for his discoveries in the field of the chemistry and technology of high polymers.”

1969 was a great year for Italian medicine, with the award of a Nobel Prize to Salvatore Edoardo Luria, Italian later naturalized American. Luria was born in Turin, the city where he also studied and it was at the city’s medical school he met two other future Nobel Prizes, Renato Dulbecco and Rita Levi Montalcini. The three, in fact, ended up working together in the US in more than one occasion. Luria’s research helped learning about the structure and habits of viruses, hence supporting further research into pharmacology. He was awarded the prize “for his discoveries concerning the replication mechanism and the genetic structure of viruses.”

Another great year Italy at the Nobel Prizes, with wins in Medicine and Literature, with two immense figures of Italian culture.

The above mentioned Renato Dulbecco won in medicine “for his discoveries concerning the interaction between tumor viruses and the genetic material of the cell”. Dulbecco is another Italian scientist who developed his research partly in the USA, a country to which he remained very much attached. Dulbecco, who was born in 1914, fought the Second World War, but later joined the Italian Resistenza. The work which brought him the Nobel focused on oncoviruses, that is, viruses leading to the insurgence of tumors.

In the same year, Eugenio Montale won the Nobel Prize for Literature. Montale is considered one of the most representative Italian poets, his lyrical work is by many seen on a par with that of Leopardi. He also worked as an editor, prose writer and translator. Montale’s poetry was, especially in his earlier writings, greatly influenced by the landscape of his native land, Liguria. He won “for his distinctive poetry which, with great artistic sensitivity, has interpreted human values under the sign of an outlook on life with no illusions.”

Anotehr win in Physics came in 1984, with Carlo Rubbia. Rubbia is known for his work at CERN, where he conducted the research which was to lead him to win the Nobel. Still very much active, Rubbia has almost 600 academic articles and publications at his active and he is still a major figure at CERN today. His Nobel was awarded “for his decisive contributions to the large project, which led to the discovery of the field particles W and Z, communicators of weak interaction.”

The first Nobel for Economics came to Italy thanks to Franco Modigliani “for his pioneering analyses of saving and of financial markets.” Class 1918, Modigliani was professor at the MIT Sloan School of Management and MIT Department of Economics. As many of his generation (Levi Montalcini, Luria and Segré among others), Modigliani left Italy during the Fascist era to avoid persecutions against the Jewish community.

Rita Levi Montalcini was a student at the Turin medical school with Renato Dulbecco and Salvatore Luria. Just like them, she left Italy during the Fascist era to avoid persecutions against the Jews, and found refuge in the US. Here she found research opportunities she would not have managed to have in Europe, and the move certainly benefited her career immensely. She later returned to Italy and to her native Turin, where she kept working. She died in Rome in 2012, at the venerable age of 103. She was awarded the Nobel “for her discoveries of growth factors.”

After Levi-Montalcini, it took eleven years to Italy to win another Nobel Prize. It was awarded to Dario Fo in the field on Literature. Fo, who died in 2016, was a notable figure in Italian theatre. His late wife, Franca Rame, was also a well known actress and their son, Jacopo, is a writer. Dario Fo and his wife Rame led a very politicized career, especially in the 1970s, when they sided openly with the Communist Party and with certain fringes of left-wing inspired revolts. Fo won the Nobel as an artist “who emulates the jesters of the Middle Ages in scourging authority and upholding the dignity of the downtrodden.”

Riccardo Giacconi won in Physics “for pioneering contributions to astrophysics, which have led to the discovery of cosmic X-ray sources.” Italian by birth, but naturalized American, Giacconi is professor at the John Hopkins University, where he has been working since the 1980s. His research in astro-physics won him a position as director general of the European Southern Observatory, from 1993 to 1999. Today, he also collaborates with NASA, for the Chandra X-ray Observatory.

The last to win a Nobel Prize for Italy has been Mario Capecchi in 2007. He was awarded the Nobel in medicine “for his discoveries of principles for introducing specific gene modifications in mice by the use of embryonic stem cells.” What Capecchi did was to create a “knock-out mouse”, that is, a mouse entirely engineered in vitro and where a gene was turned off. Born in Italy, but naturalized American, Capecchi is a molecular genetist, currently professor of Human Genetics and Biology at the University of Utah School of Medicine. Capecchi has an amazing family history: son of an Italian who died during the war and an American German artist, he ended up living in the streets of Northern Italy after his mother was deported to Dachau and his foster family became unable to support him. At the end of the war his mother, who had survived, managed to find him and together moved to the US, in Pennsylvania.