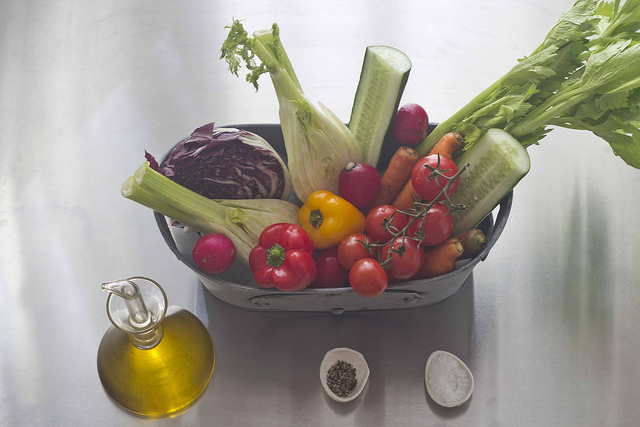 With an economy struggling to take off, high levels of unemployment and a rampant immigration problem, there is very little Italy can cheer about these days.

Thankfully, a handful of weeks ago Bloomberg published the results of its research into the healthiest places on earth. Italy, for once, fared excellently, resulting the healthiest country in Europe and second healthiest in the whole world, second only – and by a minimal margin – to Singapore. The news was widely reported around the world, as articles on the UK Independent and USA Today demonstrate.

Italy has one of the best health systems in the world, as we have written already: the WHO classified it as second best after that of France and Bloomberg itself, through a research similar to that we are about to describe, confirmed the score naming the Italian health system the third most efficient in the world, after those of Singapore and Hong Kong.

Calculations were carried out by substracting a risk score to a health score, attributed by Bloomberg experts to each country with more than one million citizens. The risk scores were calculated on the basis of factors potentially dangerous to health, such as the percentage of young people smoking or the incidence of high cholesterol on national population. The health scores, on the other hand, were obtained by considering positive factors such as life expectancy, causes of death and death rates by age groups.

As said, Italy came a close second to Singapore, scoring a total of 89.07 per cent, against the asian country’s 89.45 per cent. Other countries in the top 10? Australia is third, Switzerland is fourth and Japan is at number five. Tenth place to Europe’s own economical powerhouse, Germany. The US? Unfortunately, they rank only at number 33, behind the UK (at number 20), Canada (that reached an honorable 14th place) and even Cuba (at number 28), The United Arab Emirates (at number 30) and Kuwait (at number 31).

For the sake of knowledge, the bottom places are all occupied by African countries, with Swatziland, Lesotho and Congo at the last three places.

Why is Italy so Healthy?

Of course, part of this success is related to the fact that, in spite of our complaints and criticisms, the italian healthcare system works well. Although there are issues, a discussion about which you can find in our article on the Italian versus the American health system, the system is solid, well established and fair. Access is open to all Italian citizens for free, as well as tourists and even illegal immigrants. Family doctors are avaible basically every day of the week, pay home visits and can only have up to 1500 patients, so that they can care for each of them properly.

That diet plays a huge role in Italy’s health is obvious: the Mediterranean diet, an immaterial World patrimony according to UNESCO, is Italy’s natural form of eating. Rich in vegetables, fruits, fish and healthy oils, such as of course, extra virgin olive oil, the Mediterranean diet also endorses consumption of healthy grains, such as barley and spelt, which are great to increase fibre intake and keep cholesterol at bay. It also encourages a moderate consumption of alcohol, namely a glass of good wine per meal, which has been proven to be beneficial for our heart’s health. Thanks to this penchant for health and fresh produce, even the dishes that made culinary Italy famous around the world have a much healthier kick to them than everywhere else: pizza toppings are usually fresh and lighter than those used in the US or in the UK, and the same can be said of pasta sauces, largely tomato and vegetable based.

Alfredo sauce is something we do not know in Italy.

There may be more to it, though. Italians have naturally healthy habits also when it comes to several more aspects of nutrition. Italians eat their three meals a day religiously, and like to take their time while doing it. It may seem a silly point to make, but it is not: sitting down to eat your food and having proper, non-processed ingredients is an important way to keep us healthy, just as not skipping meals is and let us face it, you would barely find an Italian skipping lunch or dinner on a regular basis.

Walking and cycling to get to work or school is still very common in Italy, too, which means Italians are on average less sedentary than others (even though we have been faring worse than before on this side in recent years). And even good weather, in the sense of a good balance between cold and warm months, may be playing a role in keeping us healthy for longer.

Good healthcare, great food and a series of good, well ingrained healthy habits seem to be at least in part to thank for Italy’s longevity and health. Of course, it is not as simple as that, as many scientists point out: in 2013 the Lancet, one of the most reputable medical journal in the world, published a comparative study on the improvement of health in European countries over the past 20 years, where Italy had already proven to be the second healthiest country in the continent (a result surpassed today, as we have seen). Yet, Dr Jessop, one of the research leaders, when asked how Italians do manage to keep healthy and live longer than many other people, answered: “to be honest, nobody knows. Life expectancy looks like a simple number but it’s incredibly complicated – with a huge number of factors all playing a part. We can speculate about the causes, but it’s impossible to give a single definitive answer.”

Let us follow the Italian example, then, even if we don’t know exactly why it works so well!

“..a glass of good wine, which has been proven to be beneficial for our heart’s health.”
Not true-the cardiac benefits of wine are controversial and probably small, if they exist at all. A growing body of literature is revealing that alcohol is a significant carcinogen. Many medical professionals are increasingly recommending abstinence.
The author should correct the article.