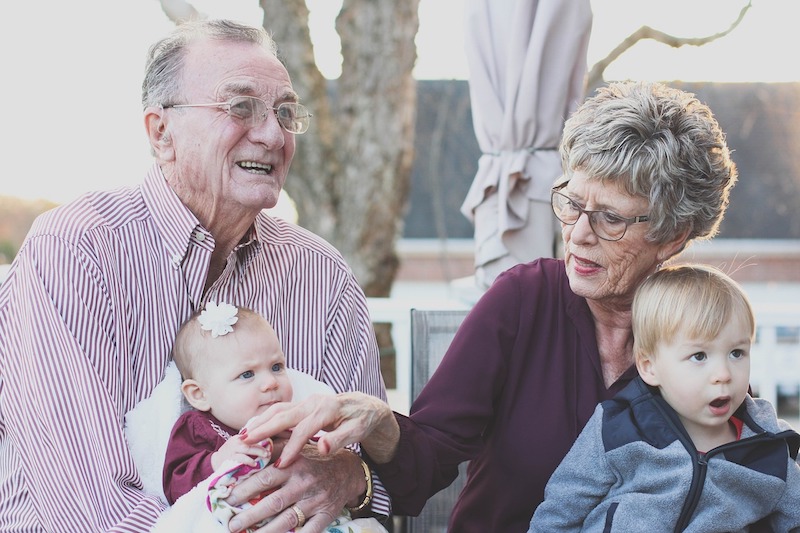 Cakes cooked together, experiences and stories told near a fireplace, holidays together… these are only some of the things usually shared with grandparents that grandchildren will always remember and perhaps will in turn pass on to their own future grandchildren.

The important role grandparents play in a family should always be recognized. That is why Italy decided to create a special day in order to honour them: la Festa dei Nonni (Grandparent’s Day). While this holiday was introduced in the USA in 1978 thanks to Marian McQuade, a housewife from West Virginia, it was only in 2005 that it began to be celebrated in Italy.

La Festa dei Nonni is a civil holiday introduced by a law enacted on July 31, 2005 that stated “quale momento per celebrare l’importanza del ruolo svolto dai nonni all’interno delle famiglie e della società in generale” (translation: “a moment to celebrate the importance of the role played by grandparents within families and society in general”).

However well-deserved, this holiday is not very well known, perhaps because it was only recently introduced. Today the Italian government is promoting it through town hall initiatives in every region of the country in order to try to raise its profile and make Grandparent’s Day on par with Mother’s and Father’s Day.

Two important initiatives have taken place for this year’s celebration: the choice of a flower used as the symbol of Grandparent’s Day and the choice of a song. The flower chosen to celebrate Grandparent’s day is nontiscordardimé, the forget-me-not, while the official grandparent’s song is entitled Ninna Nonna. It was written by two authors, from Asti, called Igor Nogarotto and Gregorio Michienzi. In Italy the holiday for grandparents is celebrated on October 2nd of each year. One wonders if it’s only by chance that October 2nd is also the day that the Catholic Church celebrates guardian angels, which is just what most grandparents seem to be, don’t they?

Certainly everyone should reward their own grandparents for having been present at the important moments of their lives, for having given freely of their love and time, and for being so special. It seems that every grandparent should get a prize for leaving a lasting imprint on their grandchildren, which will hopefully be carried on through the generations.