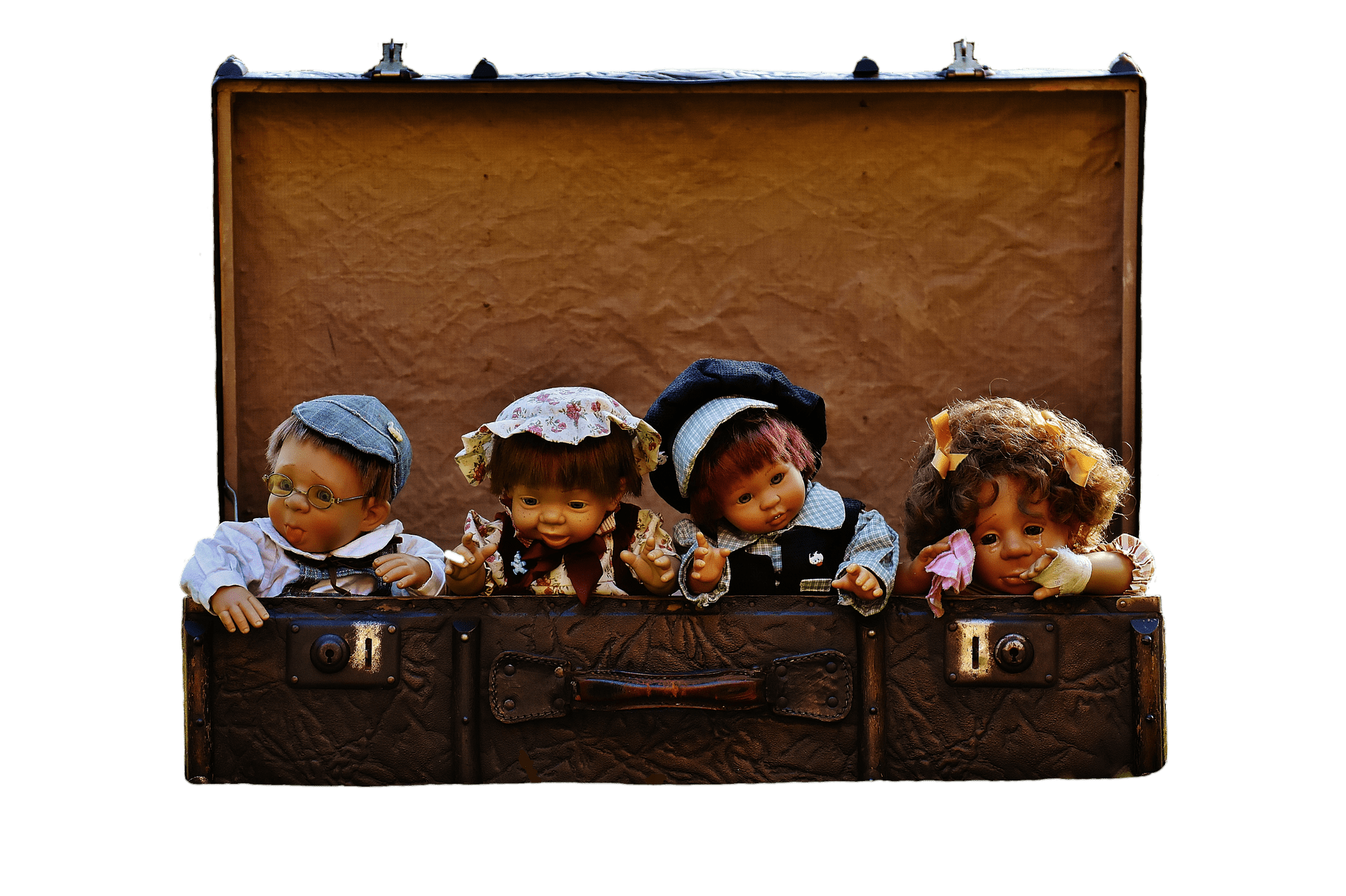 A Dolls’ Hospital in the Heart of Naples

Of all things you may imagine to find in Naples , a dolls’ hospital – or an ospedale delle bambole, to say it in Italian – is probably one  of the strangest.

But let me introduce you to it with a little anecdote. A few  years ago, I was in Chicago with one of my best friends. Sometime before, she had introduced me to the American Girl dolls: she had told me you could get historical ones, too, and clothes and furniture for them, all in the style corresponding to the epoch. She and her sisters all had one when they were small and still cherished them as adults.

Although I was never really into dolls as a child, I sort of developed a liking for them as an adult, mostly for antique or collectible ones: they are beautiful example of traditional craftsmanship, sometimes. So, when  my friend told me  there was a huge American Girl store in Chicago, I agreed to pay a visit.

On the second floor, we found something we didn’t expect: a “hospital,” where children could bring their dolls to get fixed. It  was a great idea, I thought, because at more than 100 dollars apiece, those dolls aren’t the type of toy you’d throw away when an arm goes a bit wonky. These are valuable pieces and, as such, they need to be properly taken care of.

Little did I know then, while checking out all the Maryellens and Julies, Felicities and Rebeccas in the store, that the idea of creating a dolls’ hospital wasn’t that strange and that we had one back home, in Italy.

Ospedale delle Bambole: What is it?

Naples is special: magical, quirky, noisy, friendly, beautiful. Naples loves all that’s different and mysterious, it’s a city with a soul like no other place in the world. Cu tutt’e stranezze ‘e sta città, pure ‘o spitale de bambole ce stà: of all the strange stuff there’s in this city, even a hospital for dolls, you’ll find!
Indeed, the Ospedale delle Bambole of Via San Biagio dei Librai has been caring for dolls and toys of children from all over Naples – Italy and the world – for more than a century. Even its location is something special, at the very heart of Spaccanapoli, the street cutting the town perfectly from north to south. Its proper name is Decumano, and  it isn’t one single street, but a succession of seven, including our Via San Biagio dei Librai. Incidentally, popular Via San Gregorio Armeno, known for its presepi , is one of Spaccanapoli’s side roads.

It’s a hospital, because here talented artisans bring back to “health” damaged dolls, old and  new. And it isn’t called a hospital only metaphorically, you know: there are stretchers and wards, operating rooms and receptions.

Today, Naples’ Ospedale delle Bambole is led by Tiziana Grassi and Alessandra Colonna, but its story began well over a century ago, in 1890.

In those years Luigi Grassi, ancestor of Tiziana,  current “consultant” of the hospital, had an atelier in Via San Biagio dei Librai. He worked as a scenographer for the royal theatre, but also for the more prosaic puppet theaters around town: these, he really loved. Luigi was a talented craftsman, whose skills weren’t limited to scenography: he could fix almost anything. So, he also began to work on broken and  neglected puppets, or pupi, attracting the interest of many passersby.

One day, a  mother entered his atelier holding a broken doll in her  hands and asked, please, to fix it: it was her daughter’s favorite! Luigi liked challenges and he had a big heart, so he said yes. When the  woman  returned, a few weeks later, the toy looked brand new.

Naples loves chattering, so Luigi’s ability in repairing  toys, as well as creating theatrical backgrounds and fixing pupi, became quickly popular. In a time when toys were expensive and certainly not as disposable as today, being able to give a second – or a third and a forth – lease of life to a doll didn’t only mean to make a child happy, but also to save some precious money. And so, Grassi took up another duty, that of keeping both children and their parents happy.

Ospedale delle Bambole: why the name?

It is fairly self explanatory, you may say. And it is: Grassi would take care of broken arms and legs, bad eyes and face scars, just like a real doctor. And he used to wear a white coat to avoid soiling his clothes while working, so he looked like one, too.

But it’s Tiziana, who represents the family’s fourth generation working in the hospital, to tell how the idea truly came about: “there were legs, eyes and arms dangling off everywhere in the shop. It was a paesano, a humble man from the streets of Naples who, walking by the atelier said once: ‘me pare proprio ‘o spitale de’ bambule’, it really looks like
a dolls’hospital.”

It was an incredible idea, one that Luigi embraced immediately.

Tiziana, we said, leads the hospital today. She learnt the craft from his father, who ran it before her, but under her supervision, the family business became even bigger. It has recently also changed location, remaining in Via San Biagio dei Librai, but moving from the street front to the inner courtyard of 16th century Palazzo Marigliano, one of Spaccanapoli’s most beautiful buildings.

“We are very happy of our business today,” she  said to Italian daily La Repubblica, “we have customers of all ages, from 0 to 99 and, all of them share something, they love a particular object. You see, when  you come here, you can rest assured your toy will be cared for properly.” She, then, explains the nitty-gritty of how the hospital works: “there are urgencies, real red codes, like when a child needs his teddy fixed within the day otherwise he won’t go to sleep in the evening. So we “operate” on it immediately. But we  also have older ladies who want a childhood doll fixed, or to change its dress, so they can give it to their granddaughters as an heirloom.” But Grassi doesn’t use hospital lingo just for fun, because her atelier really is structured like a healthcare centre: there are reception, wards and a discharge area, too.

Few years back, Copenhagen, capital of Denmark, also had its own dolls’ hospital; unfortunately, it had to close down when its owners retired, but their knowledge didn’t get lost: they visited the Ospedale in Naples and passed on all of their know-how to the people there: “knowing that we have been a reference point for people so far away filled us  with pride,” said Tiziana.

In 2018, Grassi’s Ospedale delle Bambole became part of the Centenari Association, a group bringing together all historical family businesses in Naples: a very prestigious reward for Grassi and all her team.

Recently, the Ospedale delle Bambole has also become a museum. Here, visitors, can see dolls, puppets and antique toys, donated to the hospital by people from all over the world and  all catalogued on the basis of their origin, type and historical time.

If  you want, you can also donate a toy yourself, or buy one, if that’s what strikes your fancy!