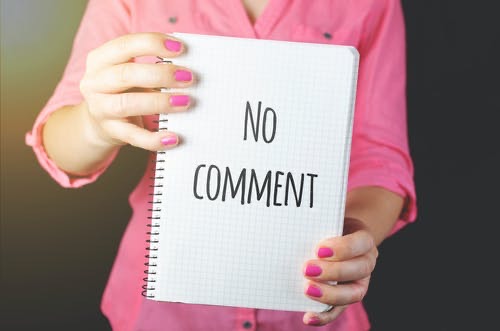 From a taboo to a topic of everyday conversations. Indeed, the relationship between sex and Italians is far from easy.

From “no comment” to “let’s talk about it.” This is how the relationship between sex and Italians has evolved. Of course, like any marriage, it has had its ups and downs.

To understand how Italians viewed this topic in the past, one detail is important. Italy has always been a Catholic country. The Pope is literally and our neighbor and, to many, the spiritual guide. While his role might have changed recently, in the Italy of the 19th century, the Roman church had great influence.

Its teachings were straightforward and clear. First, no sex before marriage. Second, sex was a mean to the divine end: procreation. Third, a marriage in the eyes of God is eternal. Fourth, homosexuality was a sin. So were prostitution and adultery. Plus, partners couldn’t cohabitate before the wedding.

And that’s how Italians lived. They didn’t go on dates. They looked at each other, nodded, and then asked for the family’s permission. No permission, no marriage. No marriage, no sex.

Now that a couple could finally have sex, it wasn’t supposed to be a pleasure. On the contrary. It was almost a job. And its purpose was to procreate. Hence, contraception wasn’t allowed. After the marriage, no talk of separation or divorce. Despite adultery being a sin, people cheated.

The example of Sedotta e Abbandonata

Aka seduced and abandoned. Pietro Germi is the director of this 1964 movie, set in Sicily. To the director, it was impossible to understand Italy without looking at the island.

It’s the story of young Agnese, raped by the sister’s (Matilda) fiancé Peppino, she is now pregnant. The father wants them to marry but the Peppino refuses. Instead, he threatens Agnese. The scene below is the scene of the fake kidnapping. For Agnese’s father, this is a way to restore the family’s honor. Peppino fakes the kidnapping of Agnese and then he agrees to the wedding.

This movie is an example of Italy in the past. It’is when another key player in the story of sex and Italians enters the stage. Indeed, it’s the patriarchy. Truth is, women and men weren’t always equal, not even in bed. Then, the revelation.

This part of the story is linked with the history of women emancipation in Italy. In fact, the Fascist regime in the 1920s and 1930s had pushed towards a policy of procreation. The more Italians, the more patriot soldier. But that changed when the sexual revolution of the 1960s finally reached the country. That’s when Italians start rejecting the Pope’s teachings.

In fact, between 1962 and 1965, the Roman church called the Concilio Vaticano II. One of their decisions included the exercise of the virtue of chastity in a marriage. Although the church admitted to times of infertility, it didn’t allow for any contraception. Now, married couples were allowed to not have sex for a certain period of time.

It changed both families and the relationship between sex and Italians. While the Vatican spoke on the value of the sanctity of marriage, society voted for divorce and abortion.

In fact, divorce passed by referendum in 1970. Over 59% of Italians approved of it. Five years later, the government passed the family law reform and, in 1978, abortion became legal. Women asked to be free. Free to handle their bodies and to choose their faith. And their husbands, too. Unless they wanted a wife.

Slowly but surely, sex stopped being a taboo. But it didn’t necessarily become a healthy topic of conversation. Instead, sex turned into a show. And at the cinema movies in the 1970s to 1980s the sexy comedies, reflected this trend.

Thanks to the sexual revolution, women had aspirations. The most ambitious and pretty ones, ended up on TV.

So, did the sexual revolution stick? The short answer is nay. In fact, while people get more and more undressed on TV, the conversation about sex is lacking. Especially when it comes to education.

Just in 2020, the Ministry of Education opposed to a sexual education course, without real reasons. And weirdly, since Pope Francis publicly supported the topic.

“Sex education must be given in schools,” the Pope said, “sex is a gift from God.” But perhaps not all worthy, are they?

Here comes the Italian taboo of the 21st century: the LGBTQ community.

“It is not licit to impart a blessing on relationships, or partnerships, even stable, that involve sexual activity outside of marriage, as is the case of the unions between persons of the same sex,” the Congregation for the Doctrine of the Faith (CDF) in March 2021. And the Pope blessed this decision.

But what do Italian institutions say? Since 2016, same-sex civil unions and unregistered cohabitation have been legally recognized. The change of gender has also been legal, since 1982. But, there is no national anti-discrimination laws. Indeed, the Italian LGBTQ doesn’t enjoy the same protection and rights of the heterosexual community.

So, the institutions are behind. Because society is moving forward, as the example of the Liceo Ripetta in Rome shows. Or the story of the band Maneskin, the Sanremo 2021 winners. In fact, the judges of the contest didn’t impose restrictions on their look or sexual identity.

Needless to say, Italians enjoy sex like any other nationality. And a 2019 Censis report has revealed what they like. Here a few facts:

Of course, sex and Italians have a long way to go. It’s a relationship that is not always easy or fair. But it’s also fun and healthy. Bottoms up, friends.