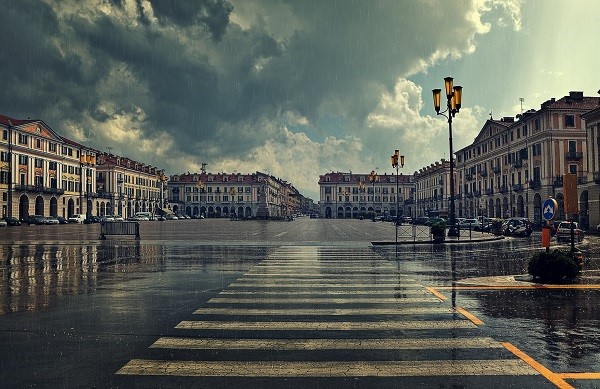 When in Rome, do as the Romans do. This famous English saying encourages people to behave like locals and adapt to local customs and habits when visiting a place. This is important if one wants to avoid awkward situations, however, even if it is certainly nice to integrate with local people and feel part of a culture, sometimes it’s better to think twice before acting.

Not all Italians behave properly and there are certain habits you should not embrace, as they don’t truly belong to good socio-cultural manners. Misunderstandings can easily come about, so it’s better to underline immediately which behaviors are not part of our culture, but simply bad manners.

– non attraversare sulle strisce pedonali (not using pedestrian crossings to cross the road). It’s easy to notice, especially if you drive, that many people don’t cross on the strisce pedonali (this is the Italian way to say pedestrian crossings). You should always use them to cross the road, even if you’ve see often people not doing it. Some Italians seem to forget they exist, and often cross the street without respecting them, creating havoc and potentially endangering themselves and others.

– suonare il clacson (using the car horn). Using the car horn is a pretty widespread habit, especially in the southern regions of the country. Stressful lifestyles and fast work rhythms make people nervous and angry at the wheel, causing an increased need to press the infamous horn to get others to drive faster. It often happens at traffic lights, when people at the top of the queue don’t start up the car immediately after the green light comes up.

– urlare in macchina (shouting at people in the car). Shouting at people when in the car and making gestures is a habit some Italian drivers have. Due to the pressure of everyday duties, some find driving a stress relieving valve.

–  non rispettare la fila (not respecting the line). It is another frequent habit foreign people always complain about. Some people still want to go first without waiting for their actual turn. Nevertheless, places like the post office and other offices use the system of numbers in order to avoid inconvenience.

– parlare ad alta voce (talking loudly). Being loud is something pretty typical among Italians of the South; even if they may sound like they’re angry with each other, they almost never are!

The habits and behaviors above are pretty often seen on the roads and streets of Italy, but they’re not part of our culture. They are people’s own way of doing things, regardless to nationality, and shouldn’t be seen as  socially accepted local cultural habits. Cities like Naples and Rome are renowned for being filled with bad drivers and loud people: this is in part true, in part borne of a well established stereotype, well visible in other parts of the world, too.

0 0 vote
Article Rating
Subscribe
Login
0 Comments
Inline Feedbacks
View all comments
in Italy > Potpourri > When in Rome, don’t do as the Romans do