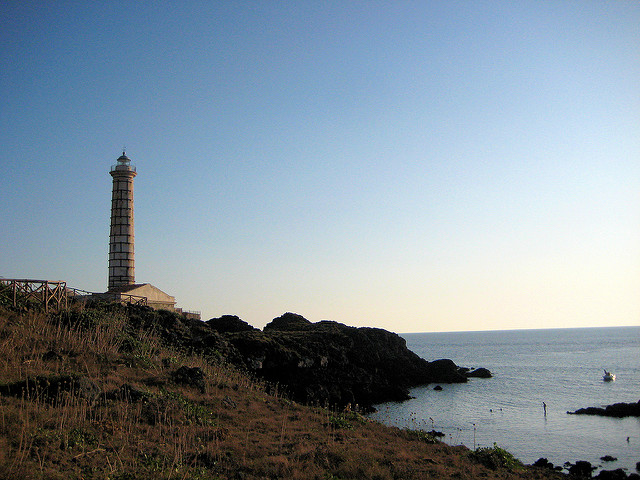 A new project has been launched in Italy to give new life to State-owned buildings that are not used anymore. A specific part of the project is intended to safeguard Italian historic lighthouses. The “fari” (lighthouses in Italian) are often so picturesque or in such an amazing location, that their deterioration would be a real shame.

After a mass consultation, the Italian Agency of State Property has decided that a good way to reevaluate historic lighthouses in Italy is to offer them to third parties that can use them with tourist-receptive purposes.

Seven of the lighthouses part of this project are actually managed by the “Demanio”, the State Agency that handles the properties of the State, and four by the Defense Ministry.

In 2015 a tender was launched, and as of January 2016 the response was quite satisfying: 39 offers have come in from Italy and abroad. “This shows great team work between the Demanio and the Defence Ministry, for a significant opportunity for developing local areas,” said Defence Minister Roberta Pinotti.

The management of 11 State-owned lighthouses will be given in concession to private entities that, after restoration and refurbishment, will have the opportunity to use them as tourist accomodation, information points or restaurants, for a period of time that goes from 6 to 50 years. The idea is part of the “Valore Paese” (Country Value) project, aiming at substracting State-owned buildings (like dismissed train stations, hospitals, schools, fortresses… ) from abandonment and find them a new purpose.

The 11 lighthouses, many of which date back to the 19th Century and have been inhabited by their keeper until few years ago, are situated in some of the most beautiful landscapes of the Italian coast; therefore the respect of the environment in their refurbishment and re-use is a key point in the consideration of the bids.

Three of the lighthouses are in Tuscany (of which two on the Giglio Island and another on the Isola Formica Grande); four are in Sicily and its smaller islands (Ustica, Levanzo, Siracusa, Augusta); two are in Campania (Ischia and Maiori); one in Calabria (Isola di Capo Rizzuto); one is on the Isole Tremiti, off the coast of Puglia (part of a National Park that is at risk of a natural disaster).

Faro del Fenaio on Isola del Giglio was inaugurated in 1883. Situated on the Northern point of the island, from here you can get an amazing view of the Mediterranean Sea. It can be reached on foot, walking 3 km (2 miles) among bushes and rocks. On the other side of the Island lies Faro di Capel Rosso, built at the end of the 19th Century to replace the existing lighthouse delle Vaccarecce, the oldest on the Giglio Island, whose lightning was not adequate.

Another lighthouse in Tuscany is the one on Isola della Formica, the largest island of an archipelago of the same name. The “Formiche” are popular among divers.

The Lighthouse Capo d’Orso, in Salerno, is along the Amalfi Coast and can be reached only on foot.

The Punta Imperatore in Ischia is one of the most important lighthouses of the Mediterranean and offers an amazing sunset view. It is the location of a sad and romantic story: at the end of the 1930s the guardian of the lighthouse died. The widow, poor and alone, asked the authorities to be allowed to take her husband’s job. Despite the fact that it was a time of war and women were not considered much, she did get the job, and her story has become a theatre play.

Faro San Domino on Tremiti Islands was the site of one of the mysteries of Italy. On November 8, 1987 a bomb exploded at the lighthouse. One of the bombers died. The reasons behind the attack are still unknown. Maybe it was orchestrated by Gheddafi, former dictator of Libya, that had a strong interest on these islands.

One of the lighthouses of the list is in Capo Rizzuto (Calabria), that has been considered a sacred place since pre-Hellenic times. The area is a marine reserve, has interesting archaeological sites and a rich flora.

A lighthouse in Siracusa, Sicily, is at the fishermen village of Brucoli; it is situated near the “Castle of Queen Giovanna”. Faro di Murro di Porco is also in Siracusa, in an area characterized by cliffs and caves.

On Levanzo – Favignana Island, Faro di Capo Grosso is on a solitary oasis, ideal destination for scuba divers and lovers of caves and solitary beaches.

The area of the Faro di Punta Cavazzi on the Island of Ustica is part of a marine reserve; with its steep coast and the various caves, it’s a scuba divers and sea lovers paradise.

Redevelopments of this type, that lead to the “lighthouse accomodation”, are not an Italian invention: they have already been carried out in the United States, Canada, Australia and some European Countries. The style is that of the “Paradores” in Spain and “Pousadas” in Portugal, accomodations in historical buildings and former monasteries. A good idea to bring back to life historic buldings so to not forget our past.