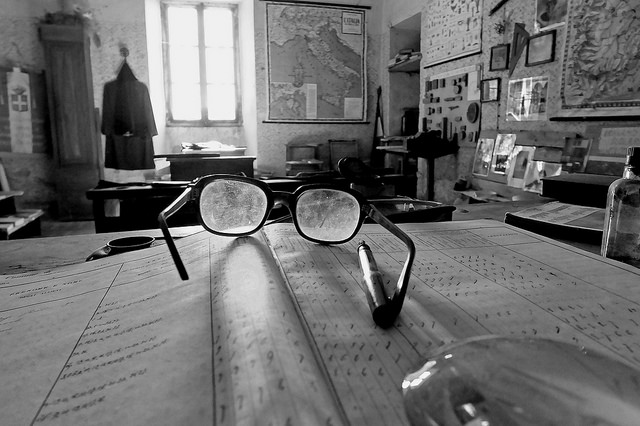 Have you ever wondered how the Italian school system works? We in Italy tend to despise it and if there is a certain truth behind the critique, especially when it comes to the way people are hired and the rampant instability of education jobs in the country, it is also true that Italy still offers some of the most complete didactic curricula in Europe.

The basis of the current schooling system were laid in 1946, when Italy became a parliamentary republic. Since then, statal education has formed the real backbone of the didactic system in the country. Compulsory school, which last from 6 to 16, is tax exented, which means you do not need to pay any registration fee. From 16 to 18, a minimal registration fee of about 20 euro (around 23 USD) has to be paid. Children who were not born in Italy, receive free public education, even after the end of compulsory school and even if they are regular Italian residents.

Third level education in Italy, just like primary and secondary, is mostly public. There is a number of private universities, some of them, such as  Università del Sacro Cuore and Università Bocconi, both in Milan, are renowned a bit everywhere in the world. Many public university are prestigious, too: Pisa, Pavia, Padova, Bologna are only some of the best known athenea in the country. In public universities, fees are usually divided in a fixed tax to be paid to the State and tuition fees due to the university. The latter are usually calculated on the basis of the student’s (or his/her family, if dependent) income. Public universities fees are, however, usually never superior to 2500 euro per annum (around 2800 USD). Private universities may charge more, but never as much as an American University!

Primary and Secondary cycles of Education

As said, compulsory school, which is fee exempted, starts at the age of 6 (with the possibility to be anticipated to 5 1/2) and lasts until the age of 16. The percentage of alphabetization in the country reaches the almost totality, at 99%. Schools in Italy are mainly public, although some private institutions exist.

Before entering the schooling system, children are usually introduced to non-compulsory nidi d’infanzia and sezioni primavera, the equivalent of crèches. These sections usually  are for children of one to three years of age. They then enter the scuola dell’Infanzia, the rough equivalent of kindergarten. Here, children begin experiencing a more standardized schooling experience with classes, classmates and little learning sections with tasks. Often, they also eat at school and spend part of the afternoon there.

Scuola Secondaria di Primo Grado was formerly known as scuola media. Pupils attend it until they turn fourteen years old. Formerly at age fourteen, compulsory education was considered complete. Now this limit has been raised to sixteen. While the schooling is free, books must be purchased at the secondary level. Class size is about 21 students per class. The curriculum includes: religion, Italian, English, an alternate foreign language, history, geography, science, math, technology, information technology, art, music and physical education.

At the end of the three years of scuola secondaria di primo grado there is a State exam, similar to the one students will have to take at the end of high school.

If up to scuola secondaria di primo grado the Italian educational system may seem very much the same as the American’s, when it comes to high school, things change dramatically.

Italy is known to be one of the few countries in the world where a distinct, well defined choice about a pupil’s future professional career needs to be taken as early as 14. Italian high schools are of different types, depending on the main focus of their teachings. They must be chosen during the final year of scuola secondaria di primo grado and the pupil must attend it until his/her 16th year of age. Italian high schools can be divided as such:

In all high schools class sizes are between twenty five to twenty eight students. They, as mention above, do charge a minimal tuition for the years after their pupils turn 16. However, based on family income, some students may qualify for exemptions or assistance. Curriculum varies depending on the course of study chosen.

After completing the higher secondary school, students must pass another exam in order to receive their Diploma di Maturità. Once they have their diplomas, they either begin their careers in their professions or move on to the University.

Italy has 61 state universities and 15 private. Structurally, they all follow what is considered the now stardardized European model, with a primary course of three years to obtain a bachelor degree (diploma di laurea), a further two years to specialize with a Master’s degree (laurea magistrale) and, finally, the possibility to obtain  a PhD (dottorato di ricerca). This is valid for very much all faculties, except some which maintained a more independent structure, characterized by a single cycle of studies – longer –  which equals, once achieved, a Master’s degree. Among them, Medicine (6 years),  Law (5 years), Architecture, Pharmaceutical sciences.

I need to move to itally with my family

Am a Nigeria with 2kids,nd nd my husband nd willing to move to itally with my kids and husband,pls help,from South Africa ,but we re nigerians