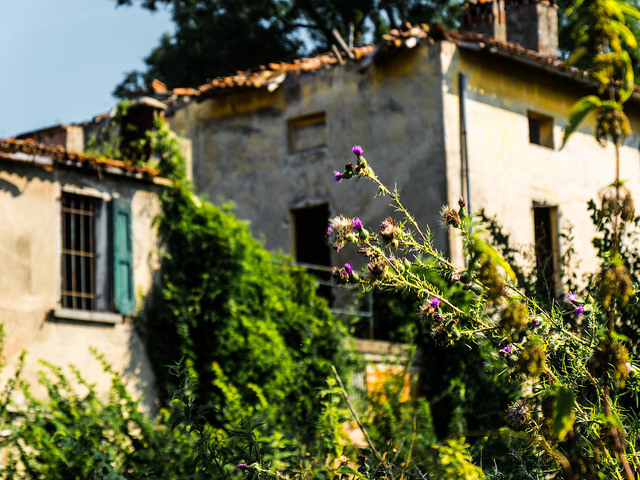 Renovation contracts: do you really need them in Italy?

You’ve just purchased your crumbling rudere set against a picturesque backdrop of rolling landscapes, but now you face the task of transforming this abandoned pile of bricks and stone into the house of your dreams.

But coming up with a plan of what to do and how to achieve it can be daunting to say the least, especially if you are not a structural wizard, accomplished architect or master builder, and when you don’t understand how the legislation works here in Italy.

Life would be a lot simpler of course, if we knew what to expect. So, is it just a question of finding a local geometra to draw up the plans and a contractor to clear the land around the house, hack off some render, do some masonry work, tile the floors, kitchen and bathroom, install the plumbing and electrics and slap on a bit of paint? If you think that this is all in a day’s work… think again!

Some project designers and building contractors are reputable and very good at their trade. Some are not, however, and it is surprising to note how many foreign buyers often enter into verbal agreements with architects, works directors, engineers, builders and tradesmen, without carrying out a cursory check and simply believing what they are told. Even more alarming is the fact that some transactions are carried out without proper written agreements, invoices or receipts. It goes without saying that situations like these can quickly develop into potential nightmares if they are not handled correctly from the outset. Verbal agreements, it should be stressed, provide very limited means for seeking redress against shoddy, overpriced work or even fraud. Furthermore, e-mails are not always considered as sufficient evidence and Judges can question the use of e-mails as the basis for a binding contract, especially in the absence of signatures. The Italian judicial system is still coming to terms with the evolving electronic landscape with regard to contract law.

Take the case of some foreign buyers for example, who commissioned a project designer to manage their renovation project. The project designer, a qualified professional, went ahead with the project without obtaining the relevant planning permissions from the local comune (council). Work on the house had progressed to an advanced stage, but the council served enforcement notice after it became aware that there had been a breach of the planning laws. The owners are now embroiled in a lengthy legal battle.

Another case involved British buyers who commissioned a small firm (which turned out not to be a registered impresa) to renovate their property. They agreed on price and established the project timescale. Money exchanged hands, but without receipts and with no formal contract or agreement in place. The contractors started work, but then continued to ask for more money. Eventually they ceased all communication with their clients, leaving them not only out of pocket, but with an unfinished house, for which they have had to pay additional sums of money to complete. The contractors have since disappeared and, without a formal identity, they are now difficult to trace.

In another very unfortunate case, a builder sued a foreign couple because they refused to pay his bill, arguing that the final amount far exceeded his initial estimate. The relationship between the client, architect/works director, agent and builder was such that, again, no formal agreement had been drawn up between the parties.

After a number of preliminary hearings, the Judge ordered the defendants not only to pay the full invoice amount outstanding, but ordered them to pay costs and interests as well.

The latter ruling involved a special process called a procedimento di ingiunzione. This is where summary judgments are used to collect outstanding debts. The process is normally very fast and a creditor can obtain a court decree without the debtor having to be present at the hearing (inaudita altera parte). All a creditor needs is written proof of his or her right to payment. This written proof need only come the form of a simple invoice.

The mechanism used by the courts is called the decreto ingiuntivo. Simply put, this is the means by which the Judge orders a debtor to pay his or debt within a given timescale (40 days). The decreto ingiuntivo becomes effective after the 40 days. If the debtor fails to pay, enforcement proceedings begin to seize his or her personal assets. If the defendant disputes the debt, he or she must apply to set aside the judgment within the 40 days.

Be warned! Whereas Judges don’t normally concern themselves with the quality or quantity of work that has been carried out, they do decide on the basis of the debt that is owed according to the invoice. In many cases the defendant is made to pay first whilst the lawyers, in the meantime, gather all the evidence to argue who is right or wrong. Considering that the length of civil proceedings in Italy is, in most cases, excessive, where it is not uncommon for a case to last anything up to ten years, it pays to ensure that your rights and interests are fully assessed and protected.

To sum up, the success or failure of any renovation project not only hinges on your choice of geometra/architect, works director and building contractor, it will also depend on how clear you are from the very outset and on the drawing up of a lettera di incarico professionale di progettazione (design agreement and letter of engagement) and binding renovation contract. No matter how trustworthy you feel your project designer and contractor are, don’t rely simply on handshakes and promises. Verbal agreements are hard to prove in court, especially if you don’t have witnesses or have anything in writing.

It is alarming to note how many foreign nationals seem often reluctant to sign a contract, but a written contract spells out exactly what services you have agreed to, the exact nature of the work to be undertaken, the price, and what the total fees will be. A professionally drafted contract will also include a clause about what to do in the event of a dispute. In essence, a written contract ensures that there are no surprises, false expectations or long drawn out battles about who said what, a few months down the line.

Moreover, in order to avoid possible confusion and problems later on, it is important that there is a faithful translation of the contract and that this translation is attached to the original Italian version.

Another important part of the contractual phase is to ensure that all the renovation work is covered by a single contract. All other attachments, such as the project design, bill of quantities, estimates and specifications for example, must form an integral part of this contract. The price given should be the prezzo a corpo (all inclusive price) because this is a better option.

Sometimes conflict of interest may arise when a director of works and or project designer (in some cases they can be the same person) participates in the contractor’s or other supplier’s business. These situations should be guarded against because the works director is – among other things, as required by law – entrusted by the client to ensure the project runs smoothly. There is also a tendency among some project designers to split and manage the project work into the following areas:

In our experience, there are no real advantages in letting the project designer split the work into confusing mini-projects, because the client will only end up having less control over the project costs and timescales. It is better to roll any sub-contract work into one single renovation contract. If it is not practicable, then the alternative is to roll everything into what is called a contratto di engineering.

So, what precautions should you take? Apart from carrying out local checks to investigate the project designer’s and building contractor’s reputation, and quality of work, it is important that you seek proper legal advice. Whether you are embarking on a new build, renovating a ruin or buying an off-plan development, only an experienced lawyer can carry out appropriate due diligence. This includes searches to check for solvency and licensing issues. Moreover, he or she will have a good understanding of the local planning laws, will inform you of your legal rights, and draft appropriate contracts containing relevant clauses about responsibilities, price, variations and timescales, in order to protect those rights.

A good lawyer knows that prevention is better than cure, especially in a country where civil proceedings are not only costly, but also excessively long. And where, as in the case of disputes with builders in the absence of formal contracts, foreigners are forced to pay up first and then file their defence in court afterwards.