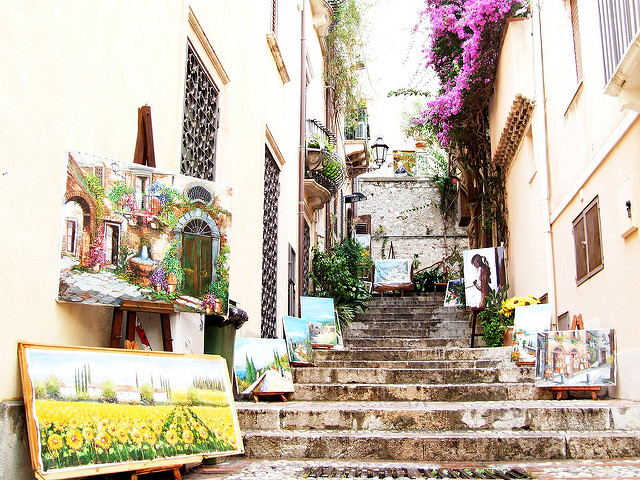 A beautiful region of honest people, approximately 1,561,461 enjoy living there. It is very productive and rich and also has some great art cities, like Urbino, where Raffaello was born. When visiting, Palazzo Ducale is a must-see.

Some claim that there is Rome and then the rest of Lazio; this is possibly true due to the fact that Rome is considered by many to be the most beautiful city in world. However, Lazio has some nice places besides the capital, such as Viterbo or Castel Gandolfo, the summer residence of the Pope. Sabaudia offers a great beach and the northern part of Lazio is a delicious excuse for countryside excursions. Approximately 5,626,710 people live in Lazio with the majority in the area of Rome.

A small region, actually the second smallest after Valle d’Aosta. Home to approximately 320,838, Molise became an independent region only in 1963, making it the youngest region in the Italian country.

Also referred to as Abruzzi, it is a magnificent region with mountains and beaches. It is famous for the Gran Sasso Mountain, but also for the small towns that make it a beautiful area to visit. Approximately 1,339,330 people live there. In 2009, a terrible earthquake devastated Abruzzo’s most beautiful city, L’Aquila, a true art city and capital of the region.

Campania is home to Naples, Pompei, and the Amalfi coast, including the famous island of Capri. It has great food and amazing sweets, it is the birth place of pizza, and has the best gelato in the world. Populated by approximately 5,812,649, Campania features the second biggest volcano in Italy, Vesuvius, which erupted in 79 AD, destroying the cities of Pompeii and Herculaneum; the volcano is technically still active. Before leaving the area, stop to see the Greek temple in Paestum.

There are approximately 2,009,227 inhabitants in this region that probably features the best coastline in Europe. Tropea is a gem worth seeing, as well as the two Riace Bronzes, statues found on the bottom of the sea only a few decades ago. Like the rest of the south, Calabria is strongly influenced by the ancient Greek traditions, the remains of which scatter the area.

Small and not as wealthy as other regions, Basilicata – or Lucania –actually holds the eigth largest oil deposit in the world, though the oil is virtually impossible to extract. The city of Matera closely resembles Jerusalem and for this reason it has often been used to shoot films about Jesus; Mel Gibson shot his Passion of the Christ there. The total population is approximately 590,944.

Apulia is considered the Eastern Bridge to the Middle East and a region of great culture and history. Lecce is a beautiful city, while Bari is very industrial and productive. Famous for its Trulli, characteristic homes typical of the area, Apulia has gorgeous beaches, like Gallipoli. It also has some important monuments, above them all the Castel del Monte featured in the film The Name of the Rose. Another city worth seeing is Ostuni. There are approximately 4,080,311 inhabitants.

An amazing place, probably one of the most important cultural centers of the world, where traditions, religions, and sciences have merged and confronted each other for millennia. Sicily is the largest island of the Mediterranean Sea, and home of the largest and tallest volcano in Europe, Mount Etna. It features some of the best food, with truly unique tomatoes, lemons, oranges, olives, and eggplants among its ingredients. Palermo, Taormina, Siracusa, Noto, Modica, and Caltagirone are cities that must be seen at least once in a lifetime, in order to fully understand how the modern world has taken shape the way it has. Sicilians living in Sicily number approximately 5,043,083, but many, many more are scattered around the world.

A solitary island in the best sea in the world, characterized by the most amazing landscapes. It is a great summer getaway, with VIPs and tourists gathering from all over the world and dramatically adding to the 1,670,219 already living there. Reachable via plane or by ferry, Sardinia is a place that must be visited, and fully enjoyed.