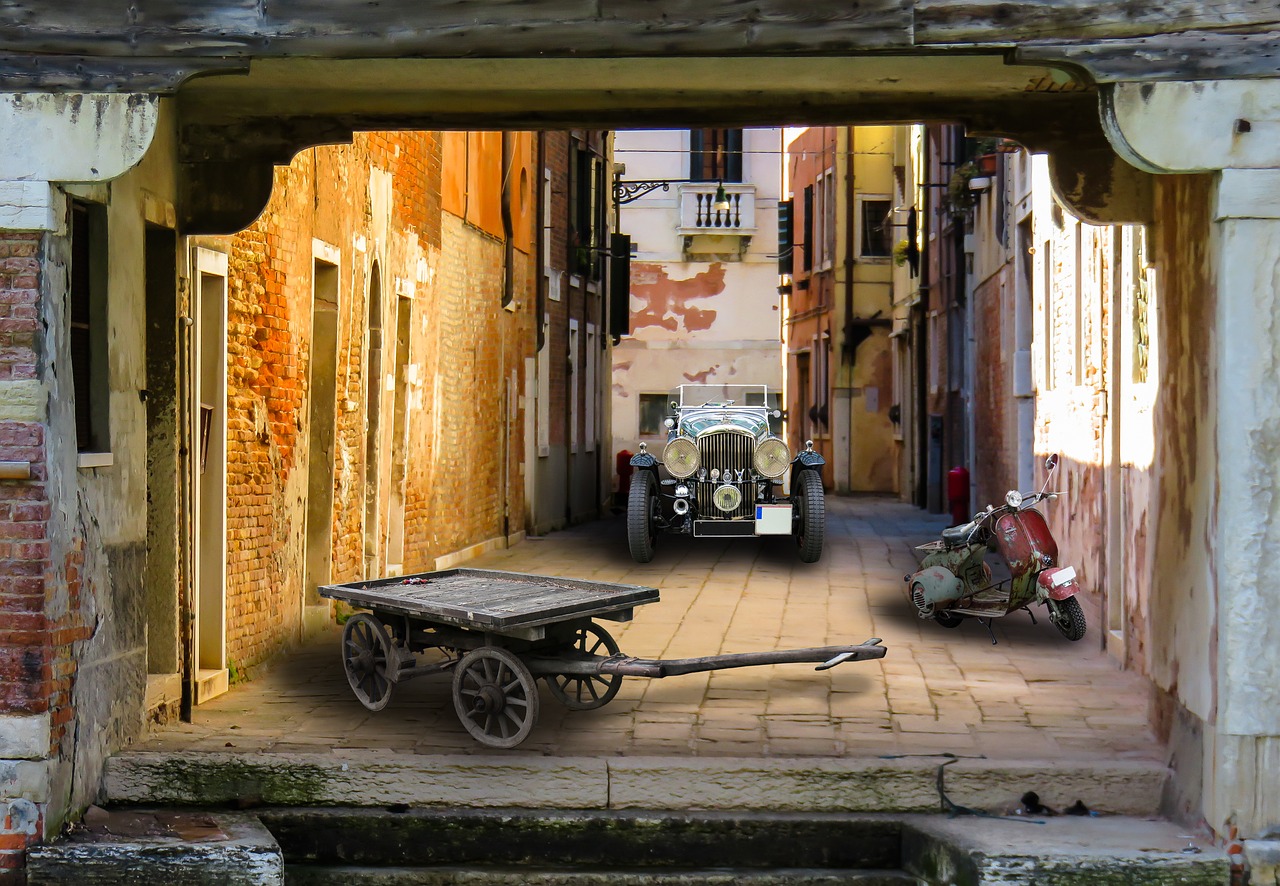 Driving is undoubtedly one of the best – and most adventurous – ways of discovering Italy. However, before you hop into the driver’s seat and head for the fast lane, here are some things you should know.

First and foremost, decide if you really need a car. If you plan to visit the major cities then chances are that you would be better off using a combination of public transport and taxis. Train stations are located in the center of most towns (including on the Grand Canal in Venice), from where it is convenient to reach hotels and get public transport or taxis.

However if you want to explore rural Italy or like the freedom of movement that only a car can offer then read on.

Keep to the right unless you are overtaking and make sure you can drive a manual transmission car or specify to the rental company when you book the car that you need an automatic.

For American tourists, it is no surprise that seat belts must be used. What may be a surprise is that the use of seat belts became wide-spread only in July, 2003, with a law that calls for loss of points on driver’s licenses for non-observance. Use of hand-held cellular phones (without ear phone) is also prohibited while in motion!

Italy’s autostrade (motorways) are toll roads. You can pay by credit card (look out for the credit card symbol at the toll gates – at the Blue “Viacard” gate). If worse comes to worst and your card refuses to work, don’t panic. It’s within your rights to request that a bill be sent to you (don’t forget to pay, though!). Expect cars to get too close and start flashing at you if you go too slow (according to the Italian too slow) on the autostrada so keep to the right. The speed limit is approximately 80 miles (130 kilometers) per hour but some cars move a lot quicker than that. There are also quite a few drivers who don’t observe the safety distance behind you, so again it is best to keep to the right and don’t get nervous.

If your car breaks down, dial 116 for the breakdown service. (If you’re hiring a car, breakdown charges may be covered in your insurance.) If you want to know traffic conditions on the autostrade tune in to radio station FM 103.3 (Isoradio). The program is in Italian, but every now and then there is an English speaker.

Many gas stations close for a somewhat leisurely lunch (12:30 – 15:00) although most have at least one self-service pump. Gas stations on the motorways offer 24-hour service. They also have convenient snack bars and the lavatories are normally clean.

The rules of the road may seem at times to be open to interpretation. Relax, drive at your own pace and keep your feet poised over both accelerator and brake – you never know which one will come in most useful.

Traffic lights are generally respected, though you will be expected to be quick off the starting line as soon as the lights change. Rules change when you get to Naples where stopping at traffic lights is an option rather than a rule. A general safety rule when driving late at night or early morning (and probably most other times as well), is to check the intersection for approaching traffic before moving on a green light. Some Italian drivers shoot through intersections when the light has already turned red for them, and sometimes they move forward before they get the green light.

Parking is a problem, especially in the major cities. It is a good idea to leave your car in a supervised car park, especially if you have luggage. Try not to leave anything that can be easily spotted from the outside or you car will be most probably broken into – almost certainly in places like Naples (Napoli) and quite possibly in places like Florence and anywhere else for that matter. For a quick lesson in nifty parking, watch the locals. Any Italian worth his (or her) salt can get in and out of seemingly impossible parking spaces with a minimum number of maneuvers. In many large cities, there is road side parking (in the blue lines), for which one pays about 1 Euro per hour (about $1.40 per hour) – but prices may differ. Tickets obtained from street meters must be placed on the dashboard.

Plan your itinerary with care, giving particular attention to avoid peak periods for vacation travel, or commutes in and out of major cities. Traffic is usually very heavy leaving big cities on Friday evenings and returning on Sunday evenings when Sunday excursionists combine with weekend travelers to create huge jams on the main roads leading into the town and on the ring roads (for example, the raccordo annulare in Rome). Similarly there are certain periods in the summer when the vacationers move in great mass and there is great discomfort because of the traffic. These periods are usually at the end of July, the end of August, and some weekends in between. Check these dates with the locals upon arrival.

Although you may not have this experience, you should know that the police or the carabinieri (military police) can motion you to pull over, even if you have not committed any driving offense, to check your driving papers. Do not be offended or worried. This is part of the regular road surveillance undertaken in the interests of the general public.