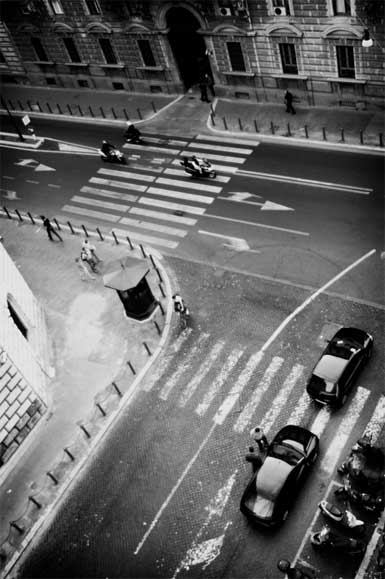 Driving in Rome or “The Space Invaders Challenge”

For those of you who are old enough to remember a video game called Space Invaders, it would be easier to understand what driving in Rome is like for somebody who has, let’s say, learnt to drive in the US.

For all the others, who are lucky enough to be so young to have no clue of what I am talking about, well, let’s say that once you board your vehicle and you hit the road in Rome, your windshield turns into a digital screen, where the road is an intricate labyrinth, populated by aggressive and menacing aliens that you must “avoid”.

The aim of the game is to arrive safely at your destination without being hit or having crashed into Aliens spacecrafts.

Avoiding the enemy is not so much a matter of following the rules, as it requires good psychic skills.

Driving in Naples is easier. There no rules apply. So, if a traffic light is green, just stop anyway, as the car driving across will probably ignore the red light on his side of the crossing.

Rome is more complicated, as half of the population drives by the rules and half doesn’t. That’s why you must, indeed, be able to foresee what the drivers in front of you might decide to do, in order to confuse you, within the next couple of seconds.

For instance, the blinking sidelight on one side of the car can either mean that that person means to turn that way, or that he has forgotten to switch it off and might be ready to turn just the other way. So, if you think of overtaking a vehicle from the left on the base that “it has signaled that it’s about to turn right” don’t do it. You might easily be driven into.

Romans are told not to trust the drivers around them, so you shouldn’t either.

A good advice is: when you drive in Rome, just pretend that everyone around you is drunk and capable of the weirdest thing in a blink of an eye. And let’s add that, once you hit the city centre, it’s like you have reached a more advanced level of the video game where the unexpected “dangers” are everywhere and where, each time, you have to guess whether the “aliens” will or will not play by the rules.

One more thing: despite the huge fines for those who don’t wear a seatbelt, and the fact that using them doesn’t cost money or additional gas or anything else, many Italians, especially in the south, still regard them as a signal that you don’t trust the driver of the vehicle you’re in.

Many Italian drivers would get offended at your attempt to put on the belt, especially taxi drivers, who would give you a dirty look if you innocently ask “where’s the belt?”.

Ok, now you can watch this video about driving in Naples: