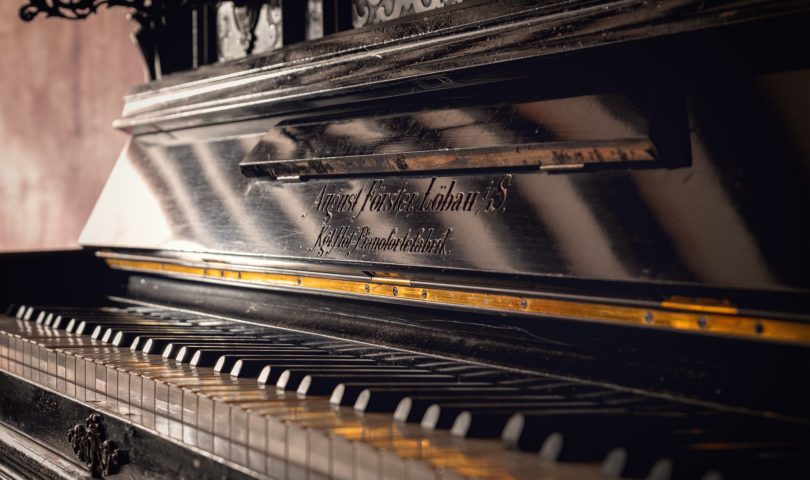 Ever wondered what Italy’s most famous inventions are?

Italians are known to be very creative: it’s not a case we’re considered a people of artists. Creativity, though, doesn’t only mean art, but also science, finances, technology and Italians have been pretty inventive in all these fields.

Let’s take a look at seven great world inventions you may not know come from Italy.

The name Evangelista Torricelli may say nothing to you, but that of his mentor and teacher, Galileo Galilei certainly does. Torricelli is behind one of Italy’s most famous inventions, that of the barometer, commonly used to measure atmospheric pressure and forecasting the weather.

In 1643, Torricelli found out that changes in atmospheric pressure would influence the way mercury behaves inside air tight tubes, making it rise and fall. After a handful of years, he created the barometer, an instrument fully based on this simple, initial observation.

Yes, Italy’s behind the invention of the newspaper, too.

Let’s travel back in time to mid-16th century Venice: in 1556, the Venetian government decided it would be useful to keep citizens updated on local events and political news on a regular basis, so it came out with a monthly paper to do just that.

It was the first time in history a publication entirely dedicated to current events appeared and, while different from our modern concept of daily newspaper, it led the way for its creation. By the way, according to historians the actual “first newspaper” was the Relation aller Furnemmen und gedenckwurdigen Historien, published by Johann Carolus in Strasbourg, starting in 1605.

The Parachute (and some other things…)

Of course, you can’t talk about Italy’s most famous inventions without coming across our favorite inventor of all times, Leonardo da Vinci. Cars, helicopters, parachutes and bikes are all among the inventions attributed to good old Leo.

Thing is, Leonardo also left detailed sketches of another incredible wander of technology, robots! Just like many other of its prototypes, we can find proof of it in the Codex Atlanticus, a twelve volumes collection of Leonardo’s drawings and writings dating from 1478 to 1519, which is kept in Milan, at the Biblioteca Ambrosiana. In it, Leonardo left notes for the construction of an automated lion, eventually built in Florence, then sent to Lyon in 1515 to celebrate King Francis I, and of a warrior, which was eventually assembled in 2002 by Mark Rosheim, a scientist at NASA, following verbatim Leonardo’s indications.

Right, we all probably have a love-hate relationship with banks, at least since 2008, but let’s be honest, they are pretty handy. Banks date back to the early years of the Italian Renaissance and were created in Florence by Giovanni Bicci de’Medici, of the über-famous homonymous family. He opened the de’ Medicis’ family bank in 1397.

In 1472, the Monte dei Paschi di Siena was born: this institution, albeit with some recent difficulties, has been open and working ever since and is considered the oldest still operating bank in the world.

What would we do without our AAs? Remote controls wouldn’t work, and an enormous amount of children toys wouldn’t either.

The first battery was the brainchild of Italian Alessandro Volta, who was born in 1745 on Lake Como. In 1800, just to inaugurate with a bang the new century, Volta came up with his voltaic battery, which was able to produce electricity thanks to its copper and zinc opposite poles, immersed in a dilution of sulfuric acid. The name Volta should bring something more to mind, though: the volt, the unit used to measure electricity, which has been, of course, inspired by his own name.

This is my favorite among Italy’s most famous inventions. While keyboard instruments similar, at list in their look, to the piano (think of the harpsichord and the clavichord) existed already before the 18th century, their sound was produced by hooks plucking their strings, which gave a more metallic and less nuanced sound.

Enters Bartolomeo Cristofori, who had the brilliant idea to get rid of the hooks-and–plucking combo to introduce little hammers with an external leather covering that, when hitting the strings, would produce full bodied, more intense sounds. While it took almost a whole century to make this new instrument just perfect, by the end of the 1700s the piano was to be the most popular instrument of all.

To be fair, the Jacuzzi is an Italian-American invention, which makes it all the cooler, right?

Candido Jacuzzi was one of the many Italians who had moved to the US in search of his own American Dream. One of his children suffered from rheumatoid arthritis, which would leave him in loads of pain almost everyday. Candido then put his Italian creativity at work to find a way to help his son and came out with the first hydro-massage tub.

While far from being exhaustive, this is already a pretty impressive list of Italian inventions. Any others you can think about? Let us know!