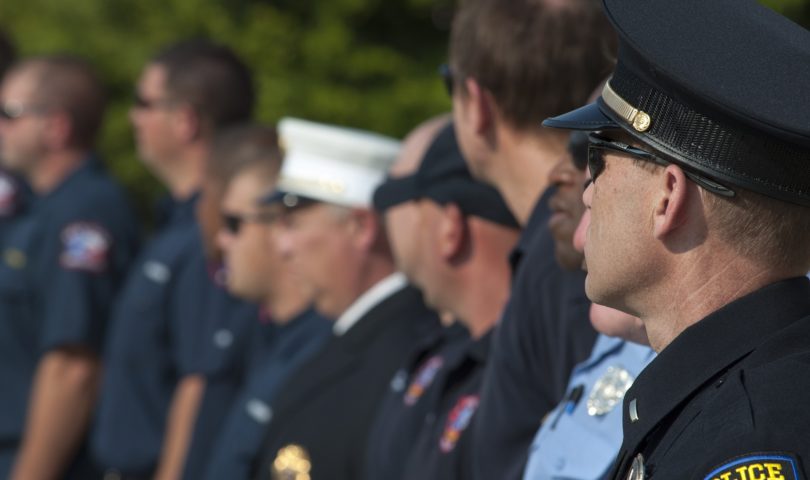 This is an article I am not happy to write, but discussing police violence seems to be almost a necessity, considering what’s been happening in the US these past few weeks.

In a world where human and economic priorities have been shifting because of the coronavirus pandemic, current American events leave the impression that history — the world as we know it — is also on the verge of epochal change.

Let’s leave socio-political discussions for another time, though. This is an immensely complex, immensely difficult topic to develop properly and, as an academic by training, I naturally refrain from presenting anything of this magnitude without appropriate, sufficient and properly documented research.

Plus: this, an online magazine dedicated to the beauty and culture of Italy, a place where people come, often, to relax and find respite from the hustle and bustle of everyday life, doesn’t really seem the right platform to challenge political and cultural matters of this magnitude.

A post on our Facebook page, however, created some debate: it compared data on police violence in the US and in Italy and, as expected, not everyone agreed on what the numbers meant.

Truth is, sheer statistics show Italy has a lower rate of police violence than the US, but there are plenty of considerations to make, including percentage of the phenomenon per population, socio-cultural context and gun diffusion and availability through the general public.

Police violence in the US: the data

There is more. Always according to Mapping Violence, the overwhelming majority of policemen and women who used forced and killed a civilian were neither prosecuted nor charged.

In 2015, 104 African Americans were killed by police in spite of being unarmed, 36% of the total. US African American population counts for 13% of the country’s citizens.

However, according to CNBC reporters Tucker Higgins and John Schoen, social scientists have yet to understand whether racial bias is directly responsible for these numbers, as there is very little data related to the race of those police forces deal with more commonly.

Police violence in the rest of the world

In any case, the CNBC article continues, these numbers are much higher than those of any other developed, western country. Just to give you an idea, a report published in 2015 by British daily The Guardian stated that only 55 people were fatally shot by police in England and Wales between 1990 and 2014. To give you a better idea, the same amount of people was killed by police in the US within the first 24 days of 2015, the year when the report was published.

Of course, there is the ever important matter of population: the UK as a whole has about 66 million citizens, while the US has just over 328 million, roughly 5 times more. Still, demographics alone can’t justify such a large divide. Similar the situation in Germany, a country that has 1/4 of US population, where police killings were 15 in two years (2010 and 2011).

And what about Italy?

The issue of police violence in Italy became of public interest after the death of Carlo Giuliani, in 2001, during protests against the Genoa G8 Summit. Since then, a greater attention has been given to the problem, which remains, however, not as widespread as it is in the US.

Raw data about Italy are not simple to come by, however there is a good amount of information around, sufficient to give an idea of the situation in the Belpaese. Statewatch.org highlighted the presence of a thread of violence against immigrants and Roma people among the police forces, which has been going on for a number of years. Amnesty International mentions a pattern of allegations of ill treatment of detainees in some Italian prisons, reporting specific cases that took place in 2015. Most of these cases are known by the wider public and while associations fighting against police violence were created (ACAD), the magnitude of the phenomenon remains within the standards mentioned previously in relation to countries such as Germany and Great Britain.

This doesn’t mean tragic cases haven’t taken place in Italy: notorious, also because it became a Netflix movie in 2018, is the case of Stefano Cucchi, who died in custody in 2009. The 31 year old drug addict, it was discovered, was victim of police abuse while in prison.

A lesser known case is that of Riccardo Magherini, who died in 2014 in the streets of Florence, in a way eerily similar to George Floyd’s. Magherini, who was in a confusional state, was thrown to the ground by Carabinieri and died of asphyxiation after an officer immobilized him for several minutes by kneeling on his back. Magherini, just like Floyd, was heard asking for mercy during the ordeal.

The incidence of police violence in the US is certainly higher than in other developed countries around the world, including Italy. Yet there are several considerations to be made.

If, we’ve seen, mere demographics are insufficient to justify numbers, other realities could. Lynne Peeples of Nature Magazine reported that the amount of fatal shootings by police around the world is directly proportional to the estimated number of guns owned every 100 people: in 2017 (2 years before the data proposed by Mapping Violence mentioned above) there were 120.5 guns every 100 people in the US and 996 fatal police shootings. In Canada, the second ranking country in the list, there were 34.7 guns every 100 people and 36 police killings, so it could be well said that a link is present. Police officers faced with the potential risk of being shot may be more prone to use their weapons for self defense. This, however, doesn’t explain cases such as that of George Floyd, who was unarmed.

Another issue could be that of attitude towards weapons and their use. Europe, for instance, has very low numbers of fatal shootings, as well as low numbers of guns per 100 people. National laws on gun possessions in most European countries, including Italy, are much stricter than in the US; but people in Europe are, generally, less inclined to own weapons and to keep them at home, because it’s just not common and it has never been. In Italy, for instance, only hunters or law enforcement tend to have guns at home. It is also much more difficult to obtain weapons, and permits to own them are not easily released.

In the US, on the other hand, owning a weapon is a constitutional right, a factor that justifies it socially and legally. Could this mean that citizens of the US are somehow desensitized to the risks associated to the use of firearms, including those who become policemen?

A good question to discuss.

But today, in the wake of the current events in the US, it is probably the racial factor that needs to be tackled more strongly. While accusing all law enforcement to be violent and, more specifically, to be more violent against racial minorities would be a gross and unjust evaluation of an entire group based on the work of only some, evidence cannot be discounted. Yes, there seems to be a trend of police violence in the US, albeit led by a minority among the force, and yes, African Americans are more at risk of being victims.

This, however, does not mean the US is a country that relish racism: this would be a lie and an unjust one, as the huge amount of non African Americans participating to protests across the nation demonstrates.

Neither should we think that all policemen and police women are racially biased against non-whites: this, too, would do a disservice to a category who places the well being of the community at the core of their work. Nevertheless, there may be a minority among them who didn’t join the force to serve their country and their community, but rather to exercise and abuse the power that goes with being a police officer, as in the case, I think it’s fair to say, of the three who killed George Floyd.

The issue, it seems, lies way deeper than the last events. Indeed, it lies way deeper than those of the past 10 or 20 years. It may well go all the way back to the civil rights movement and how it won equality for the African American community, yet it appears that such equality still has to be achieved in the most important of all places, people’s mind.

Understanding the reasons behind the history-changing events of the last 2 weeks in the US requires reflection, research and a devoted, serious will to accept the possibility that, in reality, even the most liberal of all nations still has- as many others around the world — fearsome skeletons hidden in the closet.