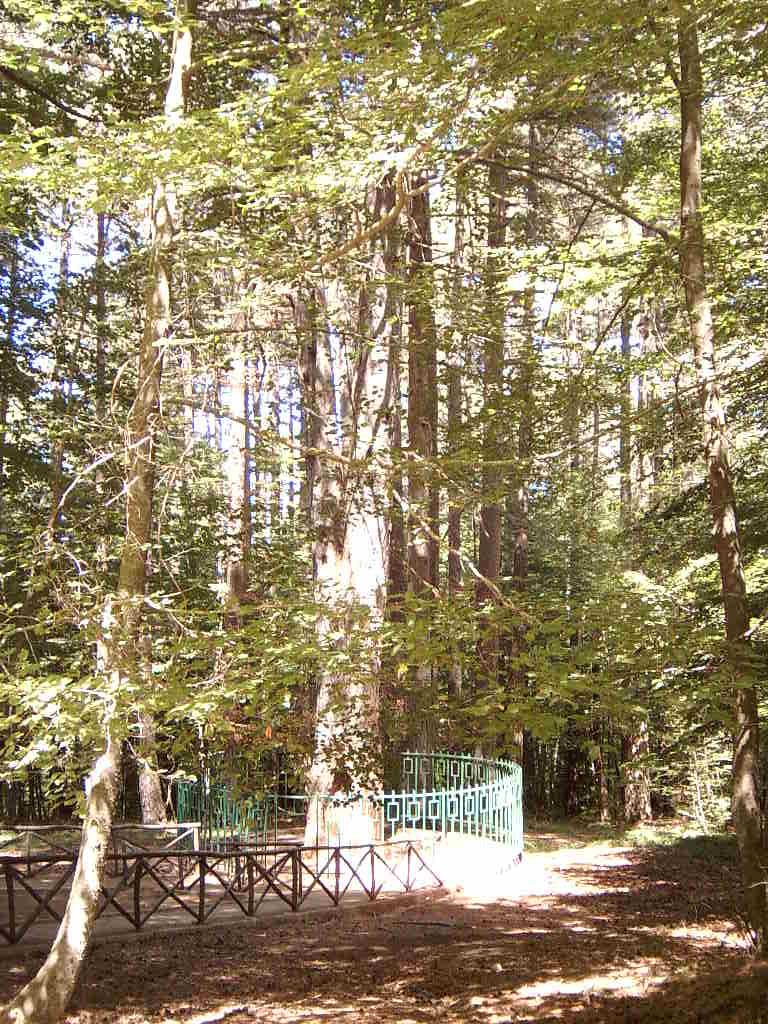 The southern end of the Apennine mountain range is located in Reggio Calabria in the region of Calabria. The highest part of the granite mountains in this region rises up to over 2,000 meters and the formation tends to look like a pyramid. In this mountainous area, surrounded by rivers and sea, is the Aspromonte National Park. The park offers stunning natural beauty, many species of animals to observe, and the opportunity to participate in several types of outdoor activities. There have also been important archeological finds in the park area that date back centuries. If you visit the park you should also consider stopping in Sila and Pollino, two beautiful nearby towns.

The history of the region is quite interesting because several different populations have lived in the area in the past few centuries. The traces and traditions of these different cultures can still be seen, especially in the smaller villages around the park. For instance, in ancient times the area that is modern day Crotone and Reggio Calabria were flourishing parts of Magna Graecia—especially useful because of their proximity to the Mediterranean Sea–and today many people in remote areas still speak the Grecanic language.

If you visit the area you will be able to see proof of the Greek presence by two rocks, dating back to between the 4th and 6th centuries, located in Serro Tavola, S. Eufemia d’Aspromonte and Palazzo in Municipality Oppido Mamertina. Following the Greek period of rule in the area, and after the establishment of Christianity, many people started to move towards the mountains where many monasteries were eventually built with the Christian-Orthodox rite. The Bruzi came to power after the Greeks and the remains of their protective walls remain in Reggio and Locri. After repeated attacks on the Bruzi by pirates and Romans the latter eventually took possession of Aspromonte. Brimming with water and vegetation it was thought to be something of a Promise Land.

Spurred by a mild Mediterranean climate a diverse array of vegetation and animals flourish in the park and rare birds like the Black Woodpecker and the Golden Eagle live here. Government officials have taken important steps to ensure the integrity of the park and the animals that live in Aspromonte and protect the environment from damage.

Another unique animal in the park is the Eagle Owl, considered to be the largest European bird of prey found in the area. You will be able to tell a Short-Toed Eagle by spotting the dark plumage on their back and the white on the lower part of their bodies. A day bird, the Short-Toed is often spotted by visitors to the park along with Sparrows, Honey Buzzards and Goshawk Hawks. Wolves take shelter in the park’s mountain ranges and the species in the park have black-grey fur and stripes on their sides.

The plants in the park are helped to grow by the rainy or snowy winters and relatively wet summers at the higher altitudes. Due to this climate there are several interesting species of plants in the area. The park’s lower areas are always green and there are also citrus fruits, olive trees and myrtle, holm oak, mastic trees, strawberry trees and broom that can be found in the region. You will also be able to spot chestnut trees, some as tall as 1,000 meters, along with Neapolitan alders, ash trees and maples.

Aspromonte National Park offers something for everyone. Those who love mountains can bike, hike and explore the routes within the park, which are quite charming and are characterized by thick, colorful vegetation and beautiful bodies of water. Apart from the natural beauty of the national park there are also many cultural and historical points of interest in Aspromonte. There are several archeological areas, ancient ruins and architectural marvels to be discovered. The Mausoleum of Garibaldi, Mount Basilico, Nino Martino Square, Montalo, Menta Dam and the Maesano Waterfall are all interesting places to visit as is the historical town of Amenolea.

From Bova, visitors can travel to the Amendolea stream and on to the ancient town of Roghudi, which is situated on a rocky spur between two streams. Pesdavoli is located on the brink of a large landslide and offers beautiful views of Mount Lofri. The Carra houses in this area are quite interesting and charming and can be found in Fiumara La Verde and Casalnuovo.

Aspromonte National Park is an interesting place to visit not only because of its rich flora and fauna and beautiful landscapes, but also because of its historical and archeological importance. The small villages and towns that are located in the area contain a wealth of history, culture and amazing gastronomical traditions (try some maccaruni in casa or homemade pasta), many of which have been handed down from generations.