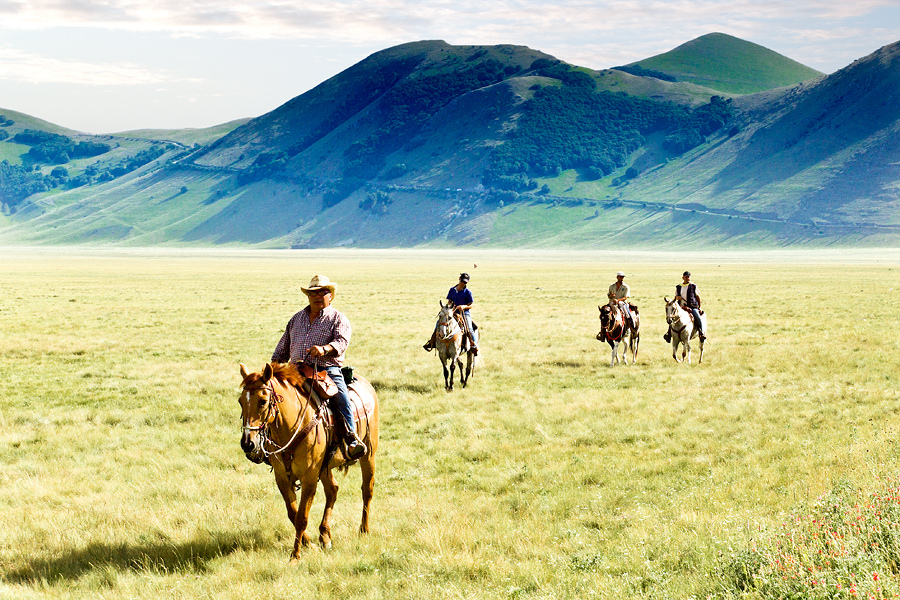 The largest of the historical Italian national parks and of the entire Alps Mountain Chain. It starts in the heart of the Central Alps, including the valleys, forged by ice, and water erosion, coming from the Ortles-Cavedale mountains chains. The landscape is formed by evergreen forests, creeks and gorgeous valleys. Since the park its situated on different altitudes, the ecosystem varies, having a wide range of flora and fauna which complete the local landscape. There are also present, in the local environment, rural villages, which perfectly mold in the panorama.

The Parco Nazionale delle Dolimiti Bellunesi was created in Veneto to preserve a territory of extraordinary scenic and naturalistic value. The mountain peaks of Feltre and the Serva mountain, were already famous in the 18th century for their rare flora specimens. This is due to the exceptional environmental variety and geographical location, difficult to reach and, as a consequence, better preserved.

Between the Marche and Umbria regions, in the heart of Italy, stands this mountain chain, with the Monte Vettore, 2,476 meters above sea level. It was founded in 1993, on 70,000 hectares, and named after the virgin Sibilla, mythological figure who could foretell the future. Wolves, eagles, peregrine falcon are, among many others, some of the best known representatives of local fauna. The area is also known for its small, characteristic towns, full of medieval treasures.

Probably the wildest park in the country, and an open air museum at the same time. It’s a park where nature is completely left on its own and Mother Nature is the boss. This park was never touched by man. No deforestation was ever made… it’s a self made park. Besides being an open air museum of the past alpine civilization, it has richness and variety of vegetation, which is the main local attraction.

One beautiful region in Italy is home to one of the most gorgeous natural parks on the coast, the National Park of Asinara. It was established in 1997 in the northern part of the island of Sardinia on the site of a former penitentiary. It’s a narrow and long island, placed on a North/South axis. The area covers 51,23 km² with a coastline of around 110 km and high hills along the coast. The coastline is very jagged, creating a wide variety of habitats; but the area is not much for flora due to the grazing of wildlife: what makes the park unique are the small beaches situated along the otherwise rocky coast, creating breathtaking scenes.

Its historical as well as environmental setup, made this island quite an unusual place. Nature could be preserved thanks to a curious series of events, which got her the eerie name of Devil’s Island.

Located in Campania, just outside of Naples, this park is of great geological and historical interest. The park was chiefly created to preserve and protect one of the most beautiful and known active volcanos in the world, the Vesuvius.

The Vesuvius is the second largest volcano in Europe and is technically still active. In the park there are 900 different species of flora, while the fauna includes over 100 kinds of birds. This park is unique not only for its volcanic nature but also because it’s basically the only one of its size and magnitude in Continental Europe. The surrounding panorama is unique and takes in the Gulf of Naples, creating a postcard image that is one of the most famous in the world.

This National Park was established in 2007, the last one in Italy. It’s in the Basilicata region and it is divided in 3 areas, according to the degree of urbanization. It is rich in forests and as fauna it boasts wolves, wild boars and otters. Grumentum is an archaeological park, called the “Pompeii Lucana”, that in 207 b.C. stopped Hannibal and today has interesting ruins and a roman amphitheatre that in summer becomes an open-air theatre.

This park is situated in the Apennine between Tuscany and Emilia Romagna. The area has been inhabited since etrurian times, that used to go to the “Idols’ Lake” to worship their gods. The wood of these forests has been used to build the “Cupola del Brunelleschi”, in the Cathedral in Florence, and the vessels of Pisa and Livorno.