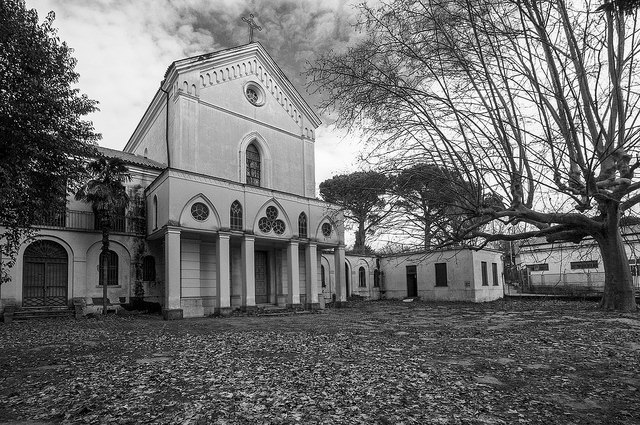 Aside from Rome, Florence and Venice, Naples and the island of Capri have been synonymous with travel to Italy. When planning trips to this part of the world many of those destinations are on the planning itinerary. Pompeii, Mt. Vesuvius, and the Mediterranean waters off of the west coast of the Italian peninsula have captivated the imagination of many as they venture over from various parts of the planet. However, for a few, once the boat ride to the Blue Grotto is complete or the ruins of Pompeii have been photographed, something captures the soul of the traveler to this area, urging their eyes to turn eastward, away from the sea and toward the mountains that lay inland from the Neapolitan seaside. As you wind down from the coast coming eastward into the country, just a mere 45 km away from Naples the city of Avellino comes to welcome you.

Located in the Campania Region in southern Italy, along the banks of the Sabato River surrounded by the Apennines lies the city of Avellino. A little more quiet and lesser known than its western neighbor, Avellino avails its charms to any who care to call it home, or at least come to visit for a few days.

Primarily an agricultural city in origin it continues that tradition to this day. Its main sources of revenue revolve around the marketing and processing of local agricultural products, although the textile industry has grown here, as well. The road from Salerno, which sits 30 km to the south, on through to Benevento passes through Avellino, making this a key hub on that route. The town carries its inland beauty well. It sits in the Sabato valley with the Apennines Mountains wrapping its arms around it. Small villages can be seen from the center of town into the hillsides, making this area a potential postcard in each direction.

It is the capital of the province of the same name and the see of an archbishop, showing its importance geographically, politically and spiritually to this area. Its name is derived from Abellinum, a stronghold of the Hirpini (an ancient Italic people) and later a Roman colony, the site of which lies just to the east of the modern city. The city became part of the Italian kingdom in 1860.

Do not let the rural dimension of Avellino fool you. Avellino is largely modern, for it has suffered from numerous earthquakes in its history, the most recent in 1980 and 1981. Unfortunately, these earthquakes were not the only destructive forces on the city. This was a heavily bombed area during World War II. As the allies made their way northward from Sicily and Southern Italy Avellino became a noted target. Many families in the area retreated to the countryside from the city to escape the allied bombers. In addition, the Germans, on their retreat, killed much of the livestock and destroyed houses. The war left many places in Europe in ruins and Avellino was not spared. As the Allies moved through the area, the city started its slow climb to modernization. It also became the headquarters for the Canadian troops in Italy. From here are many notable stories of the courtship of many soldiers and locals. Therein lays the family history of many in the USA and Canada.

Notable landmarks are the 12th-century cathedral, which was rebuilt in 1868; the provincial archaeological museum; and the ruins of the Lombard castle. On the nearby Monte Vergine is the famous Benedictine monastery and sanctuary of Montevergine, founded in 1118 and visited by approximately 300,000 thousand of pilgrims annually.

The Sanctuary of Saint Mary of Montevergine was founded by Saint William of Vercelli. William formed a community of monks who built a church dedicated to the Virgin Mary and consecrated on the day of Pentecost in 1124. Since that time the original church underwent several transformations before it took on its present form. Now it includes two churches known as the new and old basilicas, the monastery, the guest rooms, the bell tower, and the crypt. By the 1950’s the Sanctuary became a destination for many spiritual pilgrims coming from many parts of the region. It became clear that the Sanctuary needed to grow to meet the needs of many. One of its striking pieces on the outer part of the structure is its 47 meter high bell tower.

Just a little ways down the road from Avellino is another spiritual gathering place for many, the Sanctuary of Saint Philomena. It is a quiet place away from the beaten paths of tourists to this area, but still a destination for many devotees of this Saint.

If you find yourself wanting a little sport in your stay in Avellino, look no farther than the Avellino Calcio 12 S.S.D., the Italian football club. Currently in the Serie B, the team originated in 1912. The club experienced some financial difficulties at the end of the 2008-09 season but was refounded to start again. There is also a basketball presence in town, S. S. Felice Scandone, who have also been known by various other names like De Vizia Avellino and Air Avellino, due to sponsorship deals.

With its agricultural importance Avellino and the surrounding areas are home to many agriturismo accommodations. Agriturismo, a combination of the terms “agriculture” and “tourism” in Italian is a style of vacationing in farmhouse resorts. These provide a different kind of experience for the Italian traveler. It is a vacation that the whole family can enjoy and in some instances can actually allow the guests to have a hand in the activities surrounding the farm. These farm house resorts can be rustic in nature or luxurious, family oriented or a romantic getaway. They usually serve food to guests prepared from raw materials produced on the farm.

It is a great way to experience this part of Italy, especially Avellino. With its picturesque views of the valley and the mountains there are magnificent agriturismo spots within the area.

Whatever your pleasure is when coming to Italy, a stop in Avellino is sure to satisfy the discerning traveler.

We just visited Lacedonia in Avellino last week.my grandmother is from there

I am traveling to Avellino this June has my grandfather is from this region. Thank you for your post.