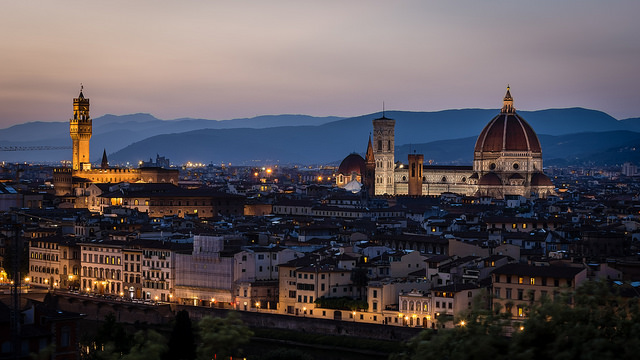 Florence and its museums

Florence: the cradle of Italian culture and language, the capital of the very essence of western civilisation. Who doesn’t know it? Just walking through its streets and alleys equals to visiting a beautiful open air museum, but hey… There are plenty of indoor ones in Florence, too, of course. If you’re planning to visit Tuscany soon, or are there right now, make sure you visit them and take in the amazing art they hold. Cherish every second and embrace the beauty of what history and culture give us.

The Galleria degli Uffizi is one of the most important museums in Italy and in the world. In 2015 almost 2 million people visited its rooms, making of the Uffizi the third most visited location in Italy, after the Colosseum-Roman Forum-Palatine area in Rome, and the archaeological area of Pompeii.

The history itself of the museum makes it… a museum piece. In 1560, Cosimo I de Medici decided to gather under the same roof all the most relevant bureaucratical offices of Florence (hence the name “uffizi”). The aim was to add another building to the de Medici family’s headquarters, represented by Palazzo della Signoria, located just beside. Giorgio Vasari, painter, art historian and architect, realised the building that today hosts the Galleria degli Uffizi.

The Uffizi are home to art of all eras, from Classical times, to the Middle Ages, from the early Renaissance to dedicated areas to the works of Leonardo and Michelangelo. Among the artists whose work is hosted here are Raffaello, Cimabue, Tiziano, Botticelli, Tintoretto.

Before being a museum, San Marco in Florence is a religious complex formed by a church and an adiacent convent, today home to an amazing museum. In the past, the San Marco complex had been home to great names of Italian art and culture: both painter Fra Angelico and preacher Girolamo Savonarola lived here. Fra Angelico decorated large sections of the convent, which makes of the very walls hosting the museum a work of art in their own right. Also of cultural relevance is the ancient manuscripts library, ideated by architect and sculptor Michelozzo, a contemporary of Fra Angelico.

Among the famous works in the museum Ghirlandaio’s Last Supper and paintings by Alesso Baldovinetti, Giovanni Antonio Sogliani and Fra Bartolomeo.

Worth a visit is also the convent’s church, home to frescoes by Fra Bartolomeo and Giambologna.

The building of Il Bargello museum is one of the oldest in the city: its construction began in 1255. The name of the museum, “bargello,” comes from the florentine word used in the Middle Ages to indicate the magistrate in charge of keeping the order in town and making sure everyone respected the law. Il Bargello is known for its incredible collection of sculptures by Brunelleschi, Michelangelo, Donatello and Cellini. Of interest is also its vast collection of jewelry, tapestries and antique weapons.

The Galleria dell’Ospedale degli Innocenti was severely damaged in the 1966 Florence flood. Restoration works aimed at maintaining the structure of the building as close as possible to its authentic 15th century roots, as ideated by Filippo Brunelleschi, its architect. Originally a hospital where children were not only cured, but also rised and taught a profession by their carers, it later became home to several works of art, kept today in the loggia above the cloister.

If you’re planning a trip to Florence, make sure you take time to visit these museums. At the same time, don’t forget to check out the many other art filled locations, museums and galleries all over the city: there’s no corner in Florence, really, which isn’t worth visiting.