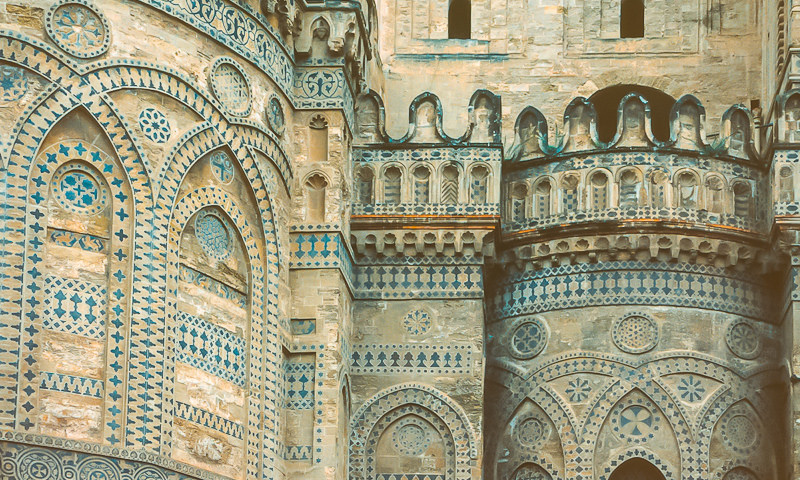 Palermo is the capital of Sicily in Italy and one of the biggest cities in the country. Palermo is unique in its own right; its raw pulsating energy cannot be matched by many cities in Italy. Being in Palermo would feel to most like being in a treasure hunt since most of the city’s jewels lay hidden, and that’s what makes it so precious since not many tourists know about some of the best places in the city. Palermo has had an evocative history, part of which can still be seen and felt here in the people as well as in the places. Located on the Gulf of Palermo (north-west coast of Sicily), in the Conca d’Oro, Palermo is well known for its fertile lands planted with citrus groves.

History and Culture in Palermo

Palermo exchanged hands many times before becoming a part of Italy in 1860. This fertile land was greatly desired by many different people.

Around the 7th or 8th century BC, the city was founded by the Phoenicians and named Ziz, which means “flower”. The city belonged to Carthage until 254 BC, when it came under the domination of Rome. It later became one the most important centres on the island. It was then ruled by the Goths after the Roman Empire fell, and then possessed by Byzantine in 552 AD. In 831 AD, the Arabs captured Palermo, and it became the capital of the independent emirate of Sicily, also becoming quite prosperous.

In 1072 AD, Palermo was brought under the rule of the Normans by Ruggero d’Altavilla, and became the capital of that kingdom. However, the Angevins later chose Naples to be the capital city, and Palermo declined. In 1860, Palermo became a part of Italy, as it remains today.

You’ll find many historical sites and places to see in Palermo. With fine monuments, works of art, churches and buildings, tourism in Palermo is far from boring!

Some fabulous sites to see include the cathedral from the 12th century, the Martorana church, which dates back to Norman times and has beautiful Byzantine-style mosaics, and the Palazzo dei Normanni, which has Arab origins. Other interesting constructions are the 12th century Zisa and Cuba, both constructions of Arab style, the medieval Palazzo Chiaramonte, 14th century Palazzo Abatellis and the Parco della Favorita.

The Catacombs of the Capuchin are located near Piazza Cappuccini and have more than 800 different mummified people who were previously residents of Palermo and the neighboring villages and towns. Some of the mummies are quite well preserved, and except for a few people who might find it a little morbid, most find it a very interesting place.

The ancient palace built by the Normans in Palermo during their rule is a must visit. The sheer size of the palace is breathtaking and the architecture and design is simply beautiful. One of the best things to see inside the palace is the Royal apartments and the mosaics in the Cappella Palatina.

This charming chapel is located on Piazza Independenza. The chapel has several beautiful mosaics that are worth appreciating; the chapel remains mostly peaceful and is not very crowded.

The Gesu church’s construction was completed in 1633 and it is known to be the most architecturally important church in the city today. The church has marbles used both on the floors as well as on the walls, which is believed to have started the famous Baroque style of architecture in Sicily for which it gained international importance.

The cathedral has been standing tall in Palermo for centuries and its fame comes from the fact that Frederick II, Barbarossa’s son who died in 1250, has been buried at the cathedral and his sarcophagus has been dyed in the imperial purple color.

Monreale is a small village located 8 km from the city. The little village is located on top of a hill and provides excellent views of the city beneath as well as the ocean. The charming little settlement is the perfect place to experience the real Sicilian culture. The cathedral located here is one of the best places to visit, its extensive mosaics and beautiful interiors are quite breathtaking.

San Giovanni Degli Eremiti is the ruins of an old church at a very peaceful location. The ruins are surrounded by a beautiful garden and although there is an entrance fee for the attraction, it’s well worth it since it isn’t much crowded and visitors can spend hours peacefully exploring the location and relaxing in the gardens.

Industry in Palermo has grown over the years, however, the unemployment level is still high. Factories are normally small to medium sized, unable to keep up with the vast workforce available. Currently, the most vital and fruitful labors include housing construction due to an increase in urban expansion, engineering, food manufacturing, textiles and shipbuilding. Employment is also provided to fair numbers in agriculture due to the prosperous citrus groves horticulture in Conca d’Oro.

Some popular events include Fiera Internazionale del Mediterraneo in late Spring, Festino di S. Rosalia in July and Festa dei Morti in November. Theatre, opera, symphonies, discos and cafes are among the typical entertainment in Palermo. From ancient puppet shows to street theatre performances such as the “vastasata”, Palermo has a little something for everyone.

Being the capital of Sicily, Palermo has one of the biggest airports in the country. The Palermo International Airport has flights connecting to most places in the country as well as in Europe, which makes it very easy to reach the city. Regular trains also run to and fro between Palermo and other cities in Sicily as well as to Rome and Naples. Bus services are also quite comfortable and regular. Ferries are available to Palermo from cities like Genoa, Naples, Malta and other neighboring ports, ferries are usually quite inexpensive and run at regular intervals each day.

One of the best ways to move around in Palermo is by public bus. The public buses are regular, inexpensive and cover almost the entire city. Tickets can be bought from one of the many ticket offices throughout the city. The best thing to do would be to buy a 24 hour pass which allows visitors to travel to any location through the day. Moving around the city on foot is also quite pleasant and easy since most of the attractions are located in and around the center of the city. Taxis are also available for those who do not prefer buses.

Palermo is a fairly large city so there are plenty of options in terms of hotels, resorts and accommodation facilities. Visitors can find high range as well as low budget hotels, however, during tourist seasons most hotels tend to get packed so advance reservations are recommended. If you are looking for high end hotels some of the best options are Excelsior Palace hotel, Grand Hotel et des Palmes Palermo, Hotel Residenza D’Aragona and Hotel Villa Igiea Palermo. Budget hotels are also in ample numbers as are the Bed and breakfasts. There are also quite a lot of villas and apartments for rent if you are planning to stay longer.

Eating Out in Palermo

Palermo has plenty of shopping venues where visitors can buy almost anything they wish for. There are modernistic shopping malls selling international brands as well as local colorful markets. Some of the best places to shop in the city are the street markets at Vucciria and Piazza del Carmine. These street markets sell a variety of locally made products and handicrafts at a surprisingly low cost. The old markets in the alleys of the old quarter of the city are also worth a visit; these markets have a feel of a Middle Eastern souk, left behind from its day of the Arab rule.

An interesting place to visit with its nearby beach and fabulous historical sites, Palermo has much to offer to those who plan to visit Italy.