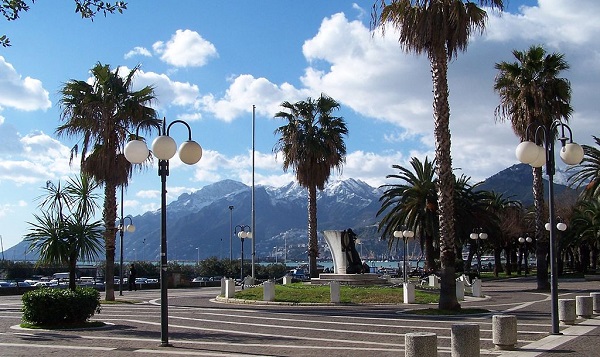 The capital of the province of Salerno, in Campania, is the small city of Salerno. Located on the Tyrrhenian Sea on the beautiful Gulf of Salerno, the city is within an easy distance of the dazzling Amalfi Coast. Famous for being the location of the world’s first medical university, Schola Medica Salernitana, Salerno was an important center for art, culture and learning dating back to the 16th century. Over the years Salerno suffered through many plagues and earthquakes, as well as foreign rule. Today Salerno is a city filled with many interesting things to see and do.

Points of Interest in Salerno

Salerno Cathedral is the main tourist attraction in the city. The cathedral’s large bell tower dominates the historical center of the city. In the cathedral’s crypt is the tomb of Saint Matthew, one of the twelve apostles.

Another church worth visiting is Chiesa della SS. Annuziata, which was built in the 14th century and is situated near the entrance to the old city in the north. The main feature of the church is the beautiful bell tower designed by Ferdinando San Felice.

There is also San Gregorio Church, a 10th century structure that today is the home to the Museum of the Medical School of Salerno, and San Giorgio Church. San Giorgio is the best example of Baroque architecture in Salerno. Inside the church you can view beautiful paintings created by Andrea Sabatini and frescoes by Angelo Solimena and Francesco in the 17th century. The church is related to the oldest monastery in the city, which was built in the 9th century. Various apse frescoes have also recently been discovered in the building.

If you like to walk and people watch head to Lungomare Trieste, the city’s promenade, which was built in 1950 and is known to be one of the best in the country. Lungomare, literally translated as “along the sea,” extends for five miles and is lined with palm trees. It is often compared to the beautiful promenades of the French Riviera.

Castello di Arechi is a large castle built on the top of a hill by Arechi II over an existing Byzantine-Roman castle. Today the castle is mainly used for meetings and exhibitions. If you visit the castle you will be able to enjoy a gorgeous view of the city and the sea beyond.

One of the most interesting places to visit in the city is the historic center of Salerno, considered to be among the best preserved in Italy. The merchant street of the city is also the main shopping center in Salerno.

The Minerva Garden, or Giardino della Minerva, is located close to the old part of the city. The first ever botanical garden in Europe can be found in this garden.

The large castle Forte La Carnale was named from an ancient battle that was fought against the Arabs. The fort is now part of a large sports complex that today is used as a local cultural center.

Salerno is situated quite close to the Amalfi Coast and is an important tourist destination in the Campania region. The city’s popularity means that it is well connected to most cities and towns in the region, as well as various destinations in nearby regions. There is no airport in Salerno proper and the closest airport is located in Naples about 50km away.

The train station in the city ensures easy travel between Salerno and other cities in Campania. There is also an extensive bus system that connects the city to the Amalfi Coast and to various other destinations.

Within the city visitors can walk around to explore the attractions, most of which are located close to the center of the city. There are many beautiful pedestrian streets and large piazzas in the city that can be easily explored on foot. The public buses in the city can also be used for sightseeing in the city and beyond. Those who have a car can easily drive around since traffic is not a problem and parking is available in most areas.

Stay and Accomodation in Salerno

Salerno is quite an important tourist destination in the region because of its close proximity to the Amalfi Coast. Every year thousands of tourists visit the city so there are many good hotels and accommodation options. There are some Bed and Breakfasts in the city and one or two hostels for inexpensive accommodation options. Two of the most popular places to stay in Salerno are Hotel Terme Capasso and Ostello Ave Gratia Plena.

Eating Out in Salerno

In Salerno there are many good restaurants and pizzerias that serve a variety of local dishes as well as specialties of other Italian regions. Most good restaurants are located in the center of the town. The oldest restaurant in the city is II Vicolo delle Neve in the historic center. The restaurant is famous for pasta e fagioli though they also serve delicious pizzas. Another great pizzeria is Donna Margherita and for vegetarians the best option is II Brigante, which serves many vegetable based dishes at low prices.

The main shopping center in Salerno is the old merchant street in the historic center of the town. This street has been an important trading location for centuries. Here visitors can find many good shops and stores selling all kinds of clothing, accessories, bags and footwear items. There are also a few good stores that sell ceramic items, handicrafts, good fabrics, lace and glass lamps. The food shops in the city sell a wide variety of spice mixes, herbs, cheeses and olive oil.