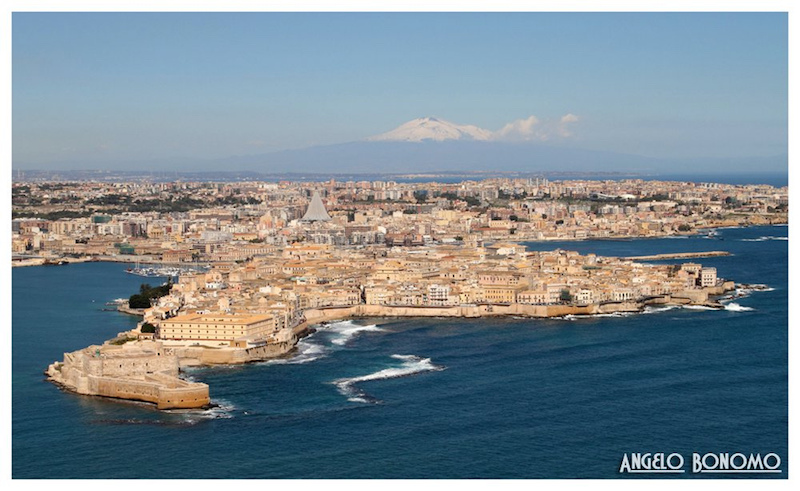 Even though Siracusa, or as it is popularly known, Syracuse, is not as big as some of the other cities in Sicily, it remains the most visited location in the island. The reason for its popularity is that it is a dense mixture of civilizations and cultures. It was once known to be the most beautiful city of the ancient world, standing parallel to Athens in terms of beauty and prestige. Passed on from the hands of different rulers, Siracusa has managed to retain a little bit of every civilization. Today it is a highly visited location that manages to attract thousands of visitors every year due to its excellent views, its culture and its quiet charm.

The Old town is the oldest part of Siracusa and the most charming, too. The old town is located on the Ortigia Island and has many legendary stories attached to it. Several writers and poets are said to have come to this location to get inspiration for their works. Ortigia, nucleus of the city’s foundation, together with the Necropolis of Pantalica, is now a Unesco World Heritage Site.

The Basilica of Santa Lucia is a Byzantine church located in Piazza Duomo. The basilica is built in the same location where the saint had become a martyr in 303 AD. The appearance of the basilica today mirrors the architecture of the 15th and 16th centuries, but the portal, apses and some other details in the basilica are much older than that.

The Greek theater, or Teatro Greco,  dates back to 470 BC but much reconstruction and modification has been made to the original theater since then. Today, the theater is used for enactments of Greek plays and re-enactments.

Latomia Del Paradiso are old stone quarries that had been used since the 6th century BC. These are known to be excellent quarries and there are two underground galleries at the location. The two galleries are known as “The ears of Dionysios” and “the cave of ropes”: the first gallery has fantastic acoustics and the second gallery is where the rope makers used to practice their trades.

The Museo Archeologico Regionale Paolo Orsi is the second most important and largest archeological museum in Sicily. The museum has an extensive collection of findings from various civilizations that were found in the location.

Fonte Arethusa is a small pond that is created by a freshwater spring near the sea. Legends believe that the nereid Arethusa fled from the river god Alpheus and fell into the sea, and later resurfaced in the old town of Siracusa, in the island of Ortigia, in the form of spring water.

Neapolis is the area where the ruins of the ancient city are located. There is an entrance fee for the Neapolis and the Roman amphitheater; Greek theater, quarries and caves are all located here. Visitors can easily spend an entire day exploring the location on foot.

Piazza Del Duomo is the main Piazza in Siracusa. This picturesque location is surrounded by ancient historical buildings with marvelous architecture and charming streets.

The closest airport to Siracusa is in Catania, from where visitors can get a bus service to the city. There are also plenty of trains available to Siracusa from locations like Rome, Naples, Catania, Messina, Ragusa and Gela. Trains are quite reliable and punctual and the main train station is located quite close to the center of the old town. There are also frequent bus services that run from locations like Messina, Ragusa, Gela and other cities in the region at regular intervals.

Moving around the city is quite easy and comfortable. Most places in the city can be visited on foot, since the major attractions are all located close to the center of the town. Visitors can also choose to travel by the public buses that cover almost all areas of the city. There are plenty of bus stops and offices from where tickets as well as information on bus routes are available. Another option would be to rent out bicycles or scooters; these can be a fun way to explore the city without having to wait for the buses.

Siracusa is one of the most visited locations in Italy so it doesn’t come as a surprise that it also has some of the best known hotels in the country. There are plenty of options in terms of accommodation for all budgets.  There are also plenty of apartments and villas to be rented. Some of the most luxurious hotels in the city are Des Étrangers et Miramare and Grand Hotel Minareto Deluxe. For lower budget hotels the best options are NH Venus sea garden resort, Hotel Posta, ArteMare Siracusa among many others.

Eating Out in Siracusa

Siracusa has plenty of restaurants, pizzerias, fast food joints, cafés and bars. While in Siracusa, the best thing to do would be to try traditional Sicilian and Italian dishes and fresh sea food: some of the best places to try while in the city are Don Camillo, Archimede, II Cenacolo, L’Ancora and La Siciliana. Most restaurants here use simple but fresh local ingredients and sea food. Some of the smaller restaurants in the old city are in fact the best places to sample the simplest traditional dishes from the region in a homely and comfortable environment.

Siracusa is an enjoyable place to shop simply because of the options available. In the bigger markets one can find everything from clothes to shoes and bags. The best place to visit for shopping would be the outdoor market in Ortigia, the market here sells freshest fruits, vegetables and sea food and you can even find some other interesting stuff and trinkets. While in Siracusa the best things to buy would be papyrus papers and local pottery. These two are the best-known products of the city. If you would like to bring home a tasty memory from the trip, you could get a jar of Siracusa’s famous fish preserve.