Vinci is the birthplace of Leonardo, sure. But it’s also much more! First of all, it’s a small town in the regiTuscany, in the province of Firenze.

The town is famous mainly because the legendary Leonardo Da Vinci was born just outside of the town. Vinci is surrounded by the Tuscan hills and there are various vineyards and olive groves around the town which have remained the same since ancient times.

The town is spread over an area of 54 sq km and the population is close to 14,000. The economy of Vinci is based on agriculture, production of wine and olive oil, pottery and items like paper, clothes and furniture. Leonardo Da Vinci was born in a small farmhouse which is located just 3 km from the center of the town. 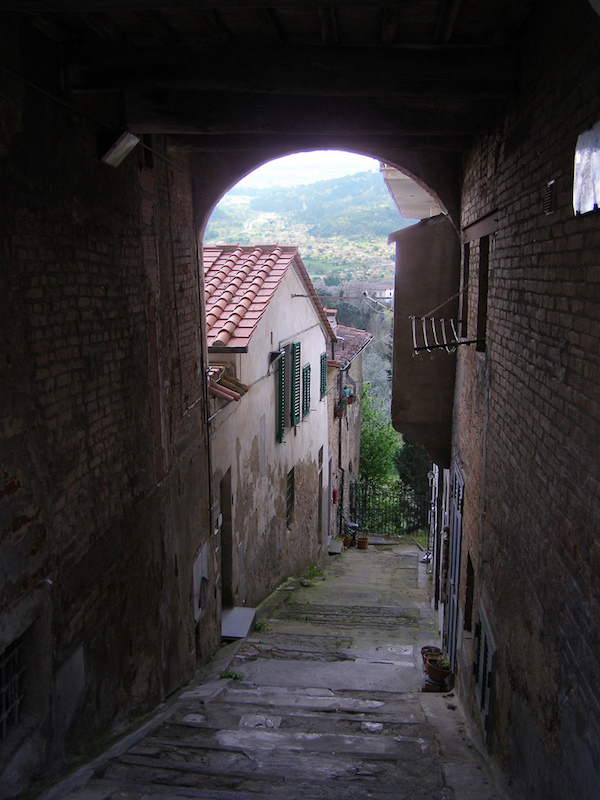 Vinci, the birthplace of Leonardo and its attractions

The main attractions in Vinci are all related to Leonardo Da Vinci. Casa Di Leonardo is where the famous artist was born and is a small farmhouse located 3 km from the town. The house has been restored and kept just as it was in his times. There are various reproductions of some of his work and all the major original art works have already been shifted to museums.

The Leonardo Museum is housed inside the Guidi castle which was originally built in the 12th century and is located on a high hilltop dominating the city. Along the centuries the castle has been restored several times. The museum takes up three floors of the castle and showcases a collection of his original designs which were found in Leonardo’s notebook. The ground floor of the museum has forty different models of various machines that were designed by the artists. The first floor showcases several machines and equipments which were designed and completed by him and are in full working condition. The second floor of the museum showcases some videos and audios that represent the character of Leonardo.

The ideal museum of Leonardo Da Vinci is located in the castle of Vinci in the wine vaults. The museum showcases the fusion of his personality as showcased by his art works. The museum tries to retrace all the major events in the life of the artist which made him an all round artist and popular throughout the world.

Apart from the three attractions related to Leonardo Da Vinci, Vinci also has a few other places to visit like the church of the Holy Cross. The church is quite small in size but has a beautiful architecture and is thought to have been built in Vinci in the middle ages. The church has been beautifully decorated inside with an elegant altar and some art works of local artists. Most locals visit the church on weekends but it remains relatively deserted on weekdays so tourists who prefer to admire the architecture of the church can visit it on any day of the week. 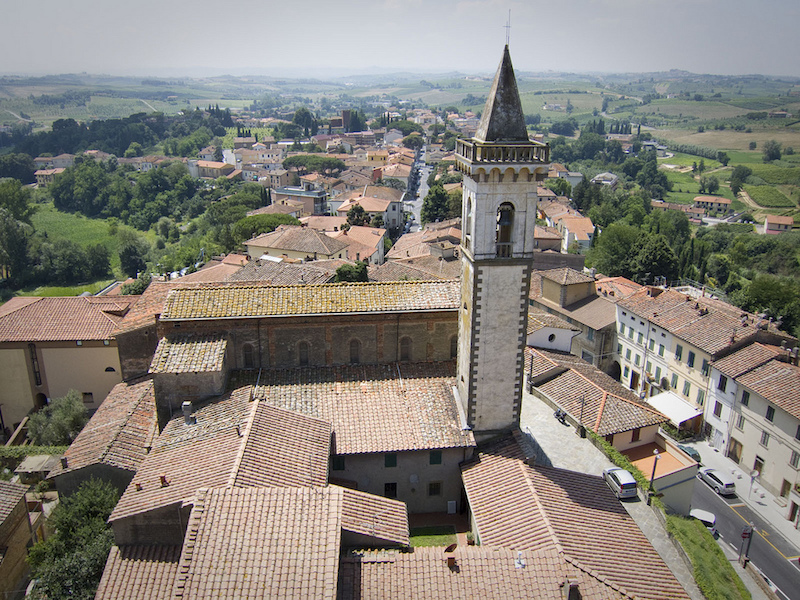 Getting to Vinci, the birthplace of Leonardo

Vinci is located quite close to Firenze so reaching the town is easy. Tourists can reach Firenze from almost all major cities in Tuscany and can then take a bus to Vinci. Tickets are usually easily available and can be bought at the bus station itself. There are also many buses that reach Vinci from the other smaller towns in the province of Firenze. Buses for Vinci depart every hour from Firenze. Those who have their own cars can just as easily drive down to the town.

Vinci is a very small town so moving around is fairly easy. There are only a few places to visit in Vinci which can all be covered on foot. The historic center of the town is very compact and is not suitable for driving around in a car because of its many winding narrow streets and lanes. For visiting the other parts of the town, visitors can use the local public buses which are used by the locals in Vinci. Tickets, bus routes information and schedules are available at the bus station as well as all tobacco shops. Many tourists also rent scooters during their stay in town.

Stay and Accommodation in Vinci, the  birthplace of Leonardo

Vinci is quite a small town but there are a few good hotels in town, mostly since Vinci attracts quite a lot of tourists that come here to learn more about Leonardo Da Vinci. There are some good hotels and some Bed & Breakfasts that are housed in some old mansions and farm houses in Vinci. Some of the good hotels to try in Vinci are hotel Monna Lisa, Albergo Alexandra and La Gioconda di Banci e Gori. There are also a few farm houses and country homes located on the outskirts of the town that are offered on rent and are promoted by agritourism. 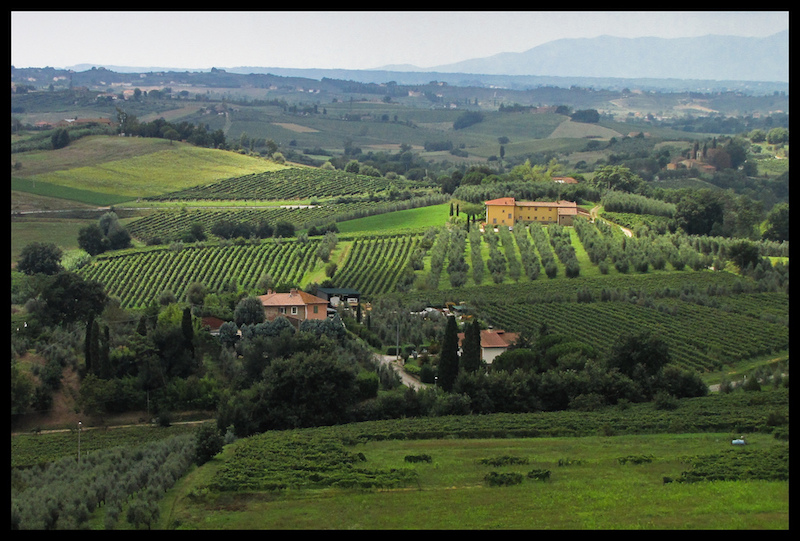 There are a handful of good restaurants, bars, trattorias and pizzerias in Vinci where tourists can get an opportunity to interact with the locals and sample some local dishes. The restaurants here mainly serve simple Tuscan and Italian food which is heavily based on sea food, pasta, local cheese and fresh produce. Some of the best known restaurants in town are Ristorante La Torretta, Ristorante Leonardo, Pizzeria La Mona Lisa Di Cerbioni and Ristorante La Limoaia. There are also a few good bars and taverns in Vinci where the locals hang out after work.

There are a few places in Vinci where tourists can shop. Close to the center of the town there are several shops that sell locally made handicrafts and products like clothes, pottery, terracotta products and cooking vessels, jewelry, furniture and wooden items and souvenirs. Vinci is also known for its vineyards and its olive grooves that produce some of the best quality olives, olive oils and wine. The best thing to purchase in Vinci would be bottles of good quality extra virgin olive oil, tinned olives and local wines that are made from the grapes from the surrounding vineyards.