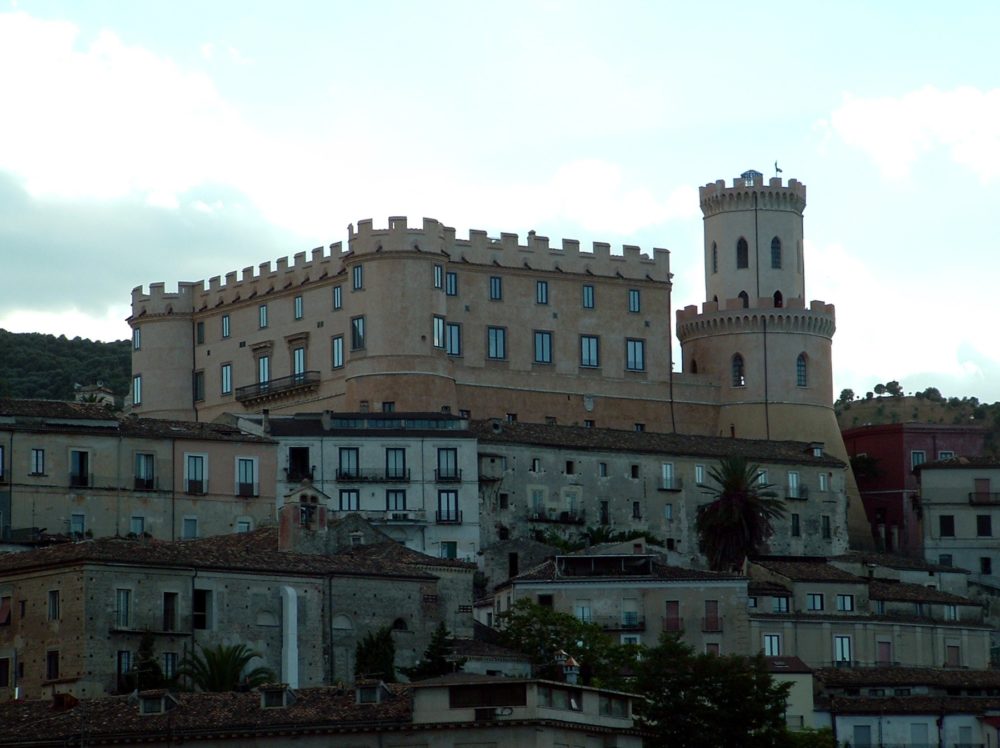 Castles in Calabria were mainly built to protect lands and people from sea attacks coming from the region’s vast coast line. It was the Normans who first started to build fortresses and castles here, but there are also sites with different origins. Here is a selection of the most amazing among them:

This castle, situated in the province of Cosenza, was built by the Norman king Robert Guiscard in the second half of the 11th century to control the area. The fortress was initially used for military purposes, then changed into a manor for noble families. The Saluzzo family decided to change and improve the aspect of the castle, and in the 17th century the chapel of Saint Augustin and the octagonal tower were built.

The lower part of  the castle represents its main nucleus: of it, we can still visit the ancient baths used to collect water, its big kitchen, part of its prisons, and the crenels used for defense from external attacks.

This is perhaps the best-kept and most beautiful castle in the region. The central part of the castle was built by the Normans, to fulfil the desire of king Robert the Guiscard. However, archaeological excavations have shown the presence of previous structures on the site, dating back to  the times of Magna Grecia. The castle is situated on a surface of 10.000 square meters and its rooms are so beautiful that they are used for special dinners or weddings: they are decorated with stuccoes and Baroque frescoes.
Today the castle hosts also a museum, and is often see of concerts and art exhibitions.

The historic center of Cosenza is dominated by its Swabian Castle (Castello Svevo in Italian). The castle was built on an artificial hill created with the soil obtained from the excavation of its moat. This is, very likely, the greatest witness to Swabian architecture in the region: after its first creation, it was rebuilt in the 12th century by Roger the Norman. A century later it was modified by Frederick II of Swabia, who added its two octagonal towers. In the 15th century, the castle was used as a royal residence by the Anjou family.

In the 16th century, the Spanish used the castle as a military fortress and the structure was equipped for this purpose. Today, this fascinating building stands to remind us of its history and beauty, well-kept and in relatively good shape in spite of the severe earthquakes that hit the area in the 17th and 18th century.

The castle of Belvedere Marittimo was built in the second half of 11th century after the requirements of Roger the Norman. After some time, it steadily became home to noble families. Several important names make up the list of its residents: Charles I of Anjou, Roger of Sangineto and the Sanseverino family, were among them. When the reign of  Naples was conquered  by the Aragons, Ferdinand of Aragon made some additional changes to the building,  and added a lift bridge and two cylindrical towers. The castle also has typically Aragonese walls built for defense. Today, the Castello di Belvedere is considered  a national monument.

A beautiful time lapse of the Castello di Belvedere Marittima

The castle tells a lot about the Aragonese period in Calabria, but became famous for other reasons: built by Ferdinand of Aragon,  who went to Calabria to sedate local revolts against the Spanish dominion in the area, the castle was finished in 1492 and  became extremely famous in Napoleonic times, as the place where Joachim Murat, brother-in-law of Napoleon Bonaparte, was imprisoned and executed.

Its popularity, nowadays, is well represented by the large amount of visitors coming each year to Pizzo Calabro to see this magnificent building with their own eyes. So incredibly beautiful is it, that it may well have inspired some of the best known period adventures we know: Alexandre Dumas, his presence remembered by a stone by the castle’s entrance, loved this place very much.

The castle is made up of two conic towers, its entrance protected  by a large lift bridge. One side of the castle was naturally protected by the fact it faced the sea. Its prisons, as a matter of fact, offered just that view.

It may not be an entire castle, but the Torre Merlata di Melissa (a crenellated tower), in the province of Crotone, is just as breathtaking. Located on a cliff facing the Ionian sea, this tower, unlike other Spanish towers built during 16th century,  was not used as a mere sighting spot,  but also as defense building. It is, in fact, a relatively large site, especially inside, and it is more of a small castle than a simple tower. It was built by the Spanish viceroy to protect the calabrian coastline from Turkish pirate attacks.
The tower develops over three levels: a first, ground level, with a courtyard where warehouses were built. A second floor, mostly consisting of living quarters, and a third and final level, characterized by the presence of its crenellated crown.
Throughout the centuries, the Torre Merlata di Melissa belonged to several aristocratic families. Thankfully today, it is property of the town of Melissa, which valorizes it by hosting several conferences and art exhibitions there. A true jewel to be enjoyed by all.