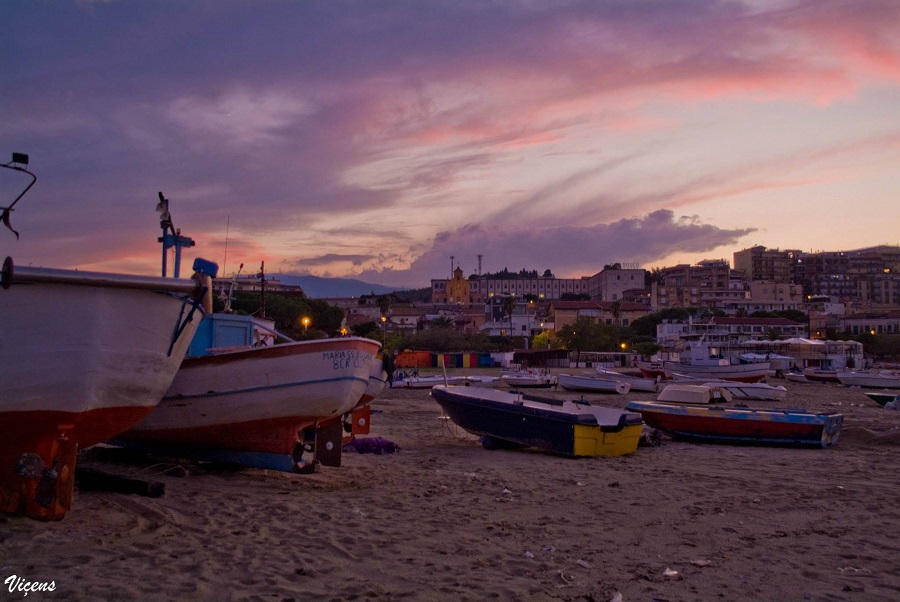 Soverato is a small comune and town located in the Calabria region of Italy in the province of Catanzaro. The town is spread over a small area of 7.7 sq km and has a population of close to 9800. The town is located on the Ionian Sea and is surrounded by several beautiful villages and white sand beaches along the coast.

The economy of the town is based on tourism from the other parts of Italy and mostly from the northern parts of the country. Soverato is mostly known for its night fair which takes place during the summer months.

The botanical garden of Soverato is one of the most visited locations in the town. Nature lovers can find an amazing variety of plant and flower species in the garden. There is an ecological path inside the garden where visitors can enjoy the vivid colors and the local flora and fauna species. The garden is located on top of a hill overlooking the gulf and provides beautiful views of the surrounding landscapes. The garden is spread over an area of more than 56 sq meters and has several endangered plants species.

The Pietà A Gagini is a 16th century marvel which is a must visit in Soverato. The Pietà is an excellent example of Renaissance art. The sculpture in white marble of the Virgin with the dead Jesus in her lap was made in 1521 by an artist from Sicily. There are several other marble sculptures inside the building placed on the right aisle of the church.

The Duomo of Soverato was rebuilt in the 18th century after a major earthquake. There is a large square bell tower that rises on three levels. The interior of the cathedral has been beautifully decorated with various paintings and stuccos. The altar is done in marble on which there is a beautiful statue of Our Lady of Sorrows. There are also a few 16th and 17th century sculptures located inside the cathedral. There is a baroque style wooden crucifix from the 16th century and a relief from 18th century which are noteworthy.

Church of the Immaculate

The Church of the Immaculate is surprisingly modern. The architecture is hexagon based and has a large stained glass decoration. The rectangular portico is placed at the entrance of the church. Inside the church are various beautiful frescoes. The main altar is adorned with mosaic tiles depicting the Immaculate and has a beautiful Don Bosco statue.

The Church of Sant Antonio was built in 1908 and has a neo gothic style of architecture. The main building has a large bell tower that dominates the skyline. The façade has been decorated with rose windows and two single lancet windows with rosettes. The portal is pointed and is enclosed in a beautifully decorated pediment. On the pediment is a marble statue of San Antonio. Inside the church are several beautiful paintings and some frescoes which have been made by local painters.

The “Processione della Madonna a Mare”, Madonna to Sea, takes place in Soverato every Second Sunday of August

Soverato is located close to the city of Catanzaro so reaching the town is not a problem. The closest airport is Lamezia Terme which is located 35 minutes from the center of the town. Visitors coming from other parts of Italy or from other countries can easily fly down to the airport and from there reach Soverato by bus or taxi. The state buses operating in the region also connect it to several destinations in the region. Those who have their own cars can easily drive down to the town. The local train gets to Soverato from Lamezia Terme via Catanzaro Lido.

There are not many places to visit in Soverato. Also, the town is extremely small with an area of just 7 sq km so it can be easily explored on foot. The main attractions in Soverato are the white sand beaches located close to the town. Visitors can also use the local public buses to reach the neighboring villages and the beaches located just a little farther. Those who have their own cars can also use them to explore the outskirts but within the town cars are not needed.

There are several good hotels in Soverato since the town attracts quite a lot of tourists because of its lovely white sand beaches. There are also a few good sea side resorts as well as some inexpensive bed & breakfasts to choose from. Some of the best known hotels in Soverato are Hotel Il Nocchiero Di Rotiroti, Hotel Villa Ersilia Soverato, Hotel Elisabeth Albergo, Hotel Del Golfo and Albergo Vicenzo. Visitors can also rent villas and country homes for a few weeks if they prefer to stay in town longer.

There are plenty of places in Soverato for visitors to shop. The older section of the town is lined with many small shops that sell locally made handicrafts, pottery, terra cotta decorative pieces and various wooden art works. There are also many souvenir shops located close to the beaches which sell gift items. Visitors can also purchase varieties of local cheeses and extra virgin olive oil from the food shops in Soverato. The wine shops in town have a good collection of local regional wines.