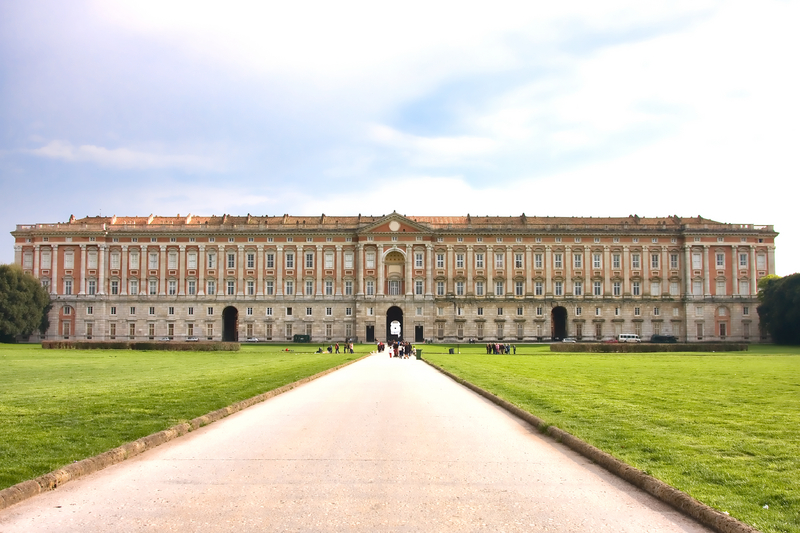 A Tale of Two Cities in Campania

Finding spots to visit and explore in Italy is not that difficult. What makes travelling here so simple is not only the fact there is so much to see, but also that you’re literally only a train ride or a drive away from anywhere. With rail and state highways throughout the country, a trip to your destination of choice, for the most part, becomes fairly effortless.

One favorite pastime of travellers is to make the most of the time they spend in a particular area. If you are travelling in the South of Italy, Caserta may be the perfect holiday hub for such type experience.

Caserta is located only about 15 miles from Naples, and about 30 miles from Sorrento, Positano and Amalfi. It is located in the Campania region of the country and is the head of the province of Caserta. It is an important agricultural, commercial and industrial municipality and city. It sits at the base of the Subapennine mountain range that stretches into Campania.

To say it with Dickens, Caserta really mirrors the story of two cities: Caserta Vecchia (Old Caserta) and the city of Caserta itself. Caserta Vecchia sits atop Mount Virgo and is about five miles from present day Caserta. The site of Caserta Vecchia lasted just about until the mid 1700’s. It was at that time that Charles III commissioned an Italian architect to build a castle at the foot of Mount Virgo. He wanted this Royal Palace to rival that of Versailles in France. Luigi Vanvitelli was the architect he chose for the job. As many Italian stories go, the irony surrounding the building of the Palace was that neither Vanvitelli nor Charles were around to see its completion. After the architect died, his son completed the work. Charles III never lived here as he was crowned King of Spain before the doors of the Palace officially opened.

As time went on, the Palace became a magnet for the people of this area: soon, settlement around it grew, and slowly turned into a town. That town is modern day Caserta: hence the presence of “two Casertas,” Caserta and Caserta Vecchia.

Remains of the old city still sit on top of the hill. Among them, an ancient cilindrycal tower that once belonged to the town castle. The Cattedrale di San Michele Arcangelo attracts most visitors to this site.

If you walk the narrow roads that lead you from Old Caserta into the valley,  you will encounter one of the most impressive architectural pieces of the country,  the Palazzo Reale, or Royal Palace. The palace houses 1200 furnished rooms, two dozen state apartments, and a royal theatre. Many of the rooms are decorated with Pompeian artworks and statues: Charles III was, in fact, the first to endorse excavations in the Pompeii area.

Called the “Verailles of Naples”, the palace sits surrounded by an impeccably maintained park, with lavish gardens and fully equipped, of course, with waterfalls and fountains. The water structures were built with the creation of a 30 mile long aqueduct. The park itself is about two miles long, complete with a beautiful English garden. Magical is also the natural landscape: from here, you can see the Vesuvius.

Want to be part of the movies? Well, while here, try taking a few snapshots of yourself in the Palace. You can tell your friends that you were at the sight of the filming of a scene from Star Wars Episode I: The Phantom Menace and Star Wars II: Attack of the Clones. A scene out of Mission Impossible III was also filmed here and the steps of the palace, carved out of one huge block of stone, is where scenes form Angels and Demons was also shot.

As part of the visit to the city and the Palace, the Aqueduct of Vanvitelli is another spectacular stop. The aqueduct was built to supply the palace with water, coming from the Monte Taburno. Part of the structure is still perfectly preserved: there is a 529 meter long section still erect and in great condition. This section, which was also made a World Heritage site, is made of three rows of arches, which are 55.8 meters at their highest point.

There is much more history in and around Caserta: you could visit the San Leucio resort, once site of the Royal silk workshops. San Leucio is another spot near Caserta  included on the World Heritage List. You should also visit Piedimonte di Casolla and its Benedectine abbey, built over an ancient Roman temple dedicated to the goddess Diana.

However, don’t think Caserta simply dwells on its past: Caserta is lively and interesting, also because it’s a major Southern Italian University pole. The Second University of Naples, which was founded as recently as 1991, has a branch in Caserta as well as in other areas of the province. Caserta is also traditionally considered the first place to have opened a Medical School in Europe, in the early Middle Ages.

Interestingly, there are more Italians that visit here then visitors from across the Atlantic, which means that Caserta is still relatively unknown to many. However, it is truly worth the effort to pay Caserta a visit. The natural scenery, ancient structures and, of course, wonderful shopping and traditional regional cooking, will make memories to last a lifetime.

I would like to know more about Concerta for instance what was the basic trades there for average people. my grandfather came from caserta and he was a stone mason and he was brought here by the Ames family of New England to build their family homes he was one of many and I need to know more about his history thank you