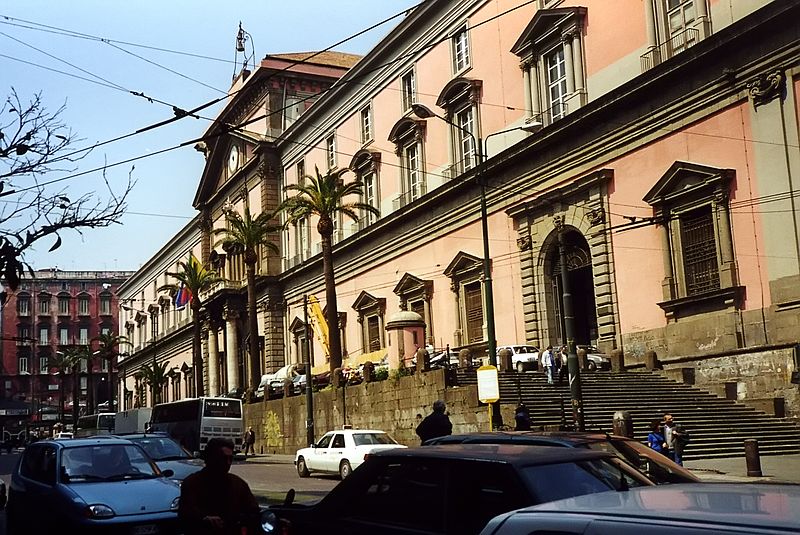 A guide to Italian museums. Explore the most famous museums in Naples, Italy.

If you like visiting museums, and art is one of your greatest passions, Italy is the right country for you. Italy offers a high number of museums to discover; they will satisfy the most demanding tourists as they deal with pieces dating from prehistory to modern days.

Those associating only famous, historic cities like Rome or Florence to art will be surprised to discover other places of Italy have quite a high number of museums worth a visit. Naples is one of these cities: it boasts ancient origins linked to the Greeks and the Romans, and for centuries its history has been tied to that of one of the most important royal families of the world, the Bourbons. Here is a list of museums in Naples,  which will certainly make all art and history lovers happy!

The Museum is famous for its exhibitions of Greek and Roman antiquities, most of which come from the excavations of Pompei and Ercolano. The museum is one of the first to be hosted in a monumental palace dating back to 1600. It is possible to admire more than 3000 articles, from prehistory to late antiquity, including the collection belonging to the Bourbons dynasty.

The Certosa di San Martino hosts the National Museum of San Martino. The Certosa is a famous monastery built-in 1368. This complex is really interesting because, apart from the museum displays, you will also have the opportunity to visit a historic monument with its gardens, cloisters, and mosaics. The museums includes also an area destined for the exhibition of famous local presepi and sculptures.

The origins of the Museum of Capodimonte are rooted in the collection of one of the most important families of the Italian Renaissance,  the Farnese family. It is characterized by a rich variety of artworks including sculpture, decorative arts, furniture, tapestries, also connected to the Bourbon and Savoy dynasties.

The museum is situated in the homonymous wood of Capodimonte, situated in the Royal Palace of Capodimonte. Therefore, there is also the opportunity to visit both the royal palace and the gardens. The museum is organized into different areas: ground floor, first floor, second floor, third floor. The paintings which can be seen were made by famous artists, but the thing that makes this museum different from others is its third floor which includes contemporary artwork; the museum of Capodimonte is, in fact, the only example in the country of a museum hosting both ancient and modern art.

The Complex of Santa Chiara is situated in the historical center of Naples and includes the Museum, the Cloister, a collection of Nativity scenes, and the archaeological area. The Museum was opened inside the monastery in 1995 and it informs tourists about the different stages of its construction.

The Museo dell’Opera di San Lorenzo Maggiore is a museum created with the collaboration of the Basilica of San Lorenzo Maggiore which gives the possibility to visit the cloister, the Capitolare, and Sisto V’s rooms, as well as some furnishings and objects belonging to the Greek and Roman period. The most fascinating part is certainly the archaeological area situated in the underground. The excavations under the Church of San Lorenzo Maggiore show the presence of an original Roman city under the historic center of the town.

The museum is situated in the historic part of the town. It was created by the architect Raimondo di Sangro and it is an expression of baroque art and creativity. The Museo Cappella San Severo is particularly renowned for the presence of three important works: the Veiled Christ, the Disillusion, and the Anatomical Machines.

The cathedral of Naples was built in the XIII century and it is considered one of the greatest symbols of Naples as it is linked to the Saint of the town: San Gennaro. The Cathedral also includes frescoed ceilings, columns believed to belong to the Temple of Apollo, and a museum of the Crypt and Treasure of San Gennaro.

These are some of the best-known museums in Naples. If you are staying for a short period in town, try some of the places suggested here, but don’t forget Naples offers much, much more.