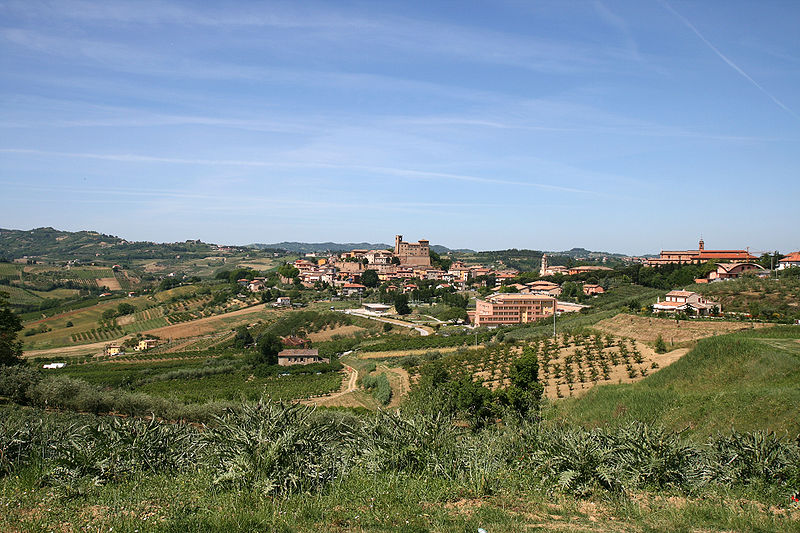 Longiano is a town and comune located in the Emilia-Romagna region of Italy in the province of Forli-Cesena. The town is located close to Forli and Bologna. Longiano is quite a small town, spread over an area of just 23 sq km with a population of close to 6000.

The town is located only a few miles away from the sea and is surrounded by olive groves, hills, vineyards, and various orchards. The medieval town has several important monuments and had won the title of “ideal village of Italy” in 1991 from the Airone Magazine of the European community.

Longiano is located quite close to the cities of Bologna and Forli so reaching the town is not very difficult. There are no train stations in the town; the nearest one is in Rubicon. The easiest way to reach Longiano is by road. The state buses operating in the region leave every few hours from Forli, Bologna, and from some of the other smaller towns in the province for Longiano. Visitors who have their own cars can easily drive down to Longiano. Visitors can take the A14 motorway from Bologna-Ancona and exit at Rimini from where Longiano is only 14 km away. The landscape is quite beautiful so driving down is very enjoyable.

The easiest way to explore Longiano is on foot, and it is also the most enjoyable. Apart from the churches and a few monuments that are located in the town, the most enjoyable thing to do is to explore some of the lesser-known streets and lanes in the town which can only be done on foot. The older section of the town has very narrow lanes so it is not possible to drive in the area. Visitors who have their own car can drive around to explore the newer sections of the town as well as the surrounding regions and vineyards.

According to scholars, the Malatesta castle was originally built in the 5th century. Ancient parchments that date back to 1059 confirm that they had been built as a castle for defense. The position of the castle became quite important in the territory. In 1198 the castle was almost completely destroyed and was rebuilt later in 1199.

Several new additions were made to the already existing structure like the new ramparts that can still be seen today. After the unification of Italy, the interior of the castle was completely restored and most of the rooms were decorated again. The ceilings of these rooms have portraits of various famous people that were important in the history of Longiano. During the Second World War, the gothic key plank was bombarded and destroyed.

The collegiate church of Saint Christopher is one of the oldest and one of the most important churches in Longiano. The church was built before 1000 AD, although the exact year of construction is not known. The church had to be rebuilt in 1712 and was consecrated again. The church has been beautifully decorated with several important artworks from various important and well-known artists of the region. There are also a few beautiful terracotta figurines placed inside the building.

Shells, capitals, scrolls, cherubs, and flowers have been used for decoration. Inside the building are a central altar and two side altars over which a precious Madonna with a child stands. There are several beautiful frescoes and paintings inside the building that date back to the 17th and 18th centuries. The Museum of Sacred Art is housed in the building and showcases a large collection of religious art which is contributed by several important artists from the region.

Longiano is quite a small town and it only attracts a few tourists each year. Most people visit Longanio as day excursions from the nearby cities of Piacenza and Bologna. However, there are a few good hotels in Longanio where visitors can find comfortable clean rooms at low prices. Due to the rise in agritourism in the region in the past few years, several country homes and villas are also provided on rent for visitors in the vineyards and the outskirts of the town. Some of the best hotels in Longiano are Hotel Borgonovo, Hotel The Hill, La Locanda Della Luna, and Holiday home Penthouse Matilda.

Longiano has a few good restaurants and pizzerias to choose from. Most restaurants in town serve local dishes that are typical to this region and Italian cuisine; however, there are only a few that also serve other European cuisines. Some of the best restaurants are located close to the center of the town and are mainly the ones where the locals prefer to eat. There are also a few taverns, cafes, bakeries, and bars in town where visitors can get good wines, light appetizers, and light lunch dishes. Some of the best restaurants in town are Ristorante Borgonovo, Ristorante The Hill, Casa Dei Grill, Casa Del Pasattore, Ristorante La Valle and Antica Fonte cinnamon.

There are a few places in Longiano where visitors can shop. The older section of the town has old markets where shops are all stacked against each other and sell items like handicrafts, antiques, clothes, and jewelry. However, the best thing to purchase in Longiano is wine. The town is surrounded by several vineyards which are known for producing good quality wines. Visitors can visit some of these vineyards for wine tasting tours and purchase a locally-made bottle of wine. Other fruit-based alcohols are also available in Longanio along with good quality local olive oil.