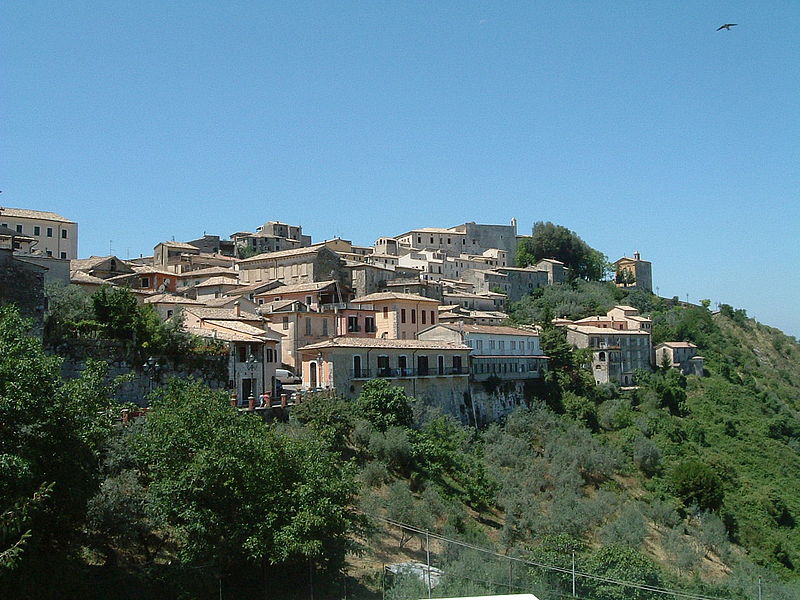 Arpino is a small commune and town located in the province of Frosinone in central Italy. The town is spread over an area of 56 sq km and has a population of approximately 7600. Aprino is located 46 km from the city of Frosinone, which is the capital of the province. Aprino is basically a hill town, located at an altitude of 450 meters above the sea level.

The history of Arpino goes back to 7th century BC according to scholars. The locals of the town were connected to the Volscian, Samnite and Pelasgi. The town was captured by the Romans around 305 BC and was turned into a suffrage later. Arpino received a status of a municipium in 90 BC. The legendary Cicero and Gaius Merius were both the natives of the town.

The Church of San Michele Arcangelo

The church of San Michele Arcangelo is one of the most important religious places in Arpino. The church is located in the main Piazza of Arpino. The church has been constructed at the site of an ancient pagan temple which was dedicated to Apollo and the nine muses. The church has been standing at this location for centuries but had to be renovated in the 17th century after it was damaged by an earthquake. The interior of the church is Baroque with three naves and different chapels. There are various beautiful paintings inside the church including a Madonna with child and a large wooden sculpture.

The church of Santa Maria Di Civita has been built on a site of an ancient pagan temple that was dedicated to Mercury Lanner. The original tower of the temple had been converted to a bell tower when the church was built. The interior is beautifully decorated with glass windows, various paintings and a carved and gilded organ.

The Church of San Andrea

Museum of Archeology of the Wool Industry

Since the Roman times, Arpino has been famous for its wool and the museum of archeology showcases the history of the evolution of the wool industry in the region. The museum has a collection of ancient equipments and machinery that were used in the past times to make woolen clothes.

Arpino is located close to Frosinone, Rome and Naples. Arpino does have a train station; all the trains running on the Rome to Naples route stop in Arpino. Visitors can easily reach the town by trains since there are plenty of trains that run on this route every day. Another great way to reach Arpino is by buses. The state buses that run in the region connect the nearby cities and towns like Frosinone, Rome, Naples and Sora to Arpino. At least 5 to 6 buses depart from all these locations every day. Another way to reach Arpino is road, for those travelling from Rome and Naples the A1 highway connects to Arpino. From the Adriatic coast the A24 motorway connects to Arpino.

The easiest way to move around in Arpino is by foot. Arpino is quite a small town and there aren’t many places to visit. Almost all the major tourist places can be visited on foot. There are also a few pedestrian only areas and streets in Arpino which are quite picturesque, so walking around town is quite enjoyable. Another option is to travel by the local buses or to move around in car. Those who have their own car can easily explore the town by car since parking is easily available in almost all areas.

Arpino is a small town, and one that does not attract many tourists. For this reason, there are only a few hotels in town. In fact, it is because of this reason that many visitors like to come to Arpino to enjoy its traditional lifestyle. There are a few small hotels, Bed & Breakfasts and also two spiritual retreats in Arpino for visitors. Most of these are located close to the main piazza around the center of the town. Some of the hotels to try while in Arpino are Hotel Cavalier D’Arpino, Hotel Il Ciclope, Belsito, La Staccionata and Belvedere.

Arpino has many good places to dine out. The region still uses age old recipes that have been handed down from generations and food here is simple but delicious. Most food items in Arpino, including bread, are made the old fashioned way which makes Arpino an enjoyable place for food lovers. All hotels in town have their own restaurants; beside these there are plenty of pizzerias and bars in Arpino where locals generally like to eat. Some of the best restaurants to try in Arpino are Belvedre, Baccolini, Bellavista and Da Peppino.

There are quite a lot of small shops in Arpino close to the main piazza where visitors can find many items to purchase. Since Roman times Arpino has been famous for its wool and its woolen clothes so the best thing to purchase from here would be a locally made cashmere sweater or other woolen clothing items. Another great thing to purchase in Arpino would be locally made olive oil since the olive grooves around the town are known to produce excellent quality olives. Most food shops in town store local brands of olive oil.

Greetings .
I gather there is no Train station . How do I get from Rome ( airport to Arpio ) All days OK . IF there are no direct buses from Rome where do I change buses ? How often do buses go from Rome to ? From ” to the connecting place ( name ) how often to Arpino . Thanks
Joel Montague

I have recently been researching my family name ‘REA’ and have traced this back to Arpino…I am at the grand age of 75 and never knew my Grandfather Domenico Rea whom emigrated to the uk before the 1st world war…. like many people of ‘Italian’ origin he was an Ice Cream maker and made his life in Hastings, East Sussex England. He had several sons and was a hard man to live with.. My Father whom was named after him Dominic Rea…carried on the tradition of Ice cream making in Hastings up to around 1952/53 and then having educated himself in radio, television and electricity stopped making ice cream and opened a shop in our home as Rea’s Radio and Television in Saint Georges Road Hastings. The years have flown by and sadly non of the Rea family now reside in Hastings..myself included…I would be interested to hear from any one whom has similar connections with the family name or its origins in Arpino.

I’m an American considering moving to Arpino. I wish to live a simple way of life as I continue to work on my leather goods business that uses leather from Naples. I’ve researched, however have not visited the area. I’m not in a position to purchase but have a passion for restoring old properties and would love to find a place to rent to own. If anyone knows of such a property I would appreciate any information. I also would like any information on day to day living in the area.

My name is Gilles Vallucci, I grow up in Lyon France, but my parents from Arpino always make certain I will never loose my roots and for 16 years from age 3 months to 16 they make sure I spend one to two months in my grand parents farm. Now 56 and having survived one stroke 2 heart attacks and triple by pass recently I can wait to retire their. The aroma of the seasons, living with simplicity even though life as changed, the kindness of people, generosity it’s exiting. Over the years and new generation life as changed but still basic of simple life remain….. Anyone from Arpino out their?

I am trying to find information about my great grandmother Luisa Anita (surname possibly Mazzella or Battaglia). As far as I know she was born in Arpino in 1866 possibly the daughter of a doctor and his housekeeper. She came to London and married my great grandfather Antonio Cervini in 1883.

Any information would be gratefully received.

I am trying to get verifiable information about an old Orphanage that was used in the 40’s & 50’s and later sold and it was a local hospital, better known as: Ospedale S Croce. It is now closed. I believe I was there when I was 4 or 5 years old and then adopted to America in 1956. Can any one help me with any information on this building. Please.