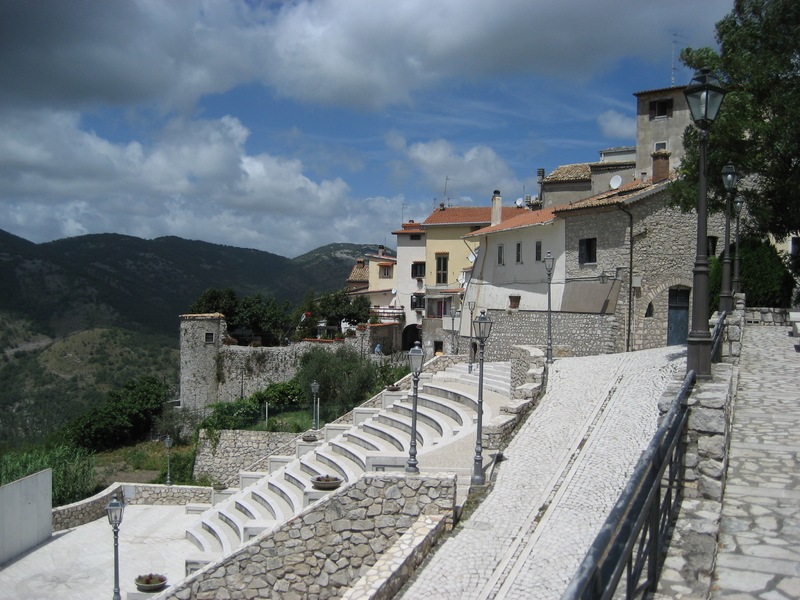 Campodimele is located in the Lazio region of Italy in the province of Latina. The town is located on a steep hill between two mountain ranges, Aurunci and Aussoni. Campodimele, Italy is quite a small town; it is spread over an area of 38 sq km and has a population of only 673. The economy of the town is based mainly on agriculture.

It is believed that the town was first inhabited since the Roman times, after which it was acquired by the Duchy of Gaeta. Alberto Moravia, the writer, had been deported to Campodimele and his novel La Ciociara had been written based on the happenings in the town at the time.

Campodimele is located close to the city of Latina. Latina is quite well connected to most of the cities in Lazio and even to some of the larger cities in the other regions of Italy. Visitors can easily reach Lazia from anywhere in Italy and then take a bus to reach Campodimele, Italy. Buses depart every hour from the main bus station in Lazia so getting to the town is fairly easy. Campodimele is also well connected to the other smaller towns in the province by state buses. Visitors who have their own car can also drive down to the town.

The easiest way to move around in Campodimele, Italy is by foot since it is quite a small town and there aren’t many places to visit. Almost all the major tourist attractions can be visited on foot. There are also a few pedestrian streets in Campodimele which are quite beautiful, so walking around the town would be quite enjoyable. Another option is to travel by the local buses used by the residents or to move around by car. Most of the areas are traffic-free in Campodimele and parking spots are easily available.

The most interesting attraction in Campodimele, Italy is the ancient walls. The walls had been built around the town in the 11th century to make it a fortified structure to protect the town from invasions. There were large gates incorporated in the walls to allow entry inside the main town. Quite a lot of the walls are still intact, although they have been damaged extensively over the centuries.

The church of San Michele Arcangelo was built in Campodimele in the 11th century. The church has been built at the exact site where an old pagan temple had existed for centuries before it was damaged. The church has an interesting architecture because of the mix of various features. Over the centuries the church has been renovated several times, which is why there are different architectural elements incorporated in the façade of the church. The interior of the church is elegant and understated with beautiful paintings and artworks done by the artists of the region which were collected over the centuries.

The church of Ananziata had been built in Campodimele, Italy in the 13th century. Although not very large, the church is still worth a visit. The façade of the church has been kept fairly simple and plain and has beautiful elements that were typical to this region in those centuries. The interior of the church too reflects the façade, with its plain and simple decorations. The altar has been beautifully made and there are a few paintings inside the church which were presumably made by the local artists.

Campodimele, Italy is a small town, and it does not attract many tourists. For this reason, there are only a few hotels in the town. Also, since Campodimele is located quite close to Latina most visitors prefer to stay in the city since there are several options available there. There are only a handful of small hotels and Bed & Breakfasts in the town. Most of these are located close to the center of the town and are family-run establishments that have been converted from old villas. However, visitors can stay at the hotels that are located in the nearby towns of Fondi, Latina, and Ventotene which are located only a few kilometers from the center of Campodimele.

Campodimele has very few restaurants and eateries. Most of the places that serve food in Campodimele are where the locals like to eat. There are a handful of small restaurants, pizzerias, and trattorias that serve local Italian food and dishes that are typical to the region. Food in Campodimele is very simple, traditional, and wholesome. There are also a few taverns and bars in the town that serve light appetizers and snacks which are traditional to this part of Italy and wine as well as other types of drinks. Some of the places to try in Campodimele are Ristorante Pizzeria La Longevita, Ristorante Albergo La Pergola and La Stuzzichino Dei Caprichio.

There are a small number of shops in Campodimele, Italy where locals do their shopping. Visitors can explore the older section of the town that has old-fashioned markets and tiny shops that sell locally made products. Some of the shops here have smaller gift items and souvenirs which can be purchased by visitors. There are also a few shops that sell terracotta pottery, but it’s best not to purchase them since these are not of excellent quality. Campodimele is mainly an agricultural town so the best thing to purchase from here would be locally made pasta, olive oil, and cheese. Since the town is not famous for its crafts it’s best not to purchase them from the shops in Campodimele.