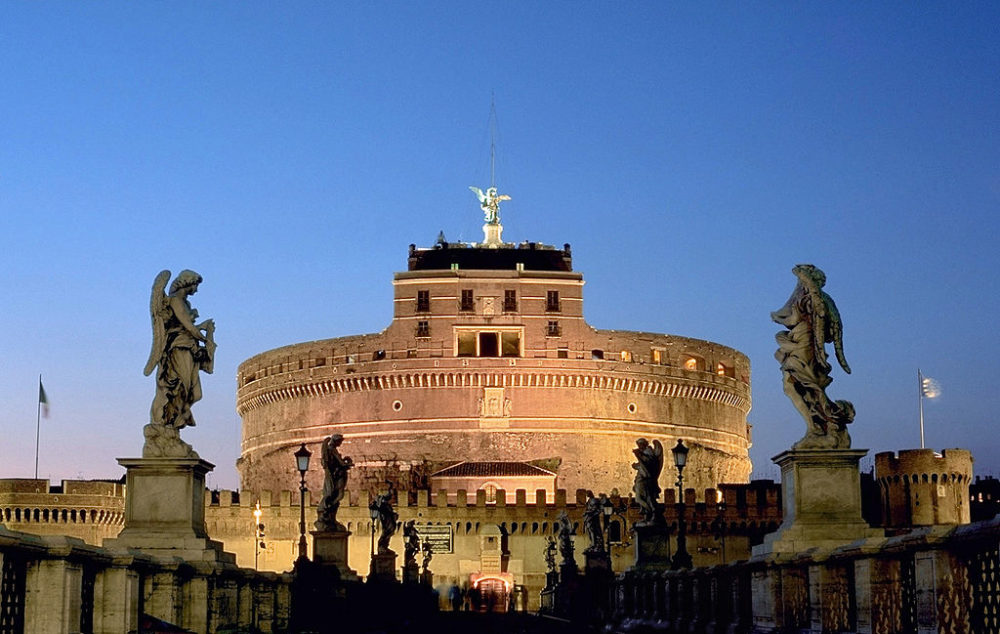 The region of Lazio, Italy is rich in castles and contrary to what people may think, they are not all in Rome.  Through the region, wonderful buildings await to be discovered! Castles in Lazio, Italy, here we come!

Castles in Lazio by the sea

Located less than one hour from Rome, the hamlet of Santa Severa hosts a Norman castle built in the 11th century. The castle was probably erected on another building, as its height seems to suggest, and the current architecture is the result of several additions made throughout the centuries: it has four crenelated towers and three walls. It is possible to visit it on special events, which are frequently organized during the summer. From the beginning of July until the end of August the agenda is full of events and exhibitions, and the price of the ticket is not expensive.

The castle of Palo is another of the castles in Lazio that you should see. It is situated in Ladispoli and it faces the sea. The castle was built for military purposes: it is a fortified building with a dominant, tall structure surrounded by wood that covers several hectares of land. It is the property of the family Odescalchi and it can only be visited outside. However, it can be booked upon contacting its owners for weddings, fashion shows, and special events.

The castle of Odescalchi di Santa Marinella is situated in the town of Santa Marinella and it was built in the 15th century on the ruins of a fortified rock to protect against external attack. This castle is by the sea and it has a solid architectural structure with circular towers at the corners. Another beautiful one of the castles in Lazio!

The tower is particularly famous because its walls sheltered Conradin of Swabia while escaping from Charles of Anjou. It is in the southern part of Anzio, just next to the sea. It is a fortified tower with a square plant, situated next to an ancient Roman villa.

Other castles in Lazio, italy

A walk through the castle of Sermoneta

This castle is situated in the province of Latina, in the southern part of the region. It was built between the 13th and 16th centuries. In the course of time, some elements, such as the fortress of San Sebastiano and other fortifications, were added. This castle is particularly famous because it was the last residence of Pope Celestino V and it was a property of the powerful Caetani family of Bonifacio VIII.

The castle of Bracciano was built for military purposes in the 15th century and several families owned it before ending in possession of the Odescalchis. The castle is a great example of Renaissance architecture and it has crenelated towers and strong walls; in the course of time, it became more and more elegant as it was later used as a house. The last renovation works were carried out in the 19th century and the castle still keeps that aspect making it one of the most beautiful buildings in the region: for this reason, it has been chosen by many an Italian celebrity as the setting for their weddings.

This castle is in the town of Itri, Province of Latina. Its architecture is rather original, with a cylindrical tower that connects to the main body of the castle, a tall square tower, and a polygonal tower. It is particularly famous for having hosted several renowned people such as the noblewoman Giulia Gonzaga escaping from the pirate Barbarossa, or the poet Torquato Tasso.

Not far from Rome in the town of Ostia, you will find the castle of Giulio II.  The castle was built on a fortified tower in the 15th century; the most beautiful elements of the building are the circular towers at the corner. The castle is famous, as its name tells because it belonged to pope Giulio II Della Rovere. Definitely, one of the castles in Lazio you should see!

The top of the castles in Lazio

When you walk by the Tungotevere of Rome in the direction of the Vatican you will inevitably see Castel Sant’Angelo. The castle faces the Tiber and it was the residence of several popes, who also built the walk outside, to help to reach the Vatican in case of danger.  The castle is known to have been the place of imprisonment for many a humanist, including Giordano Bruno and Benvenuto Cellini. Castel Sant’Angelo is one of the most remarkable landmarks in Rome, and it should be also on top of the best castles in Lazio that you must see!

Castel Sant’Angelo takes its name from the bronze statue placed on its roof,  and finds its origins in Imperial Rome, as it was created on the ruins of Emperor Adrian’s sepulchral mausoleum.

This castle of Fumone is in the province of Frosinone. It is a military fortress dating back to the 9th and 10th centuries and its name is linked to the fumate, smoke used to warn about the arrival of the enemy. The castle, apart from being the prison of pope Celestino V and Gregorio VIII, is linked to a popular ghost story. According to it, Emilia Caetani Longhi, once the lady of the castle, had her 5-year-old son embalmed after his untimely death,  and her ghost is said to visit its remains every night, still today. The castle also includes a suspended garden, one of the highest in Europe.

The castle is situated in Bagnoregio, near Viterbo, which is a borgo founded by Earl Girolamo Cellesi of Pistoia. The name is linked to the Cellesi family and it has medieval origins. Its architecture recalls that of a fortress, as it had been originally erected with defensive purposes and only at a later stage became a home.  The building has a round shape and this led to the hypothesis of the existence of a Roman theatre before its construction.
Did we get you interested in the medieval beauty, the castles of Lazio?

Check out this series of fantastic videos to get an even better idea of how fantastic they are: