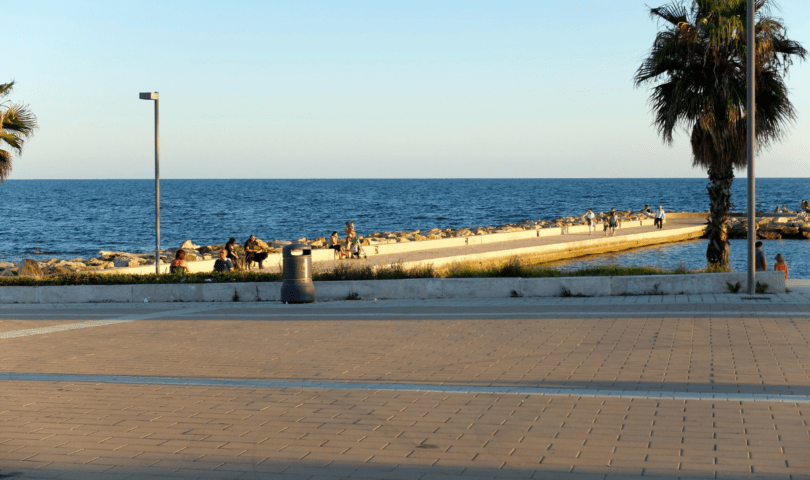 Civitavecchia is a port located in the region of Lazio, used by cruise ships when stopping in Rome. The port is located on the Tyrrhenian Sea and is 80 km from the city of Rome, across the River of Mignone. The harbor of Civitavecchia, “ancient town” in Italian, is formed by two moles along with a breakwater, on which a lighthouse has been built. According to scholars, the town was built on an early Etruscan settlement. The harbor itself was built by Emperor Trajan in the 2nd century. In the Middle Ages the port was captured by the Byzantines, in 828 it was dominated by the Saracens, and after that, the port became a part of the Papal States.

Civitavecchia is a very important port in Italy and is very well connected to Sardinia and several other regions. Visitors can reach the port by ferries from Toulon, Corsica, and even from Barcelona. It is the main port of Rome and offers various docking facilities to the cruise liners that travel the Mediterranean destinations. From the main town visitors can take a train to the main station in Rome and from there can travel to just about any point in Italy, as Rome is very well connected to most places in the country. Those who are traveling by car can take the Genova-Rome A12 highway and then exit at Civitavecchia, Italy.

Moving around Civitavecchia is quite easy since the town is a major tourist location and an important port for arrival and departure to various Mediterranean locations. Every year hundreds of ferries, cruises, and ships traveling the Mediterranean Sea stop at the port. From the port itself, visitors can depart for France, Spain, Sicily, Corsica, and Sardinia and even to North Africa. Within the town, visitors can move around using shuttle services, public buses, and taxis. Those who have their own cars can easily drive around to the various parts of town. Walking around is also a good option since the streets are quite pedestrian-friendly.

Most tourists arrive in Civitavecchia, Italy for departing to various other locations by cruises or ferries. On its own, the port is not really a tourist destination, but rather a middle point or a junction that connects visitors to various parts of Italy and even to other countries. However, there are things to see for those planning to spend a day or two in town.

The large fort of Michelangelo is the most visited place in Civitavecchia. The fort was first commissioned by Pope Julius II in order to defend Rome’s port. The construction of the fort was completed under the supervision of Antonio da Sangallo, Paul III, and Giuliano Leno. The maschio tower is the most noteworthy feature of the fort, the upper part having been designed by Michelangelo himself. There are four towers in the complex and the main tower of the fort is in an octagonal shape. The fort was built over the remains of a Roman monument, which may have been the barracks for Roman mariners, possibly for the Imperial fleet.

The Castle or the Rocca of Civitavecchia, Italy has existed in the town for centuries and was rebuilt by Pope Sixtus V in the 15th century. In the next century another beautiful palace, Palazzo Apostolico, was added to the complex by Pius IV. The beautiful castle is definitely worth a visit for its noted architecture.

The Roman Baths have located a little ways from the main town and are known as Terme Taurine. These baths have been in use since Roman times and are still very popular among the locals. Along the various hot water, pools are fig plants, the basis for the modern name of the baths.

The Cathedral of Civitavecchia is dedicated to San Francesco d’Assisi. It was built on the location of an ancient Franciscan church in 1610. The architecture of the Cathedral today is a mix of neoclassical and baroque and the present-day edifice dates back to the 18th century. The interior of the cathedral has been elegantly decorated and is not to be missed.

An interesting place to visit is the dock of Civitavecchia. Civitavecchia Port is frequented by large cruise liners that travel across the Mediterranean Sea to various destinations. Ships and cruises depart from this dock to various locations in Europe and North Africa. From here visitors can take a day excursion ferry for visiting the nearby islands and the city of Rome.

Due to the influx of visitors to the town traveling to other parts, many people stay a night or two in Civitavecchia, Italy so there are many accommodation options in the town. There are many hotels, luxury as well as budget, and many small Bed and Breakfasts that offer inexpensive rooms to tourists who want to spend a night. Some of the best known hotels in Civitavecchia are Hotel San Giorgio, B&B Casamica, Hotel De La Ville, Albergo Hotel Miramare and the Hotel Bramante.

Eating out in Civitavecchia

There are dozens of good restaurants, cafes, pizzerias, and trattorias in Civitavecchia to choose from. The area around the main train station and close to the port line has the most eating options.

The shopping choices in Civitavecchia, Italy are limited. Apart from the markets where the locals do their shopping and some of the tourist-oriented souvenir shops there are not many shops to stroll through in the city.