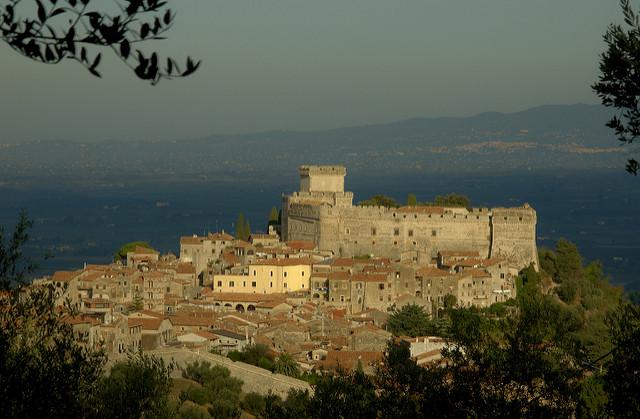 With 119,804 inhabitants, Latina is one of the youngest cities in Italy, pretty much built from scratch in 1936 during the Fascist era. Differently from other towns, Latina doesn’t really have any ancient historical elements, and all the buildings seem to be square and to follow the classic/futuristic style that Mussolini wanted in the modern cities: functionality, large spaces, and truly organized dwellings. Let’s discover Latina, Italy.

Latina, Italy is located in the middle of what were once swamps and wetlands, drained by Mussolini to create agricultural land that Italy could benefit from. After this massive operation, expert farmers from the north were asked to move there to grow crops and develop the area. The result was a success, making the countryside of Latina, the Agro Pontino, a very important site in the rural sector at a global level.

Indeed, besides ordinary vegetables, today this area specializes in the growth of kiwis, actually being the second-largest kiwi producer in the world, just after New Zealand. Interestingly, the eucalyptus, another plant typical of the ‘Down Under’ side of the world is very common in the Agro Pontino. Economical success was in the DNA of Latina, and indeed the city took full advantage of the ‘Italian economic miracle’ in the ’60s when many sites became the home of large plants that moved south. However, after the ’80s Latina experienced the reverse with plants closing down and a strong return to its agricultural origins. The city’s standards of living dropped but not those in the province, which remained active and rich.

The province of Latina in Italy is also very beautiful from a natural point of view, featuring Mount Circeo with its national park, the gorgeous beach of Sabaudia, and the very pretty city of Terracina. Being so close to Rome, just one hour drive, that area is a phenomenal place to enjoy the sea. Many actors and wealthy people own estates there, making Sabaudia and Circeo a sort of little Hamptons of Rome.

These are the main tourist attractions of the area, and as the city is far from being an artistic center if traveling through Italy, Latina can easily be missed. However, the natural aspect of its surroundings should not be ignored but certainly visited.