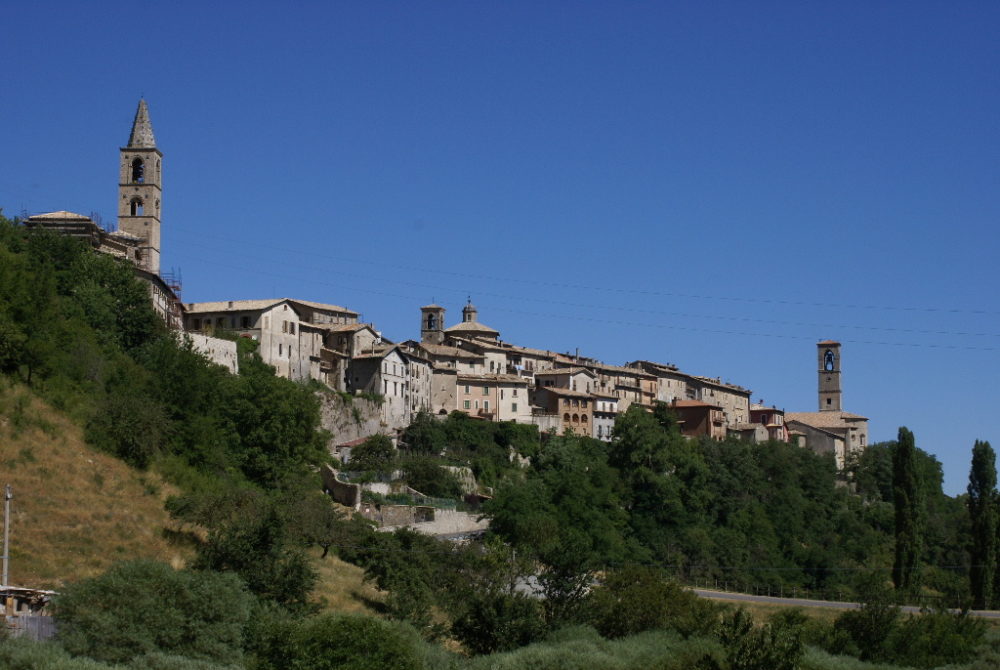 Leonessa is a town located in the Lazio region of Italy in the province of Rieti. The town is located in a plain at the foot of Mount Terminillo. Leonessa is spread over an area of 205 sq km and has a population of close to 2500. Let’s discover together the town, the Leonessa cellars, and what Leonessa winery is out there to visit!

Mount Terminillo is one of the highest mountains in the Apennine range and during winters Leonessa becomes a famous place for skiing. During summers, there are quite a lot of people who come down to Leonessa from Rome to enjoy a relaxing vacation and to enjoy its natural beauty. The town is mainly known as the birthplace of St. Giuseppe di Leonessa.

The church and sanctuary of San Giuseppe Da Leonessa are one of the most important places to visit in Leonessa. The church is quite breathtaking and has been beautifully decorated. The construction of the church began in 1629, although it took almost a century for the work to be finished. The architecture of the church is late Baroque style and many changes have been made to the façade since its construction.

The most impressive fact about the church is that it is built over the home where the Saint had lived and his body is placed over the main altar. The church has a corner where various items found from the saint’s home have been preserved. The interior itself is quite beautiful, with various paintings and frescoes. The dome is completely painted with biblical figures.

Leonessa has more than a dozen churches, and the church of San Francesco is among one of the best in town. Although the church looks unfinished from the outside, inside it is breathtaking. The church is quite large and the interiors are decorated with frescoes and paintings. There is also a beautiful Nativity scene and a large red carved stone door. There is also a cloister and a crypt, although the crypt is actually a different lower church altogether. The lower church had been discovered at the location and has been restored, some of the frescoes found here are quite stunning.

The church of San Maria Del Popolo is another noteworthy church in Leonessa. Although it is smaller in size than the other two churches, it is in fact beautifully decorated inside with artworks, frescoes, and sculptures.

Museo civico De Leonessa is the civic museum of Leonessa. The museum is quite large and provides ample information on the history, culture, and background of the town. The museum also showcases some archeological remains that have been found in the region over the years and a small art collection of the works of the local artists.

Getting to Leonessa, Italy

Leonessa is located quite close to Rome and Rieti. Visitors can get a bus to Leonessa from either of these two cities from the main bus stations. Buses generally leave from these cities for Leonessa every few hours and the tickets are available at the station. Leonessa is also well connected by bus to the other smaller towns in the province of Rieti, Italy. The easiest way is to drive down to Leonessa from Rome or from Rieti, the drive only takes close to an hour to reach the town. The highways are in good condition and the road leading up to Leonessa is quite picturesque.

Leonessa is not a very large town; there are only a few places to visit in town which are all concentrated close to the center. Those who have their own car can easily drive around the town since parking is easily available. Exploring the town on foot is also very convenient and enjoyable since the streets are very pedestrian-friendly. The local buses in Leonessa cover all the main quarters of the town and connect it to some of the neighboring villages and towns too.

Although Leonessa is not a very large town, it does have plenty of hotels and Bed & Breakfasts since many tourists come to the town in winter for skiing. Most hotels are located close to the bus station and around the center of the town. There are also plenty of inexpensive hotels located on the outskirts of the town. Some of the best hotels in Leonessa are Leo Hotel, Hotel La Torre, and Residence Da Tonino. There are also a few holiday homes, villas, and country homes available on rent for tourists who plan to stay in Leonessa for a long.

There are plenty of good restaurants and options for dining out in Leonessa. In recent years, because of the growth in tourism plenty of new restaurants, pizzerias, cafes, and bars have been established in the town. While most restaurants serve local Italian cuisine and regional dishes, there are also a few which serve other European dishes and fast food. Some of the best known restaurants in Leonessa are Trattoria Pizzeria Da Giuseppe, Ristorante Leon D’Oro, Trattoria Alesse Di Tamburi Felicita and Pizzeria La Prima Ruota. There are also many bars and cafes located throughout the town that serve light lunch dishes and appetizers.

The Leonessa cellars and Leonessa winery is really famous attraction of the town. Wine lovers and those who’re looking for some great agriturismo experience in Italy, Leonessa might just be the perfect fit, that’s also really close to Rome. Some Leonessa winery we’d highlight to visit are Vino e Olio da Natascia, Cantina Le Macchie, Cantina Campigliano, and Cantina Annesanti. In Leonessa, Italy you can taste some of the finest Italian wines that include the Chianti as well – though it’s not a speciality of the Lazio region.

Leonessa has plenty of places to shop. There are a few small shopping streets in Leonessa that are lined with shops selling clothes, shoes, jewelry, bags, and various other things. The older section of the town is more traditional and has several smaller shops that sell locally made products and souvenirs like terracotta pottery, wooden sculptures, small artisan shops selling paintings at low costs, and various other things. Leonessa also has many wine shops that have an impressive collection of Italian wines which visitors can purchase; those coming to town can also purchase olive oil.