Have you noticed that peculiar pavement of dark cube-shaped stones that the roads of Rome are paved with? These stones are called ‘sampietrini’ and the treacherous space between one another make them a high-heeled lady’s worst nightmare. As for the drivers: hit the brakes on a wet sanpietrini pavement, and you’ll wish you had ice-skates instead of wheels. Most of Rome’s historical center and main streets, are paved with Sampietrini since having space between one another, allows the soil to breath. It also adheres itself, perfectly to the ground’s shape and, being of solid volcanic rock, can withstand heavy loads of traffic. These small cubes are cut into a half-cone like shape, about the equivalent size of a ‘quadruccio’ (small Roman brick), but people prefer to call them with their popular name: Sampietrini. These volcanic basalt cubes are as much a part of Rome’s scenery as the Coliseum, and Romans are very affectionate to them. Unfortunately, Rome’s city hall is slowly doing away with them, since they’re too noisy and dangerous for local traffic. 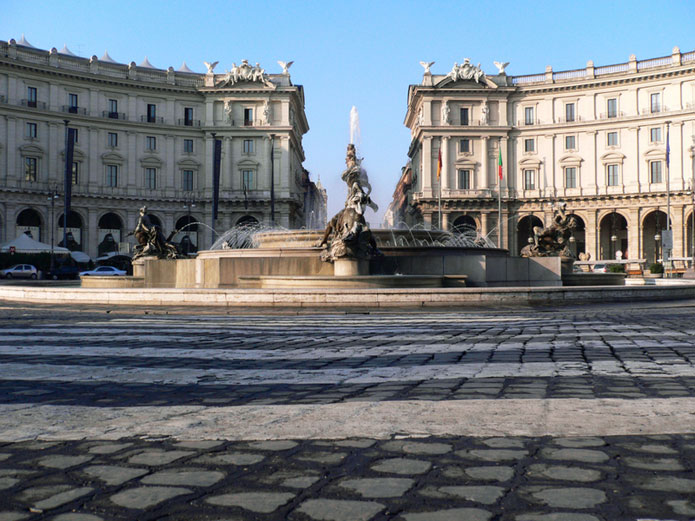 The name sampietrini, (also known as sanpietrini) derives from the maintenance workers name – Sanpietrini – who took care of the the furnishings and decorations, and were keepers of St. Peter’s Basilica in the Vatican. This term was created in 1725 by Monsignor Ludovico Sergardi the Vatican’s supervisor to the St. Peter’s workshop. After a carriage carrying Pope Sixtus V almost tipped over due to the bad pavement condition of St. Peter’s square, he decided to pave the square with these characteristic basalt cubes. Later these stones were used to pave the rest of Rome. The name ‘Selciarolo’ – from the Roman dialect ‘selcio’, which is the name of the stone that forms the pavement – was, and still is today, the worker who actually cuts and sets the Sampietrini pavement into place.

The major problems associated with sampietrini is that they get very slippery when wet and, being irregularly shaped, are uncomfortable and noisy to drive on. Last but not least: Sampietrini needs a lot of maintenance since the cubes are not fixed into the ground with cement or any other bonding agent, but are, simply, ‘hammered’ into a sand-bed. 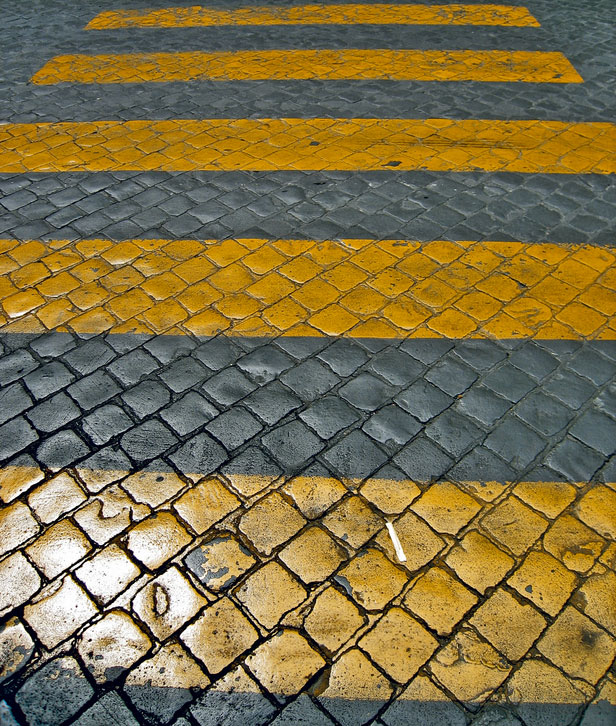 Nowadays, sampietrini are being replaced in much of Rome but are still used in slow traffic areas, such as the center of Rome like Trastevere, and will surely remain part of the local Roman culture.

An interesting note: these basalt cubes were also used to pave the streets of Bologna in Emilia-Romagna, and are therefore, locally called ‘Bolognini’. 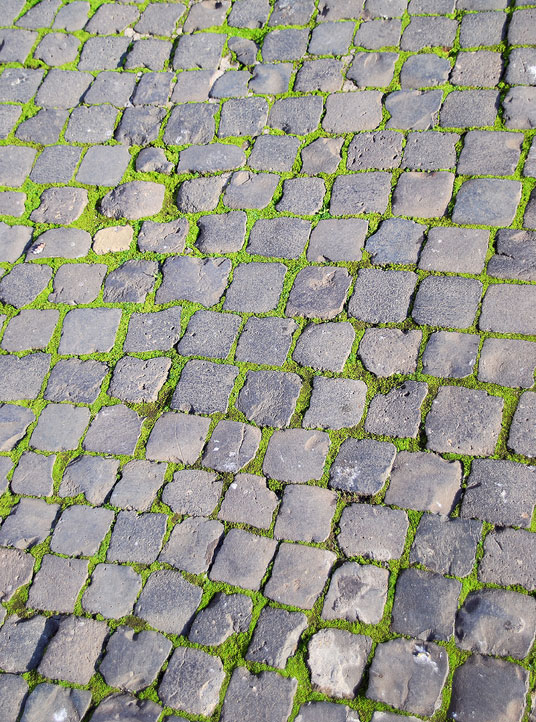