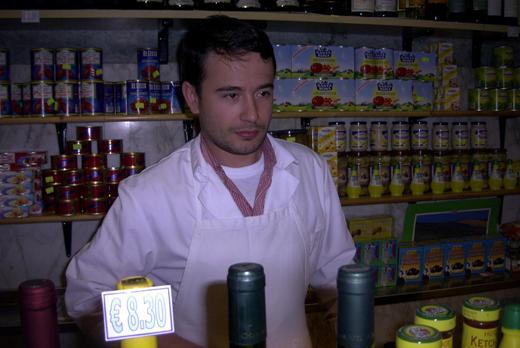 The Bird’s the Thing

Every continent has a form of “thanksgiving:”  Africa has Kwanzaa, India has Pongal and China has the August Moon Festival. Even in Italy, when the country still was a predominantly agricultural society, the time of harvest was associated, from north to south, with celebrations and fairs, some of which are still alive today. This is all to say that cultures celebrate the end of the harvest with a shared feast of the bounty, which is exactly what Thanksgiving is. So, let’s see how is thanksgiving in Rome!

However, celebrating a traditional holiday outside your native country can be challenging. If you are familiar with the way North Americans celebrate Thanksgiving (both in the US and in Canada), you will know it involves leaps of food, like, loads of it. The issue is that, very often, the ingredients needed to prepare a quintessential Thanksgiving feast may not be so easily available in the country where you live, which means you may need to get organized a bit in advance.

Where can I get the right ingredients for thanksgiving in Rome?

Let us take the most essential of all Thanksgiving’s ingredients, the turkey. Well, finding whole turkeys in Italy is not a given, as it is not consumed a lot.  The store manager at a neighborhood supermarket gave me a blank look when I asked when the tacchini interi, or whole turkeys, would arrive, and then said mai – never. And it is not like you can make a substitution and no one will notice: you just cannot have Thanksgiving pork chops or Thanksgiving strip steak. Thanksgiving requires turkey.

Talking turkey with your local butcher or macellaio is apparently the way to go. With a week’s notice, sometimes less, a turkey can be special-ordered and readied for pick-up. Jill Peacock (originally from Erie, PA) orders her bird from her local supermarket, Emme Più, in Olgiata. Alison Lewis, who hails from Chicago, spent her first Thanksgiving in Rome last year. She waited a little too late to order and was relegated to purchasing proxy poultry, a chicken. Mauro Ciafani, a butcher in Trastevere, said it is not only Americans that order whole turkeys, though not many Italians do. A sign in the display case pictures a turkey and advertises turkeys stuffed with chestnuts or plums, an appetizing variation.

Having discovered the secret to securing a turkey, it is time to begin the hunt for the other rare commodities. Traditional Thanksgiving dinner includes cornbread stuffing, mashed potatoes and gravy, green bean casserole, cranberry sauce, and pumpkin and pecan pies. Thankfully, some ingredients are not a problem: potatoes are potatoes and green beans are green beans. But at the risk of sounding coddled, how does one make pumpkin pie without opening a can of pumpkin purée? Would it be necessary to haul an entire pumpkin home and whack away at it for a similar effect?

For a thanksgiving in Rome, Kathy Quinn (New York, NY) has made a traditional Thanksgiving dinner for most of the 29 years she has lived in Rome. She still makes homemade pumpkin purée, but she offered this suggestion for those who are less of a purist: Innocenzi, in Piazza San Cosimato, 66, in Trastevere.

This specialty store, owned by brothers Giovanni and Giancarlo Innocenzi, fulfills a niche by stocking a multitude of ethnic products which are difficult or impossible to find in most other Roman food stores. While here, you can also check cranberry sauce off your list. Innocenzi carries other favorites, including Betty Crocker brownie mix, Cap’n Crunch cereal, and Old El Paso tortillas and taco seasoning. They are open 7-13.30 and 16.30-20.00 every day, bar Sunday and Thursday afternoon. You can also ring them at 06-5812725 to check beforehand if they have everything you need.

Oh, nuts! Hazelnuts, walnuts, almonds, cashews, and peanuts are easy to find, but have you tried to locate pecans? Niente! Pecans are mysteriously missing from Italy. After a fruitless search, Alison Lewis substituted hazelnuts in a recipe for pecan pie. Amazed and delighted with the outcome, she discovered that “they tasted exactly the same!” A recent search of Castroni on Via Cola di Rienzo finally netted the elusive pecans.

Things used to be harder if you did not live in a large city like Rome, where there are enough chances to track down special ingredients. However the world wide web came to help and today you can easily source your Thanksgiving essentials online, and have them delivered straight to your door. www.myamericanmarket.com provides a good selection of Thanksgiving essentials, from canned pumpkin to dried cranberries and a wide selection of Bettie Crocker’s cake mixes; you will be able to order here all you need for your Thanksgiving feast.

A few years ago, at a Thanksgiving luncheon sponsored by The American Women’s Association of Rome, the pies did not turn out as hoped:  Sherrie Satta (Tulsa, OK) relayed an incident where the Italian chef “couldn’t fathom that a pumpkin pie was sweet” so, in lieu of sugar, he added salt.

Another year,  Anna Felberbaum, who has lived in Rome her entire life, organized a Thanksgiving dinner for 200 students and faculty at one of the local American universities. Cleverly, she employed an American chef to cook the turkeys and pumpkin pies. She ordered the potatoes from a rosticceria. No strangers to the holiday, her American father and English mother capture the spirit of Thanksgiving each year by inviting other families and Italian friends to share the repast, even adding pumpkin ravioli to the banquet.

Peacock usually invites about 20 Italian friends, who “all love Thanksgiving.” But with so many eager guests, she sounded a bit disappointed that there were no leftovers last year and that the turkey carcass was “picked clean.” And Quinn, who always invites friends and her Italian husband’s family, says “they expect it now.” Who knows, maybe if enough Italians are invited to share Thanksgiving dinner, Italy will make it a national holiday, too. One contributor, who shall remain anonymous, was eagerly anticipating Thanksgiving this year. Her only concern was that her relationship with her Italian boyfriend was a bit unstable and “he’s the one with the big oven.”

Where to grab the ingredients for thanksgiving in Rome?