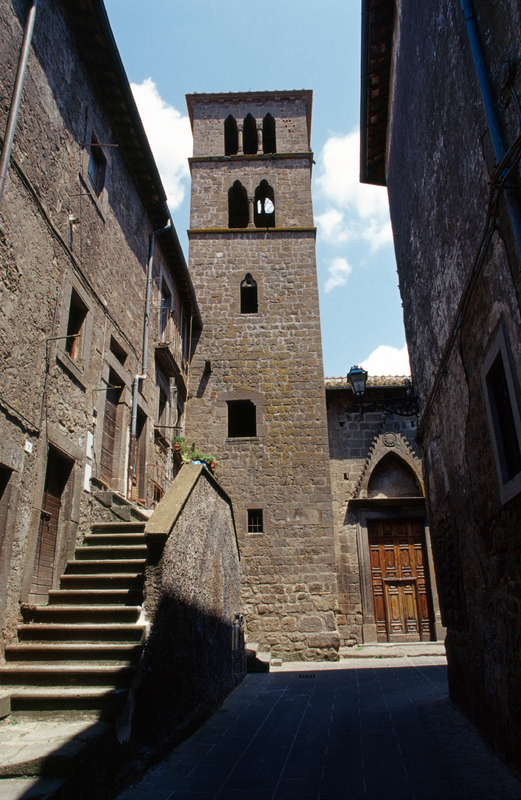 Vitorchiano is a town and commune located in the Lazio region of Italy in the province of Viterbo. The town is located close to the cities of Viterbo and Rome. The town is spread over an area of 29 sq km and has a population of approximately 3600. Nestled amongst the Cimini Mountains, Vitorchiano is famous for the typical grey stone that has been used for construction since the Etruscan age.

The area around Vitorchiano is a hilly landscape with lush woods and rivers. The town has managed to retain its medieval nature and attracts quite a lot of tourists from the surrounding areas that come here to relax in the natural settings.

Reaching Vitorchiano is fairly easy because it is located close to Rome as well as Viterbo. There is a train station in Vitorchiano, several trains departing from Rome stop at Vitorchiano station. Visitors coming from other countries can take a flight to Rome and then reach Vitorchiano by bus or train. The town is also well connected with Rome, Viterbo, and other towns in the province through an extensive bus network. Those who have their own car can drive down on A1 highway, exit on Orte, and then take the Orte-Viterbo highway and then take the Vitorchiano exit.

Moving around Vitorchiano is fairly easy. The center of the town is quite compact and there are only a few places to visit. Most visitors that come to Vitorchiano prefer to explore the town on foot since the streets here are pedestrian-friendly. There are public buses that operate in Vitorchiano, so those who prefer can use them as well. Information on bus schedules and routes is easily available and like in all other towns in Italy, tickets can be bought from the tobacco shops in the town. Many visitors also like to explore the town by renting mopeds and scooters.

Saint Mary’s church is one of the most important attractions in the town. The church has been in town for centuries and major renovations were done in the 15th century, however, it still retains its medieval elements. The church has a lateral bell tower and two decorated entrances. The interiors and the decorations in the church are quite typical of the Southern Lazio areas. The bell tower is quite interesting; it is detached from the main building and has different types of windows. Inside, the baptistery is made with the grey stone that is typical to Vitorchiano.

Saint Agnes Nunnery is located right opposite Saint Mary’s church. The nunnery was built in 1466 and consists of a huge complex of buildings that includes a church in the main courtyard. The nunnery itself is located in the outside garden. The church in the complex has a portal dating back to the 15th century and the altar dates back to the 16th and the 17th centuries.

The snow gate of Vitorchiano has a long history. According to legends, the gate is named so because of a snowfall that occurred on the gate in the month of August. The gate is the only one that provides access to the original Castrum and is decorated with a coat of arms and various inscriptions.

The Town Hall of Vitorchiano is located in Piazza Roma and was built in the 16th century. The Town Hall dates back to the 16th century and was built next to an ancient fortress. The architecture is quite different and the façade is rather severe with the two large windows being the only decorations. The main room of the hall is decorated with beautiful frescoes made by artists from the Viterbo School.

Visitors coming to town would have plenty of options for eating out. The town has many good restaurants, pizzerias, and bars that serve good food. Although most restaurants in town serve local Italian dishes, there are a few that do serve other European cuisines. There are several small eateries that still serve dishes that are traditional to this area and home-style cooking. Some of the best restaurants that tourists can try in Vitorchiano are Ristorante Zaffarano Di Buzzi Paolo, Ristorante Villa San Michele, Pizzeria La Grotticcela and Ristorante II Giordano Snc Di Pianura Franco.

Vitorchiano has many places where visitors can shop. There are a few shopping streets located close to the main piazza that is lined with small shops selling clothes, souvenirs, gift items, clothes, and handicrafts. However, Vitorchiano is mainly known for its agricultural products. The town is famous for its wine, cheese, salami, ham, olive oil, and nuts. Visitors can purchase good quality local wines from almost all wine shops in Vitorchiano. Plenty of variety of olive oil and cheese are available in the food shops.